One unknown soldier of the Machine Gun Corps (MGC) and 3 unknown soldiers of unknown regiments have finally been laid to rest after they were killed during World War 1. The 4 soldiers were buried earlier today (Wednesday 13 June) at the Commonwealth War Graves Commission (CWGC) Loos British Cemetery, France. 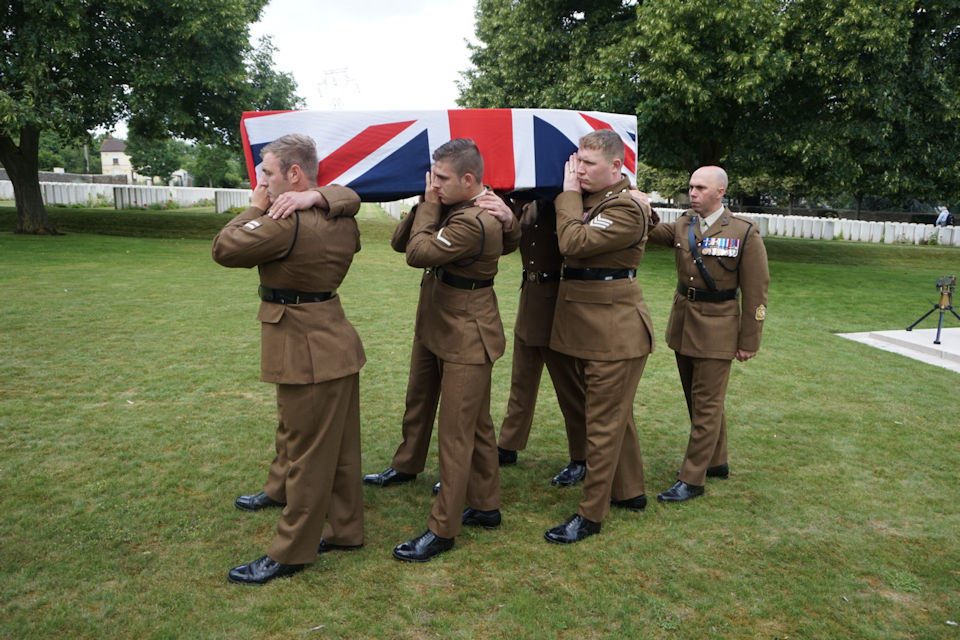 Members of the RTR provide a bearer party for their fallen comrade. Crown Copyright. All rights reserved

The service, organised by the MOD’s Joint Casualty and Compassionate Centre (JCCC), part of Defence Business Services, was conducted by the Reverend Stephen Pratt CF, Chaplain to the Royal Tank Regiment (RTR). The RTR provided both the bearer and firing party for the ceremony. 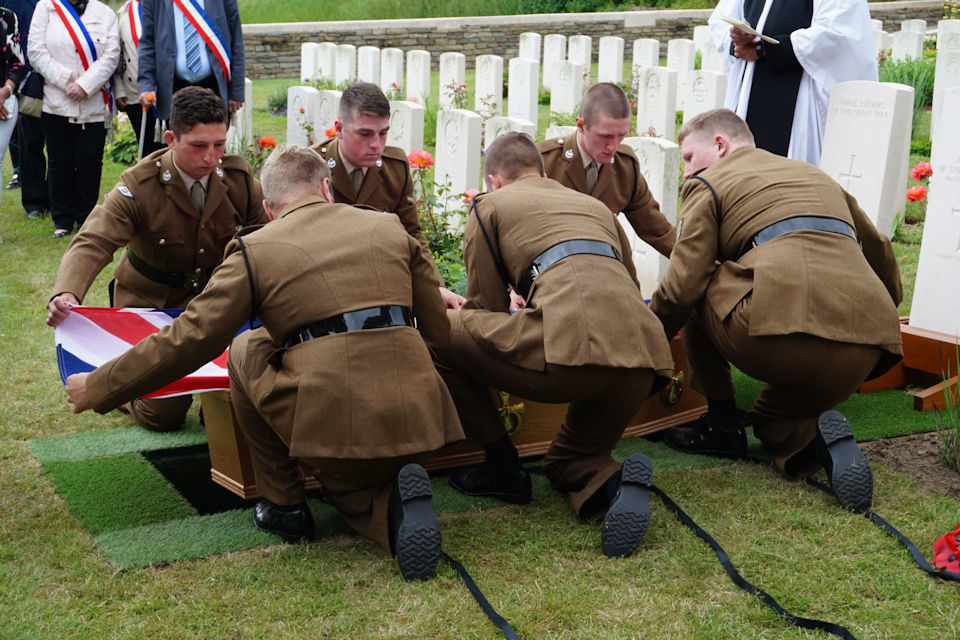 Members of the RTR lay their colleague to rest. Crown Copyright. All rights reserved


It’s a great honour to be here today to lay these brave men to rest, who fought so courageously alongside their comrades. Although we have not been able to identify them, they were still buried with the dignity and respect that they deserved.
​
The remains were found in December 2016 during construction work in the Vendin-le-Vieil area of northern France. Two MGC shoulder titles and a cap badge were found along with the soldiers, plus numerous items of British Army kit.


It was a great privilege to lead the service for 4 unknown soldiers who sacrifices themselves, that we might have freedom.
​
The heavy branch of the MGC was the first to use tanks in combat during the Battle of the Somme and was subsequently amalgamated into the Tank Corps, later known as the RTR. The RTR is the oldest tank unit in the world and the regiment has been deployed on all major conflicts since the end of World War 2. The RTR recently celebrated their Centenary and are fiercely proud of their history.


I am deeply honoured and moved to have been here today. The Machine Gun Corps and Tank Corps is in our DNA. We who are the current custodians of the Regiment and of what came before us, will never forget the sacrifice and immense debt which we all owe to them and especially to all the Officers and Soldiers of the Machine Gun Corps and Royal Tank Regiments who have made this Regiment what it is today.
​ 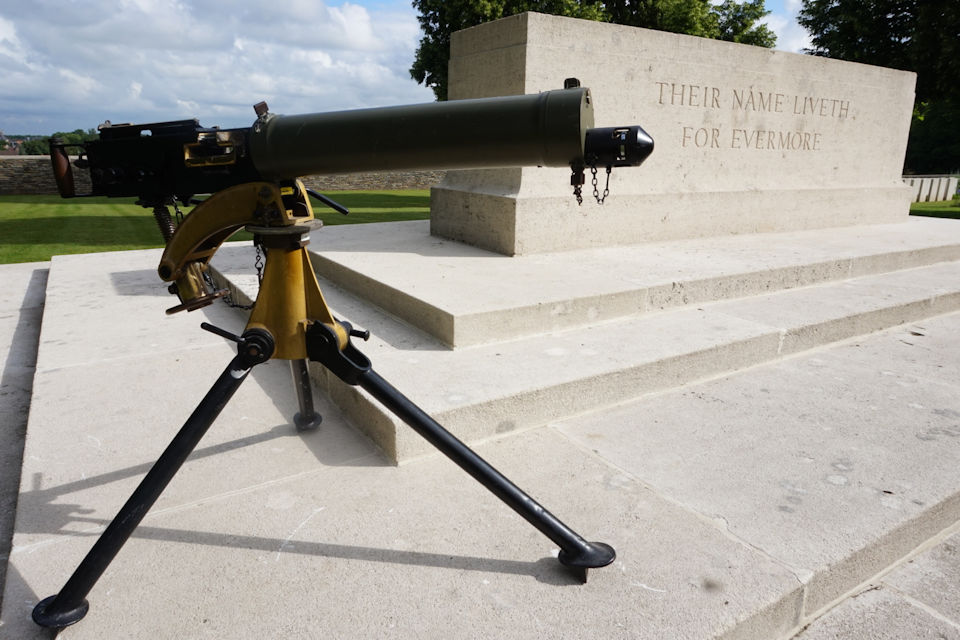 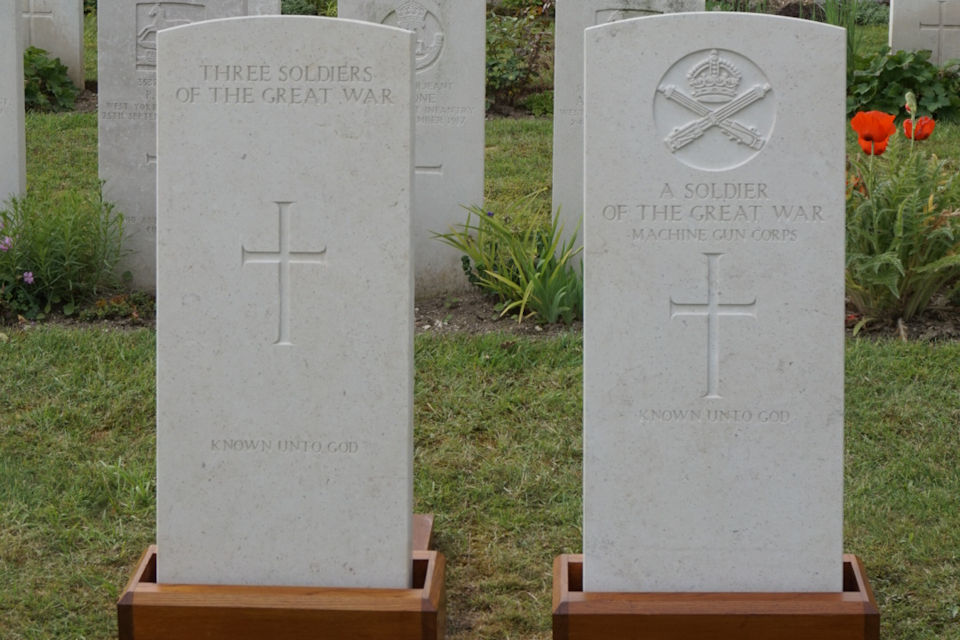 News story: British army officer killed during WW1 is honoured as he is laid to rest