Ministry of Defence said:
The Foreign Secretary William Hague met President Kenyatta and discussed Kenya’s significant contribution to Somalia and bilateral relations.
The Foreign Secretary and President Kenyatta discussed how best to support the Government of Somalia’s priorities for rebuilding the country; recognising Kenya’s vital role as a neighbour of Somalia, as a troop contributor to African Union Forces in the country, and host to more Somali refugees than any other nation. They also discussed a range of bilateral issues and how the UK and Kenya would work together on regional security, prosperity and development. The Foreign Secretary acknowledged President Kenyatta’s commitment to the judicial process with regards to the International Criminal Court.
Speaking after the meeting, the Foreign Secretary said “I expressed gratitude for Kenya’s significant contribution to bringing security to Somalia through the AU Mission in Somalia, and welcomed the progress made in recent discussions between regional leaders and the Somali President on building political stability in Somalia. We also discussed bilateral relations. The UK is the largest cumulative investor in Kenya, and there are more British visitors to Kenya than from anywhere else. It is in the interests of both our countries to build on these strong ties.” 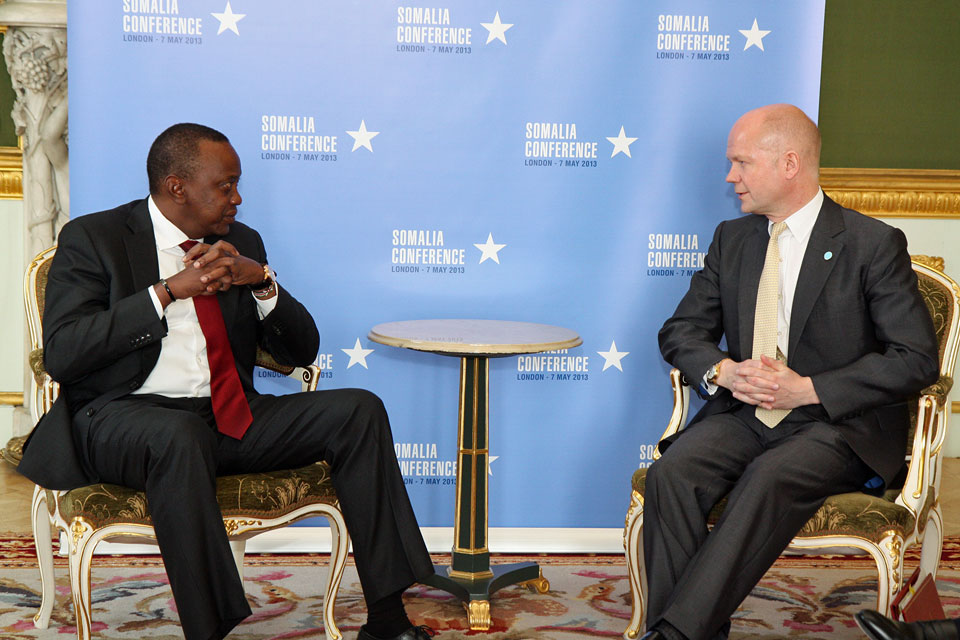 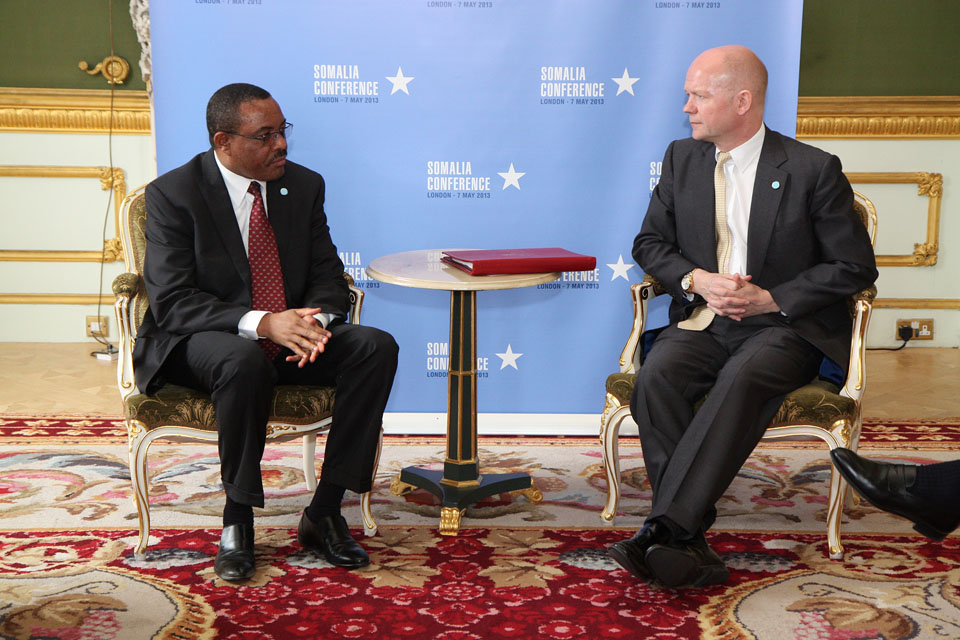 Foreign Secretary William Hague and Ethiopian Prime Minister HailemariamThe Foreign Secretary met the Ugandan Foreign Minister, Sam Kutesa. During a wide-ranging and positive meeting they discussed the UK-Uganda bilateral relationship, Uganda’s leading role in efforts to bring stability in Somalia and eastern DRC, and trade and investment opportunities. The Foreign Secretary also raised UK concerns about the draft Anti-Homosexuality Bill currently being considered by Uganda’s Parliament.
William Hague today met Foreign Minister Mahmoud Ali Youssouf of Djibouti. They discussed how to support the Somalia government’s priorities for rebuilding the country and the Foreign Secretary expressed his appreciation for Djibouti’s contribution to bringing peace and security in Somalia. They also discussed the strengthening ties between the UK and Djibouti and commercial opportunities, ahead of the first ever UK-Djibouti trade and investment forum. The Foreign Secretary also raised recent parliamentary elections and the inclusion of opposition parties. 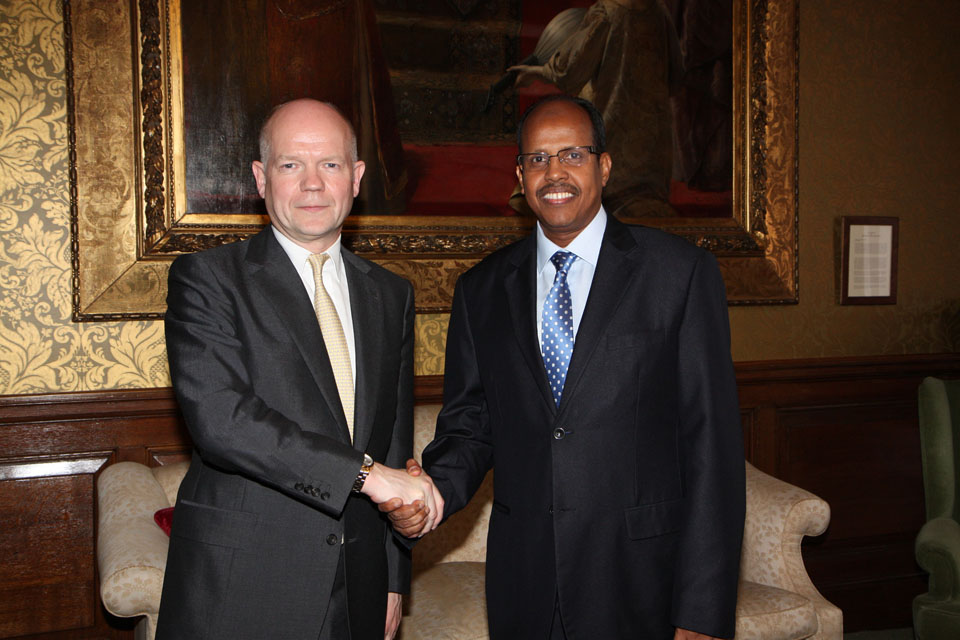 Press release: PM meetings at the London Somalia Conference: 11 May 2017