The first of the UK’s A400M Atlas next-generation military transport aircraft has today been officially unveiled by the MOD at its new home at RAF Brize Norton.

The aircraft will replace the existing fleet of C-130 Hercules which have been the tried and trusted workhorse of the RAF’s air transport fleet for decades.

With a cargo capacity of 32 tonnes and a hold optimised for carriage of heavy vehicles, helicopters or cargo pallets, the aircraft is capable of supporting a wide range of operational scenarios.

The UK is the third country to operate the aircraft, after France and Turkey and the £2.8 billion programme will see a total of 22 aircraft delivered to the RAF in the coming years. 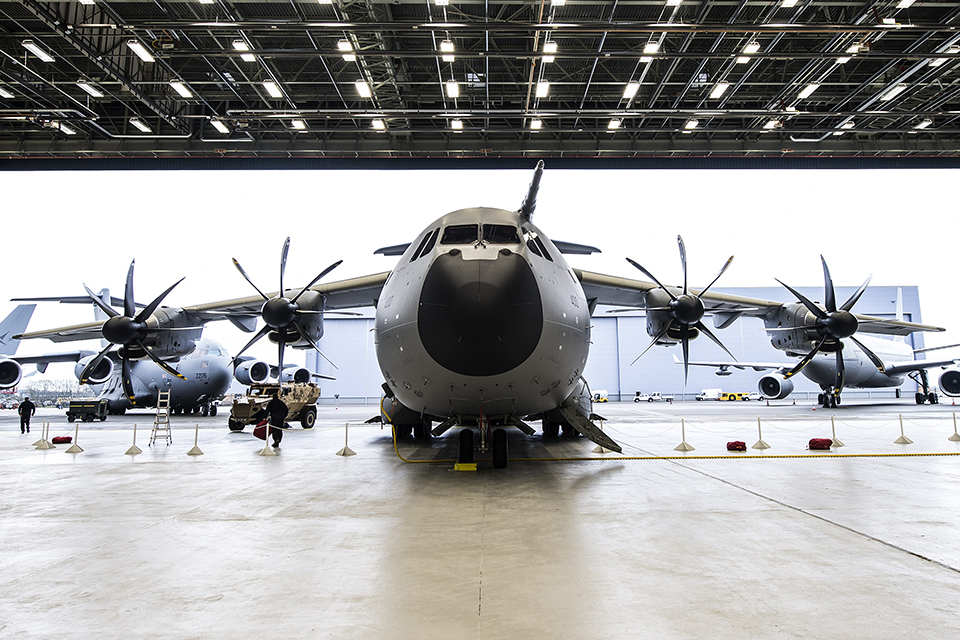 The A400M Atlas can carry twice as much as its predecessor the C130 Hercules [Picture: Andrew Linnett, Crown copyright]


The arrival of the A400M Atlas will greatly add to our defence capabilities – increasing our ability to move troops and deliver military equipment, aid and medical supplies anywhere in the world quickly and effectively.

It will be a huge contributor to future air mobility in the RAF and is a further example of this Government’s continued investment in the equipment our armed forces need, which is only possible thanks to difficult decisions taken elsewhere as part of our long term economic plan.

I know from my postbag how much local people appreciate the loyalty and endeavour the RAF at Brize display on our behalf and the expansion of RAF Brize Norton is good news for us locally.
​
Defence Minister Philip Dunne said:


To have the first A400M Atlas here in the UK is a great achievement.

The programme has been at the forefront of modern technology, with its software, wings and aircrew simulator British-manufactured, creating or securing work for around 8,000 people in the UK.

Working with our European partners and industry we have been able to deliver this world class airlift capability to the RAF to support our servicemen and women as they carry out operations around the world.

We now look forward to a steady drumbeat of delivery of this state-of-the-art transport aircraft over the next few years.
​ 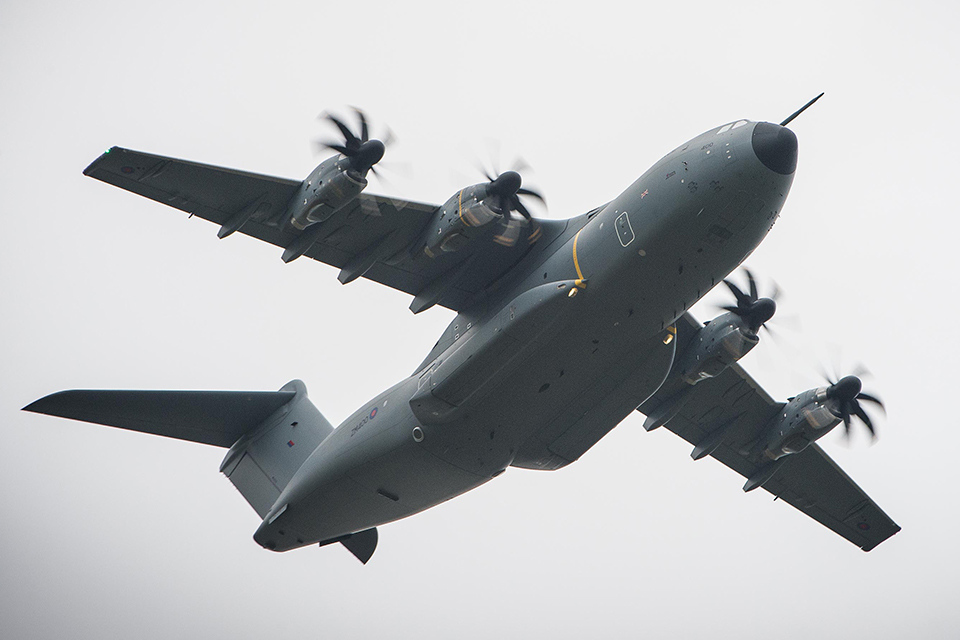 Delivery of the aircraft – which was assembled in Seville, Spain – took place at RAF Brize Norton in Oxfordshire.

This is where the fleet will be based and where its pilots and ground crew will benefit from state-of-the-art training facilities.

The aircraft will give the RAF the ability to move people and equipment rapidly around the globe for military and humanitarian operations – combining the intercontinental range of the C-17 with the ability to do the tactical rough landings of the C-130 Hercules.

The A400M Atlas will be able to transport the growing family of 30 tonne protected mobility vehicles, including the recently ordered Scout fighting vehicle or Foxhound vehicles.

It is also capable of carrying up to 116 armed forces personnel, including paratroopers.