The trainer, based at Tidworth Garrison in Wiltshire, was first introduced in 2005 to train the commander, gunner and loader of an AS90 - a self-propelled 155mm Howitzer gun.

It is designed to allow gun crews to practice their routine firing drills, turret operating procedures and crew duties without the expense of live firing and offers the immersion and realism of firing, with a reduced safety risk and a highly reduced cost. 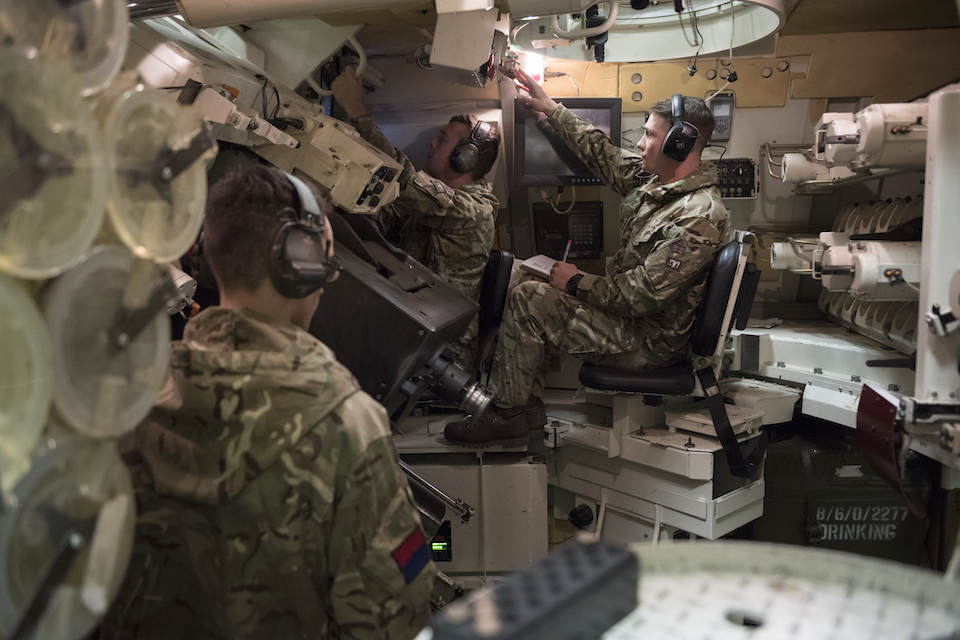 Based on a real AS90 turret, the trainer uses an electro-mechanical system to fully replicate a complete firing cycle. This includes the weight and size of the artillery rounds and the noise and turret movement on firing.

Since the trainer was introduced more than 8,500 soldiers have used the equipment. This experience enhances their safety for when they progress to live firing and allows them to focus on more advanced training scenarios.


This equipment provides high quality training for the British Army that’s also cost efficient. As live firing events are extremely expensive and can be logistically challenging, using the AS90 turret trainer is a great alternative. It also offers immersive training that prepares users for live firing both in practice and on the battlefield.
​
The 50,000th simulated round was fired by Lieutenant General Paul Jaques, Chief of Materiel (Land) at Defence Equipment & Support (DE&S), the MOD’s procurement agency based at MOD Abbey Wood in Bristol.


This firing marks another milestone demonstrating Defence’s innovative and cost-saving approach to deliver effective and worthwhile training for our personnel. I’m exceedingly proud of the team’s work and the benefits gained by the soldiers that get to use the training equipment.
​
The milestone, on February 14, represented savings of approximately £125 million over a 12-year period on the basis that live rounds cost £2,500 per use.

What a waste. Much cheaper just shouting "Bang!"