The grave of Lance Corporal (LCpl) William Loney, a soldier who fought with the Parachute Regiment, Army Air Corps, has been rededicated after almost 3 quarters of a century. A new headstone was dedicated to the 26 year old at a moving service today at Arnhem Oosterbeek War Cemetery, the Netherlands. The service, arranged by the MOD’s Joint Casualty and Compassionate Centre (JCCC), was led by the Reverend Dr Brutus Green, Regimental Chaplain, 2nd Battalion, the Parachute Regiment. 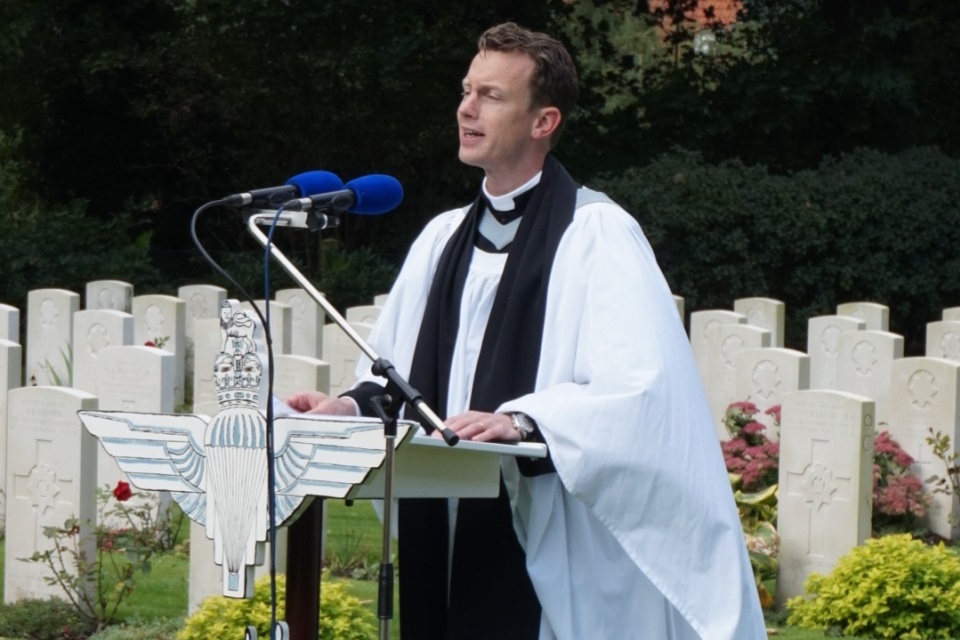 LCpl Loney was born in Westtown, Dewsbury, West Yorkshire on 25 July 1918 and was the son of William and Mary Loney. William and his family were devoted Catholics and attended St. Pauline Church regularly. William was a keen footballer and worked as a labourer in Adams Mill, Dewsbury.


It was an honour to be here in Arnhem during the commemoration week to lead the service for Lance Corporal William Loney. Although his family weren’t able to be here today, he was well represented by his regimental family. It is incredibly important for the regiment to remember brave men like William, and the sacrifices they made for us.
​ 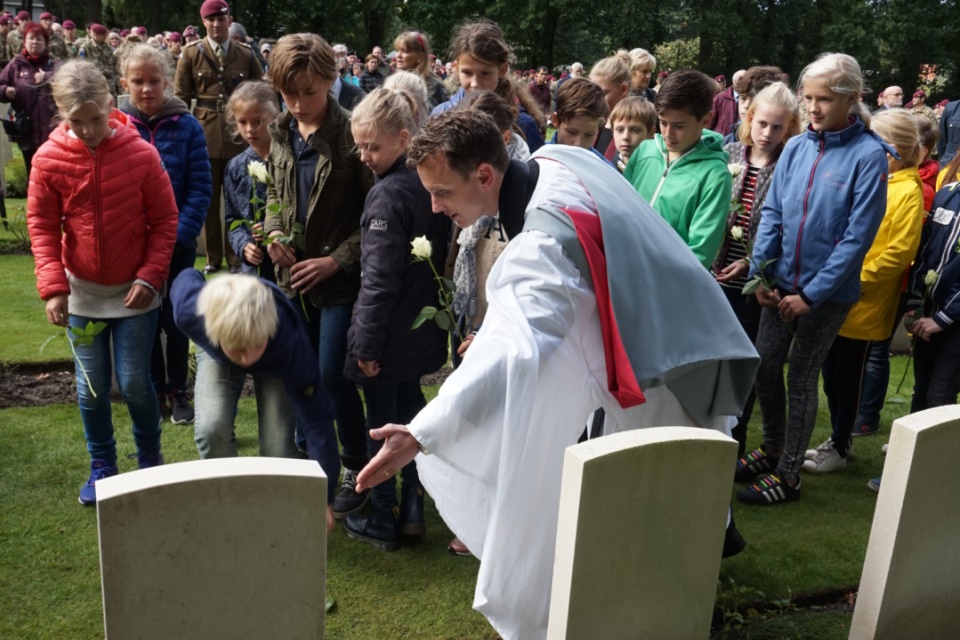 William was called up for national service and received his training as a gunner. He was initially posted to 17 Field Regiment Royal Artillery. William volunteered to join the Army Air Corps on 2 November 1942, where he was enlisted in C-Coy, 2nd Battalion, the Parachute Regiment. William saw action in North Africa and Italy before being promoted to Lance Corporal in June 1944.

As part of Operation Market Garden, C-Coy, 2nd Battalion was dropped on 17 September 1944 on DZ-X at Heelsum. In the evening while entering Arnhem via the Utrechtsestraat as 1 of the leaf scouts for his Platoon, LCpl Loney was killed together with his comrades, Private Norman Shipley and Private Thomas Pratt. All 3 were subsequently reported missing.

William’s burial place had remained unknown, until the grave of an unknown soldier buried in Arnhem Oosterbeek War Cemetery was brought to the attention of the JCCC by the Royal Netherlands Army’s Recovery and Identification Unit. After extensive historical research into this unknown grave and the circumstances surrounding William’s death, it has been confirmed by the JCCC that this grave is that of Lance Corporal William Loney.


It has been a very emotional day for everyone involved in this case. It was fantastic to see so many members of the Parachute Regiment in attendance. It was a fitting tribute to the bravery of William Loney and recognition for the sacrifice he made for our freedom.
​
A new headstone bearing LCpl Loney’s name has been provided by the CWGC, who will now care for his final resting place in perpetuity.