Personnel from 6 nations will spend a fortnight being put through their paces at the York Army Medical Services Training Centre. They will work alongside each other in a simulated field hospital environment practicing realistic deployed hospital scenarios. The medical teams that deploy on North Atlantic Treaty Organisation (NATO) and other coalition operations are typically multinational teams; Exercise CJAS 18 provides an opportunity for these nations to work and train together to provide the highest standards of medical care when on operations.


So far I have been really impressed, we run similar exercises in Germany but not always to the same level of detail as I have received today.
​
Maj Olvetti, an Emergency Medicine Consultant from Estonia said


I am really looking forward to achieving a deeper level of integration, building on the experiences gained by my Estonian colleagues who deployed to Afghanistan with the UK in recent years.
​ 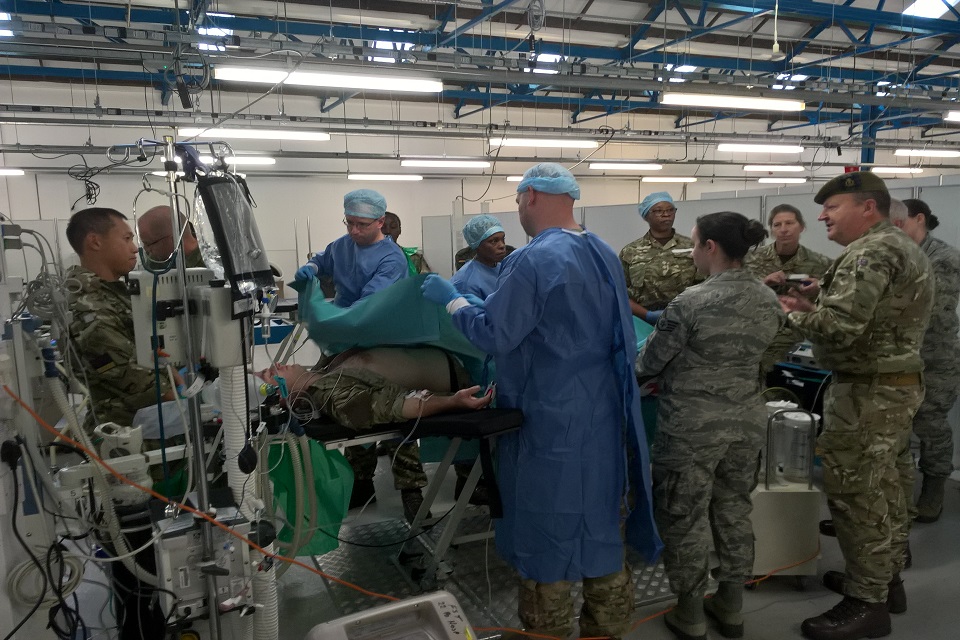 The exercise that takes place from 22 September to 5 October 2018 will deliver a multinational field hospital supported by up to 400 medical personnel. Since 2014, UK and US medical personnel have been working closely together and this year the international participation has expanded to include up to sixty personnel not just from the United States but also from Canada, Germany, Norway and Estonia.

Personnel taking part from the UK include Reservists from 205 and 256 Field Hospitals with support from an Royal Air Force Medical Enhanced Response Team, a Critical Care in the Air Support Team, and an Aeromedical Support Unit from 612 and 4626 RAF Squadrons. Specialised clinical support to the exercise is being provided 34 Field Hospital, Headquarters Tactical Medical Wing and the Defence Medical Group to deliver induction training, department familiarisation, casualty managers and to conduct the exercise assessment. 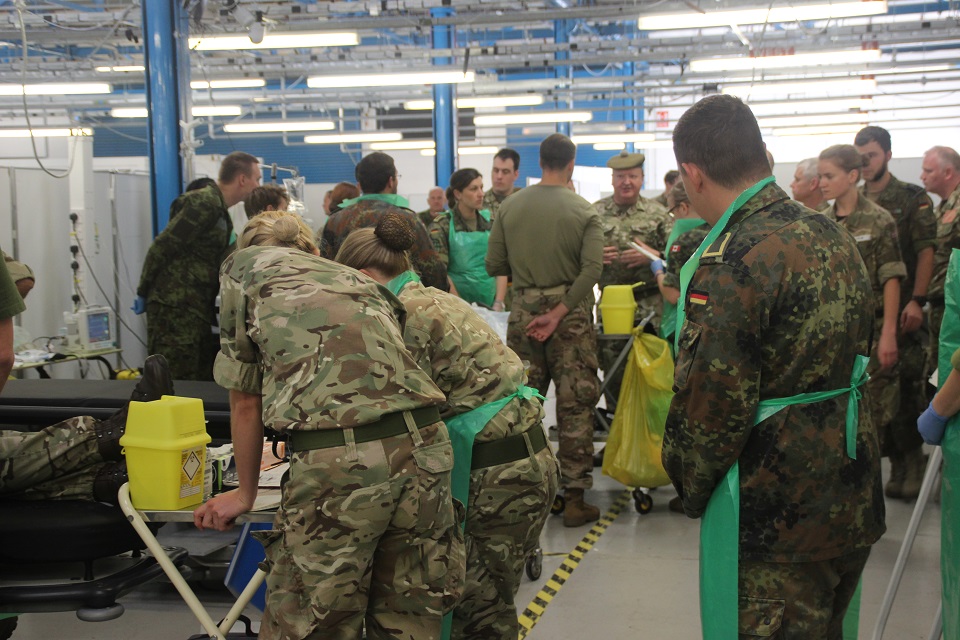 News story: UK steps up role as the fight against Daesh evolves