Ministry of Defence said:
Typhoon pilot Flight Lieutenant Matt ‘Johno’ Johnstone became the first RAF pilot to go solo in the French Rafale at St Dizier in the north east of France.
While Rafale ace Captain Marc-Antoine Gerard has become the first French Air Force officer to fly the Eurofighter Typhoon at RAF Coningsby in Lincolnshire.
The achievement marks the ever-closer relationship between the militaries of both countries and builds on an alliance that is currently operating in Mali and which saw both nation’s air forces fight side-by-side over Libya.
Flight Lieutenant Johnstone was posted to St Dizier last September to start conversion training on the Rafale after a tour on XI Squadron at RAF Coningsby, flying the Typhoon. He said:

As the first foreign exchange pilot on Rafale it is a great privilege as well as a great challenge. I have been made to feel very welcome by the French Air Force and I look forward to the challenges that the next few years hold, whilst hopefully playing an important role in Franco-British relations.
​
I was lucky enough to fly my first solo flight on Rafale on my birthday, which was very special and I can’t wait to do it again.
​ 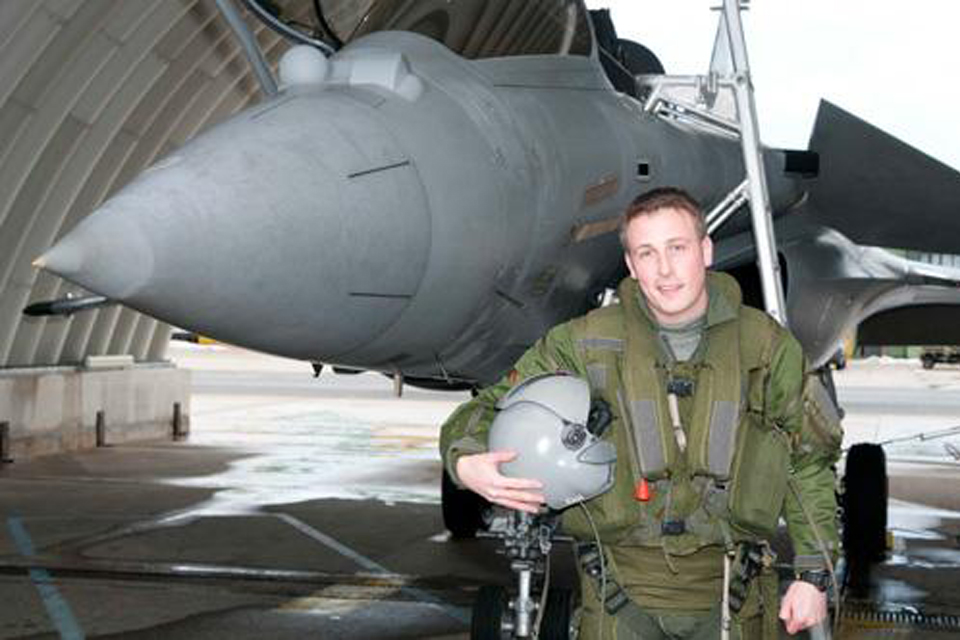 RAF Typhoon pilot Flight Lieutenant Matt 'Johno' Johnstone after his solo flight in a French Air Force Rafale aircraft [Picture: Crown Copyright/MOD 2013]Flight Lieutenant Johnstone graduated in French and German from Durham University before joining the RAF.
He has served as a Typhoon pilot with XI Squadron at RAF Coningsby since 2010, including a tour as part of the operational deployment in support of UN Security Council Resolution 1973, enforcing the no-fly zone over Libya.
He currently has 350 hours on Typhoon and 1,600 hours total flying.
Following the signature of the Lancaster House treaty in November 2010, the French Air Force and the RAF intensified their bilateral co-operation.
Among the emblematic measures being taken, both countries’ ministers of defence announced an exchange of Rafale and Typhoon pilots. The pilot ‘swap’ is designed to facilitate and speed up the collaboration of both air forces.
Flight Lieutenant Johnstone began his exchange in September with an integration week before joining 2/2 Cote d’Or Squadron in Dijon to carry out familiarisation flights on the back seat of an Alpha jet.
Having completed this phase, he moved to the French Air Force base at Mont-de-Marsan to start ground school which finished in November. He then joined an Operational Conversion Unit at Saint Dizier before returning to Mont-de-Marsan to fly the Rafale with 2/30 Normandie-Niemen Squadron. 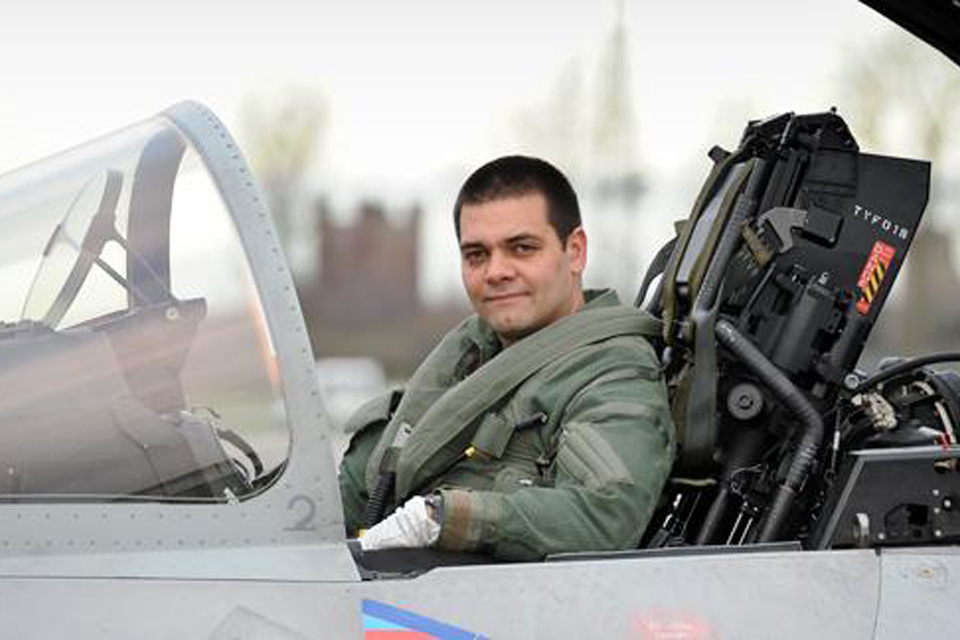 I have received a very warm welcome in the Royal Air Force and I am proud and glad to have the opportunity to serve in this prestigious air force for the next 3 years.
​
Going solo in the Typhoon was a great moment for me and I look forward to further playing my part in improving the interoperability between the French and the Royal Air Force.
​
MOD International Policy (France) desk officer Wing Commander Andre Adamson said that, while both countries had exchanged aircrew before, for each to allow the other nation’s pilots to fly their latest state-of-the-art fighter bombers showed a remarkable degree of trust. He said:

There have previously been exchanges when our pilots have flown other nation’s aircraft but this is the first time that British and French pilots have been allowed to fly their allies’ current generation aircraft.
​
That makes these flights, in a Rafale and a Typhoon, highly symbolic events and a significant display of the goodwill and trust that exists between our two air forces and the countries they defend.
​