Ministry of Defence said:
When 15 armed insurgents launched a night-time attack on Camp Bastion in September last year the RAF Regiment’s Sergeant Roy Geddes and Corporal Kurt Lee instantly went into action. Even though, at that stage, they had no idea what they would be facing, they didn’t hesitate as they drove through total darkness towards explosions and gunfire.
Sergeant Geddes, the resident field squadron Quick Reaction Force (QRF) commander, said:

It was utter chaos, we could see everything erupting, but we didn’t know what was happening, or what to expect. It was just a case of get into the vehicles and get going.
​
It was total darkness and the only thing that was illuminating the area was the burning aircraft and fuel. They’d totaled 5 Harriers and a fuel storage area.
​
At first I thought we were getting mortared. It was quite a challenge. I took an instant decision to get the lads in the vehicles with every weapon system we had.
​
Meanwhile it was a rude awakening for Corporal Lee who was in bed trying to get some much needed rest, having been on a strenuous detail of work for another flight attachment:

No one knew what was going on. It was just get a vehicle and get as many guys in it as I could find and get over to the airfield. I could hear Sergeant Geddes report on the radio. In situations like that, all you want to do is get over there and help.
​ 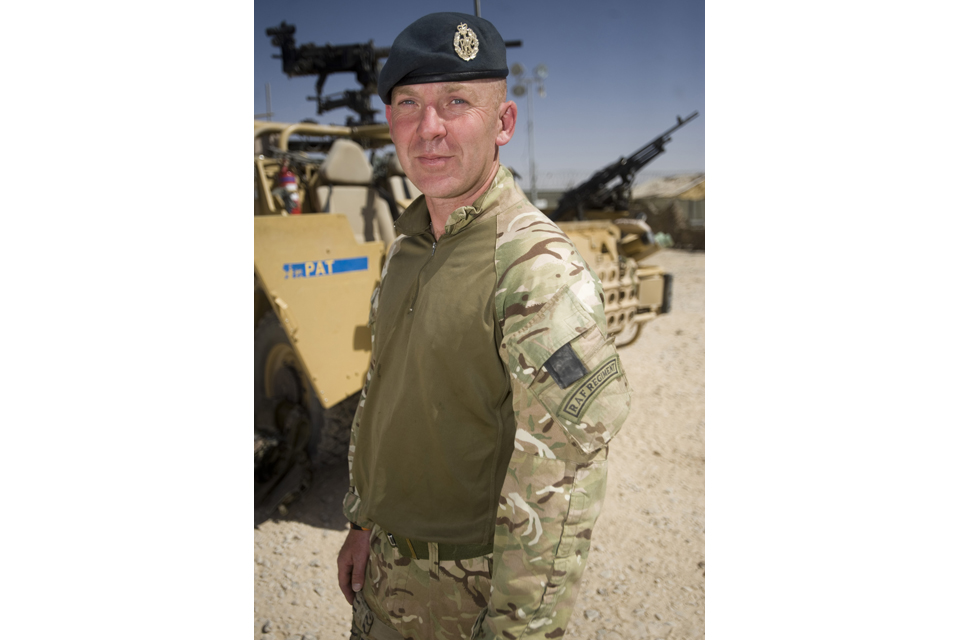 Sergeant Roy Geddes, Royal Air Force Regiment, during his tour in Afghanistan [Picture: Sergeant Andy Reddy RLC, Crown copyright]By now the airfield had been closed down, giving the QRF complete freedom of movement. But because they had to make their way across the Americans’ flight line, they weren’t as familiar with the terrain as they would have liked, adding to the hazard of the journey.
As Sergeant Geddes and his unit closed in on the intruders, they came under unexpected and extremely accurate rocket-propelled grenade (RPG) and machine gun fire as they made ready to locate the next enemy position.
One of the Jackal vehicles which Sergeant Geddes was in was hit by an RPG, wounding all of the crew including Sergeant Geddes, but he continued to rally his team and staunchly defend his position against withering fire before supporting forces were able to come to their assistance.
Ignoring a wounded knee Sergeant Geddes continued to command his men with purpose and effect, galvanising them against the onslaught, and continued to provide situation reports to the operations room in a calm and measured manner. Overall the team came under fire on 3 separate occasions.
Two protected fighting vehicles were now disabled and multiple casualties sustained. Initially pinned down, the QRF were only able to retake the initiative thanks to the actions of Corporal Lee’s section, who by then had raced onto the airfield to reinforce them.
The arrival of an attack helicopter providing air support brought a lull in enemy fire, enabling the reorganisation of reinforcements, the extraction of casualties and the rapid formulation of a plan to take on the enemy.
In the darkness, the first compound was cleared, with no insurgents being found, but a well-fortified bunker lay approximately 30 metres to the south and needed to be overrun as the only possible position where the insurgents could be laying in wait.
The assault force started to close in on this position, with Corporal Lee being one of the two lead men silently creeping forward unseen. 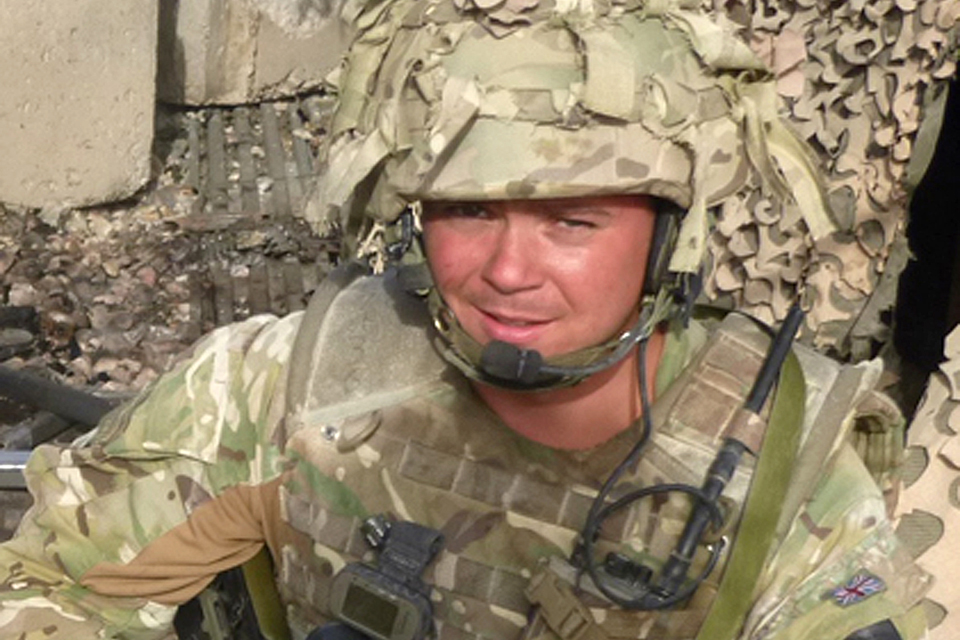 Royal Air Force Regiment Gunner Corporal Kurt Lee during his tour in Afghanistan [Picture: Crown copyright]When within touching distance, Corporal Lee discovered that what had been thought in the gloom to be the wall of the hardened bunker was in fact just a taut camouflaged net with the enemy directly on the other side.
As the enemy position threw out 2 grenades, Corporal Lee sustained minor fragmentation injuries, and ended up dazed, concussed and disorientated by the grenade blasts.
He quickly got up and fired fearlessly into the insurgent position, enabling the assault section to extract to cover. With his underslung grenade launcher, Corporal Lee achieved a direct hit on the bunker and continued to fire into the enemy position to clear it.
Sergeant Geddes has been awarded the Military Cross and Corporal Lee a Mention in Despatches.
Sergeant Geddes’ citation reads:

Geddes prevented his position from being overrun until the arrival of reinforcements, and ensured that the casualties were extracted to safety.
​
He provided invaluable situational awareness of enemy dispositions, and insisted on leading the assaulting troops to the enemy position, immediately finding himself back in the thick of the action, directing and guiding his men in pressing home the attack.
​
At first light, when the airfield had been secured, Geddes was extracted for medical attention, but only because he was ordered to.
​
Sergeant Geddes said:

When I was informed that I would be receiving the Military Cross I was stunned. To be recognised like this is amazing, although I have to say it’s as much for my team as it is for me.
​
This is a real honour for me; I’m so proud of my men and how they conducted themselves on that night. We showed just how effective and robust the Royal Air Force Regiment is.
​