The MOD spent £400 million with UK industry in the North East last year, £150 per person, supporting over 2,600 jobs in the region. A&P Tyne have played a crucial role in major defence programmes, such as building blocks for the UK’s new aircraft carriers and key parts for nuclear submarines. The company also maintains support ships, including Mounts Bay that was instrumental in the relief effort following Hurricane Irma.

Following the launch of the Government’s National Shipbuilding Strategy last month, industry has developed over 20 different proposals for new Type 31e frigates. A&P are involved in one of the early plans with Cammell Laird and BAE Systems to deliver the new class of ships.

Shipyards across the country were invited to provide initial high-level proposals to build the initial order of five ships at a maximum average price of £250 million each. The Defence Secretary has personally committed to attend every major UK shipyard in the run up to the start of the formal competition to procure the new class of Type 31e in the New Year.


It is very encouraging to witness the renaissance of shipbuilding around the UK first hand. Having helped build our new aircraft carriers and the Astute Class submarines, A&P Tyne have the skills and expertise to bid for our brand new class of frigates.

The whole industry is clearly excited about the opportunity to build cutting-edge ships for our growing Royal Navy, which will protect our nation and interests across the world.
​ 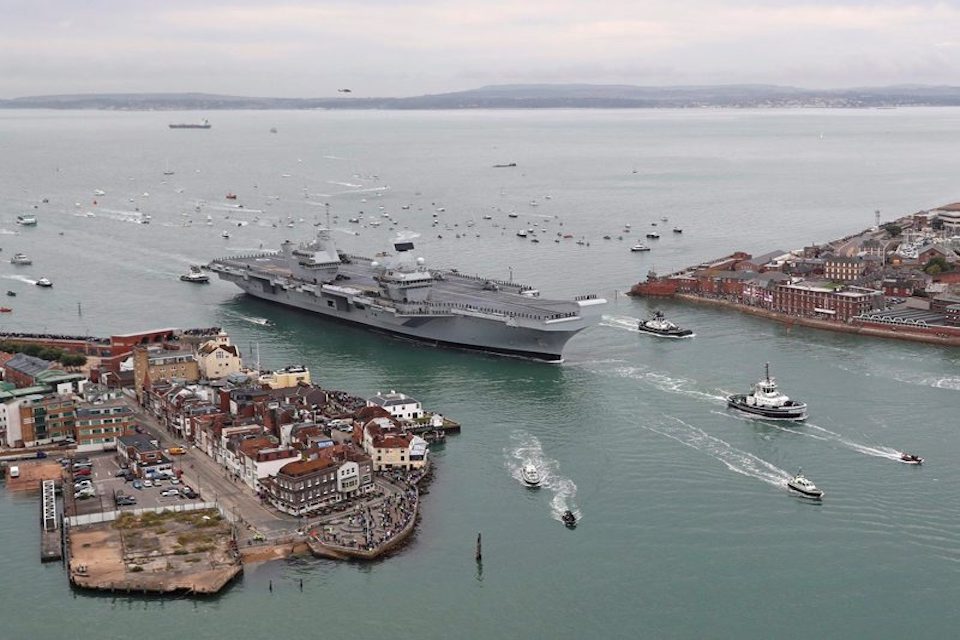 The UK's new aircraft carrier, HMS Queen Elizabeth, part of which was built by A&P Tyne.

From building blocks for the innovative modular construction of the Royal Navy’s new Queen Elizabeth Class Carriers, which were assembled in Rosyth, to providing key parts for the Astute nuclear submarine programme, sustaining jobs and bringing work worth some £7 million to the region, A&P Tyne have been pivotal to UK defence.

The Defence Secretary was given a guided tour of the Hebburn-based yard which employs 300 workers including 11 new apprentices and boasts the largest dry dock on the north-east coast of England. With the commitment to build the Type 31e warships in the UK, A&P have the opportunity to compete for this latest programme to build ships for the Royal Navy.

The frigates will be designed to meet the needs of the Royal Navy, but also with the export market in mind. The Government will work with industry to provide support to become internationally competitive, boosting the UK economy and jobs, while also helping to create a more stable and well-protected world.

Having already paid visits to Cammell Laird in Merseyside, Harland and Wolff in Belfast and Ferguson Marine on the Clyde, the Defence Secretary has carried out extensive engagement with industry in recent weeks. Sir Michael also visited BAE Systems’ Scotstoun yard in Glasgow for the naming of the latest Offshore Patrol Vessel, HMS Medway, and Babcock in Rosyth for the naming of the second aircraft carrier, HMS Prince of Wales, in further engagement with UK shipyards.

News story: Ambitious future for Naval Shipbuilding in the UK