The Defence Secretary landed by Merlin helicopter on the deck of the new aircraft carrier HMS Queen Elizabeth, which is currently on sea trials off the coast of Scotland. He met with members of the crew and thanked them for their contribution to UK defence.

While addressing the Ship’s Company, Sir Michael announced the Britain’s second aircraft carrier, HMS Prince of Wales, will be officially named at a ceremony in Rosyth on 8th September 2017.


Our carrier programme is a clear demonstration of British power and commitment to our global standing. With two aircraft carriers we will have one available at all times, providing a world-class carrier strike capability. They offer a prodigious promise to future generations of our determination to continue fronting up to aggression for years to come.

The magnificent HMS Queen Elizabeth provides us with power on a scale we have never seen before. Protecting us for the next half a century, she will be a highly versatile and potent force, capable of both humanitarian and disaster relief and high-end war fighting.
​ 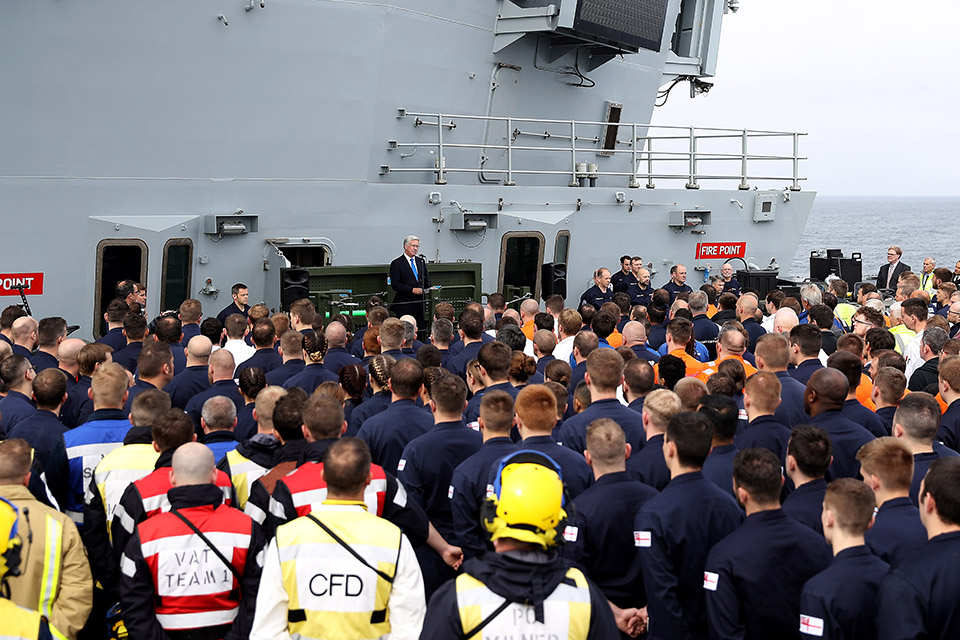 Four weeks ago today HMS Queen Elizabeth sailed for the first time from Rosyth, under the authority of the Aircraft Carrier Alliance, which is responsible for building and delivering the ship to the Royal Navy. Celebrating a number of firsts as we bring the ship to life, she has now had her first helicopter landing, first passenger boat transfer and first port call in Invergordon. The Ship’s Company, a crew of over 700 Royal Navy and 200 industry personnel, have settled in well to the routine of ship’s life.

The initial period of sea trials, expected to last around six weeks, will test the fundamentals of the ship. The trials are monitoring speed, manoeuvrability, power and propulsion, as well as undertaking weapons trials and additional tests on her levels of readiness. Last week the Defence Secretary announced the name of the first Type 26, HMS Glasgow, as part of the new City class frigates that will form the backbone of the Royal Navy until the 2060s.

HMS Queen Elizabeth is expected to enter Portsmouth to be handed over to the Royal Navy later this year. 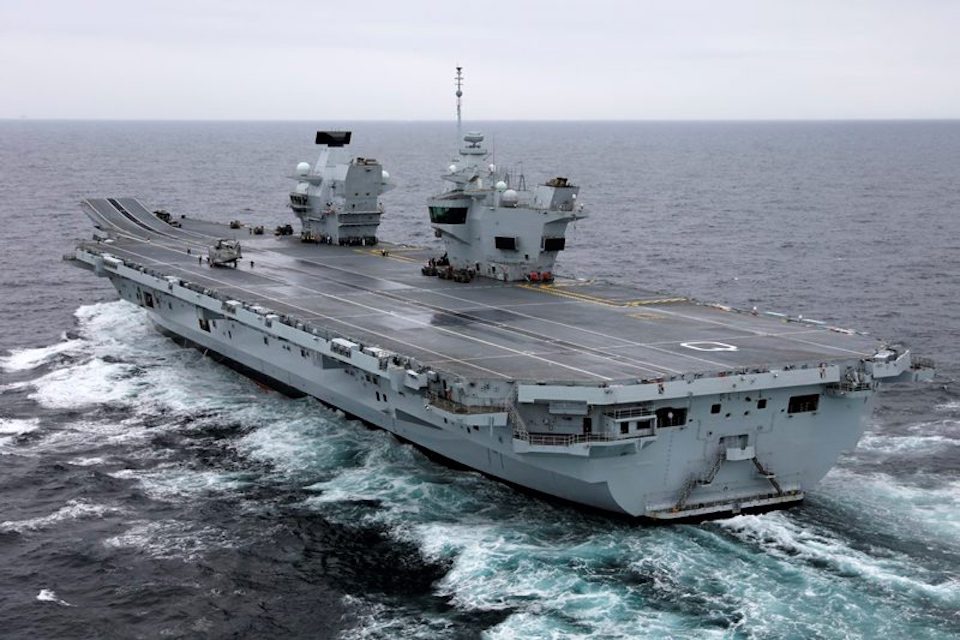