Mr Fallon, making the first visit by a UK defence secretary to the Falklands in more than a decade, spent time with islanders and MOD personnel in the capital Stanley and other sites.

He witnessed first hand some of the construction work which is taking place as part of a £180m, 10-year commitment to modernise the defensive infrastructure of the islands.

There are currently around 1,200 military and civilian personnel based in the Falklands supporting defensive air, naval and land assets including RAF Typhoon aircraft, helicopters, Royal Navy patrol vessels and an Army infantry company.

The £180m upgrade package includes £60m to improve the power station at Mount Pleasant Camp, £22m to improve facilities at the berths in Mare Harbour, and £20m of work on accommodation at Radar Heads.

He confirmed that the £60m contract for the new Mount Pleasant power station will be awarded in May.

As well as meeting current military personnel he also visited key locations from the 1982 conflict, including at Goose Green and San Carlos, and paid his respects to those who died on both the British and Argentinian sides. 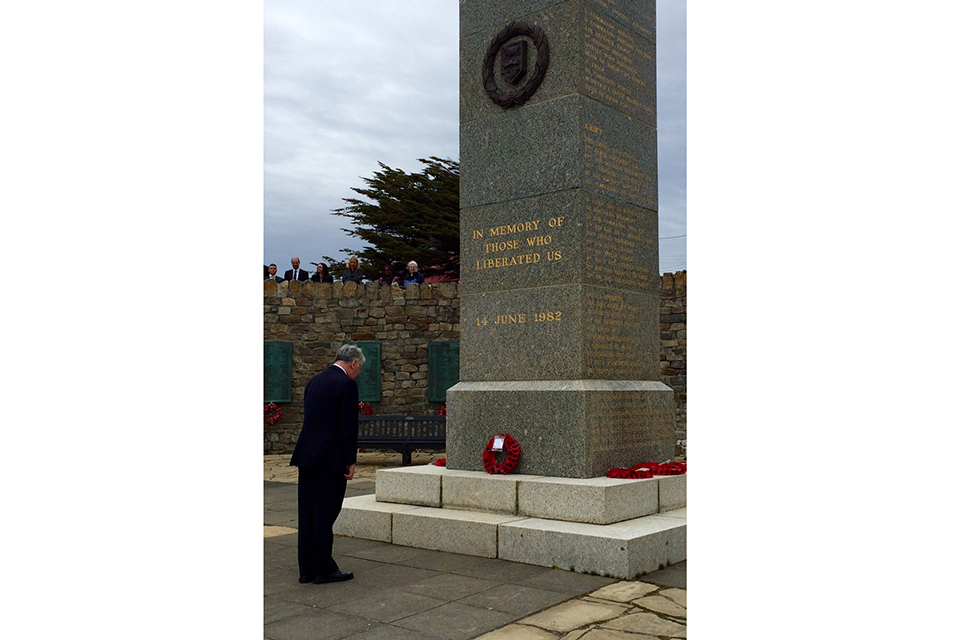 Defence Secretary Michael Fallon paying his respects to those who fell in the 1982 conflict. Crown Copyright.


This was an important opportunity to hear about life on the islands and the potential for economic development that will bring more jobs and prosperity.

The right of the islanders to determine their own future was settled over 30 years ago and confirmed by the recent referendum.

Now we want to build a better relationship with the new Argentinian government, as neighbours in the South Atlantic and fellow G20 members.
​ 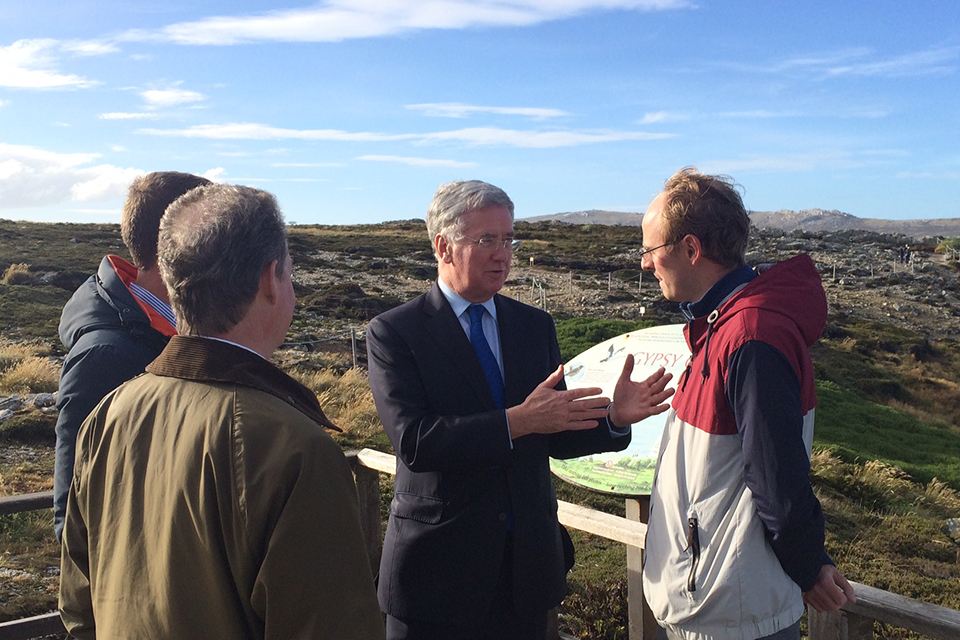 Defence Secretary Michael Fallon at Gypsy Cove on his visit to the Falkland Islands. Crown Copyright.

In further meetings with members of the Falkland Islands Government Mr Fallon said he was determined that building those relationships should translate into new economic opportunities and greater prosperity, from natural resources, fisheries, scientific research and testing, and increased exports.