The Defence Secretary met several personnel at West Midlands Safari Park today as they prepare to deploy to East Africa next month. The personnel met zoological experts at the park, which works with conservation bodies to help protect threatened species such as African elephants.


Our Armed Forces are a force for good around the world and are at the forefront of protecting the world’s most endangered species from criminal gangs.

This evil trade is worth £17 billion and poses an existential threat to the planet’s most majestic mammals - it is our duty to preserve them for future generations.

Britain is leading the way in putting an end to barbaric illegal wildlife poaching, and I’m proud of the immense contribution our Armed Forces are making in stopping criminals’ profiteering from the slaughter of rhinos and elephants.

The Government is also introducing one of the world’s toughest bans on ivory, showing how seriously we take this issue.
​
A specialist team of two dozen troops, drawn from a variety of British Army units, will spend weeks working alongside park rangers passing on expertise in areas such as tracking and counter insurgency tactics built up in previous operational tours in countries including Afghanistan.

Over the past year several British Army teams have worked in Gabon in the west of Africa and Malawi in east Africa to help park rangers improve their tracking of poachers. The training has allowed them to cover far larger distances as they attempt to find criminals who shoot the elephants and rhinos for their valuable ivory. 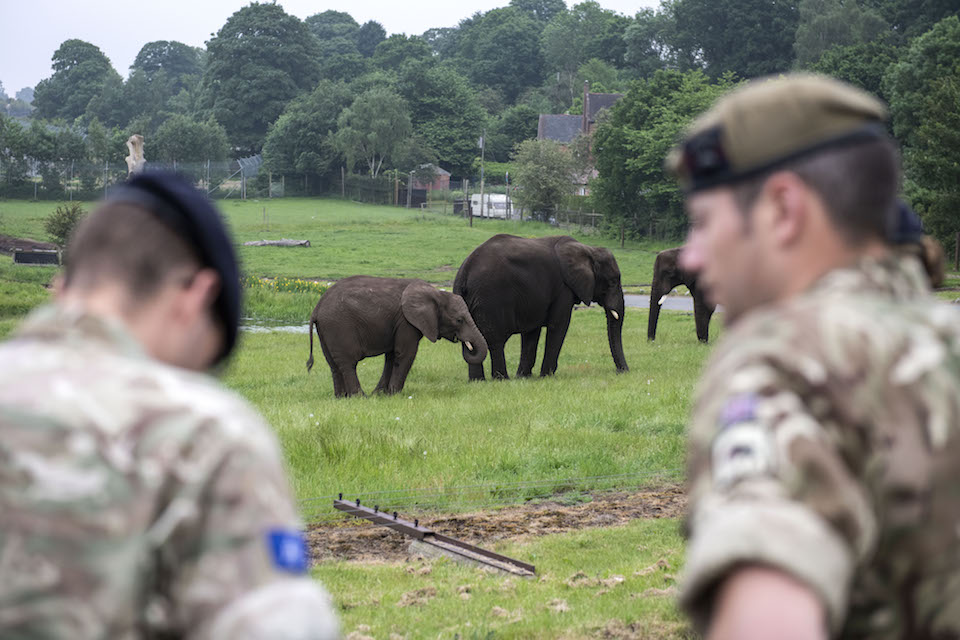 Earlier this month Prime Minister Theresa May confirmed that Britain would bring in a ban on ivory sales, as part of a plan to protect elephants for future generations. The ban will cover ivory items of all ages – not just those produced after a certain date. The maximum penalty for breaching the ban will be an unlimited ban or up to five years in jail.


We’re enthusiastic about this mission because it represents a real opportunity to pass on our expertise and build partnerships with counterparts who are working night and day to help protect these animals. It shows that the British Army is flexible and committed to an international outlook.
​
The operation is funded with help from the Department for Food, Rural Affairs and Agriculture.

News story: The British Army combat the illegal trade in wildlife by partnering with...