Their talks focused on how to best implement the measures agreed at the 2014 NATO Summit in Wales, the situation in Ukraine, the future of Afghanistan and the threat posed by ISIL.

Before the talks Dr von der Leyen inspected a Guard of Honour on Horse Guards Parade.

Mr Fallon met Dr von der Leyen in August in Berlin shortly after he was appointed Defence Secretary and again during the NATO Summit in Newport in September.

The UK and Germany have a longstanding and close defence relationship, working closely together within NATO.

The Ministers agreed that the UK and Germany should continue to develop and deepen their defence cooperation. 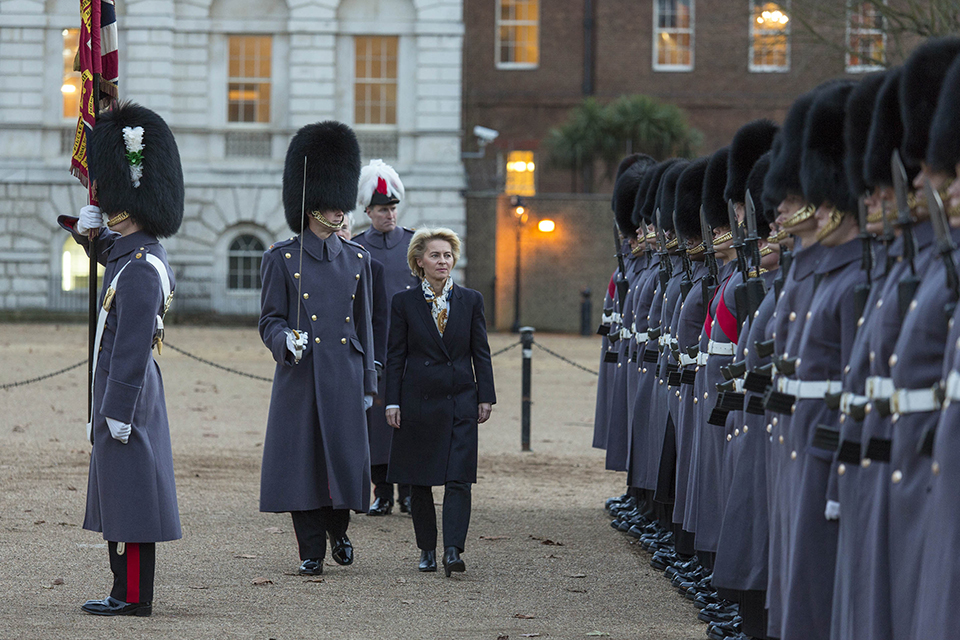 
In this 100th anniversary of the Great War it is important to recognise the strong co-operation between us as partners in pursuit of peace.

Whether contributing to security operations in Afghanistan or the international response to the ISIL threat, Britain and Germany enjoy a successful and enduring defence relationship.

It is vital that like-minded countries such as ours address the varied common security challenges that we face.


For decades, the presence of British Forces in Germany has been a sign of our joint successful efforts to promote peace and freedom in Europe.

During those years, numerous ties of friendship have developed. Subsequently today we stand united to face the various global challenges and dangers to stability, peace and humanity.

Today’s visit underlines our cohesion and serves the purpose of close information exchange on recent developments to continuously advance our longstanding and pragmatic cooperation.
​
Continue reading...