The stepped up commitment underlines the military’s strong ties with Northern Ireland, which currently hosts around 2000 reserves and nearly 2000 regular personnel.

Mr Williamson made the announcement while visiting Northern Ireland based reservists from 152 (North Irish) Regiment, The Royal Logistic Corps and 2nd Battalion, the Royal Irish Regiment.

During the visit he also received an update on defence activities in Northern Ireland, including from 38 (Irish) Brigade, and met personnel helping keep the community safe by delivering niche explosive ordnance disposal and search support to the Police Service of Northern Ireland.

189 new reserve posts will be created, an increase of 9%, and will take overall Army reserve posts to 2100 by the end of the year. 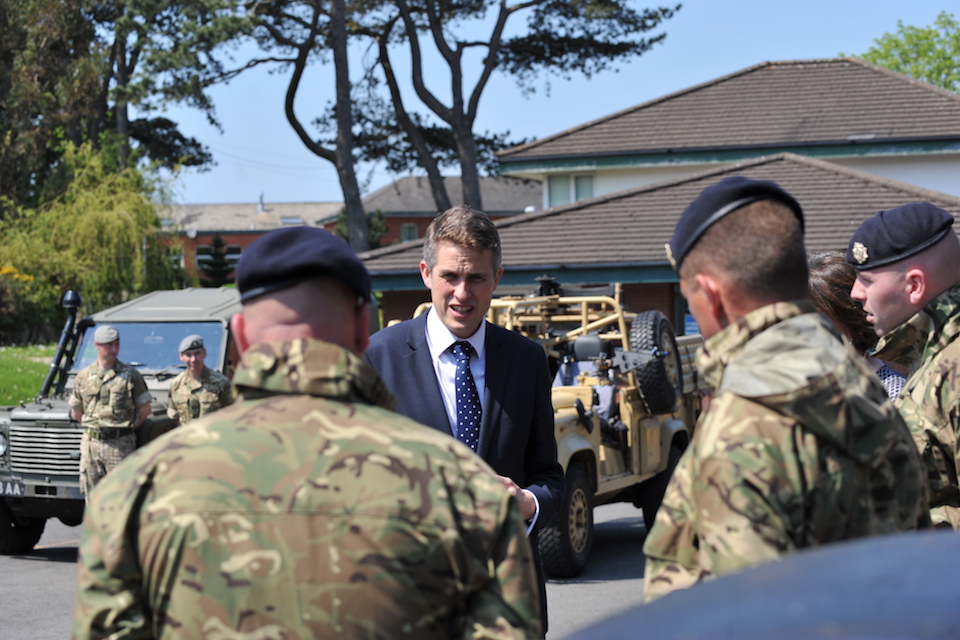 Mr Williamson receives an update on defence activities in Northern Ireland from soldiers from 38 (Irish) Brigade.


Our reserves programme is immensely popular in Northern Ireland, with more than twice as many people from Northern Ireland volunteering compared to the national average.

Northern Ireland also hosts 75 cadet units, the majority of which are Army Cadets. Three schools have also recently gain approval for combined cadet forces under the Government’s Cadet Expansion Programme. A report by Northampton University last year found that cadet units increase social mobility and help children from disadvantaged backgrounds reach their potential. Cadet units in Northern Ireland have representation from children from across the community.

The MOD has also allocated £300,000 over five years to improve the capacity and capability of Local Authorities and other service providers in Northern Ireland to apply for Covenant Funding. £600,000 from the LIBOR Veterans Fund has also been allocated to the Somme Nursing Home in Belfast.

Speech: Secretary of State speech at the opening debate on Executive Formation & Exercise of Functions Bill