Both countries have recently unveiled new plans for improving security, following the UK’s announcement of the Modernising Defence Programme and the US publication of its National Defense Strategy.

The two programmes are closely aligned in their thinking, with a strong emphasis on modernising forces to tackle the increasing shared threats faced on several fronts, while strengthening international alliances and forging new ones.

In his first visit to Washington DC as Defence Secretary, Gavin Williamson said:


Our two countries face the same threats in an increasingly dangerous world. We stand shoulder to shoulder on the battlefield, we share vital intelligence and technology, and our century-long relationship is the closest of any two allies across the globe. Together, we will always keep the streets of the UK and the US safe, protect our citizens, and defend our way of life.
​ 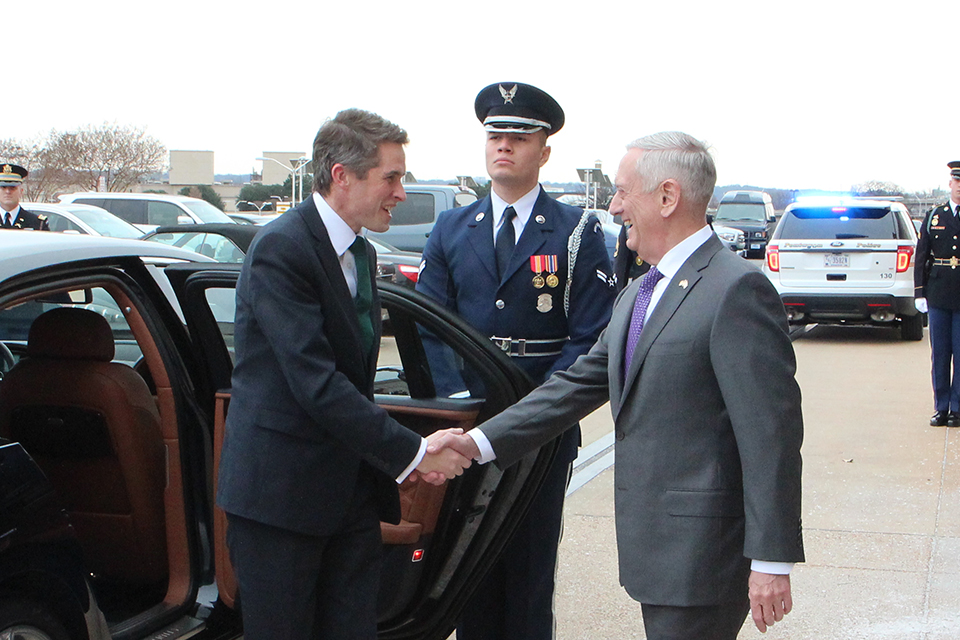 The Defence Secretary Gavin Williamson and his US counterpart, Jim Mattis, have been discussing how to tackle the increasing threats faced by both allies. Crown copyright.

Current threats to prosperity and safety, including Russia, North Korea and the ongoing fight against Daesh, were high on the agenda during a meeting at the Pentagon that reinforced the UK’s position as the US’s defence partner of choice.

NATO remains the cornerstone of UK and US defence and ahead of the NATO Summit in July, both countries have been calling for other nations to invest more in security. The US and UK are the two largest contributors to NATO, and among just six countries pledging at least 2% of their GDP to defence.

The UK’s defence trade partnership with the US is worth $3billion, including collaboration on several key projects such as the F-35 programme, Unmanned Air Systems and a Common Missile Compartment for UK-US Ballistic Missile Submarines.

An even closer bond is expected after Brexit, as the UK pursues new relationships and trade deals outside of Europe, which the Secretary of State emphasised when he visited the British-American Business Association during his visit. 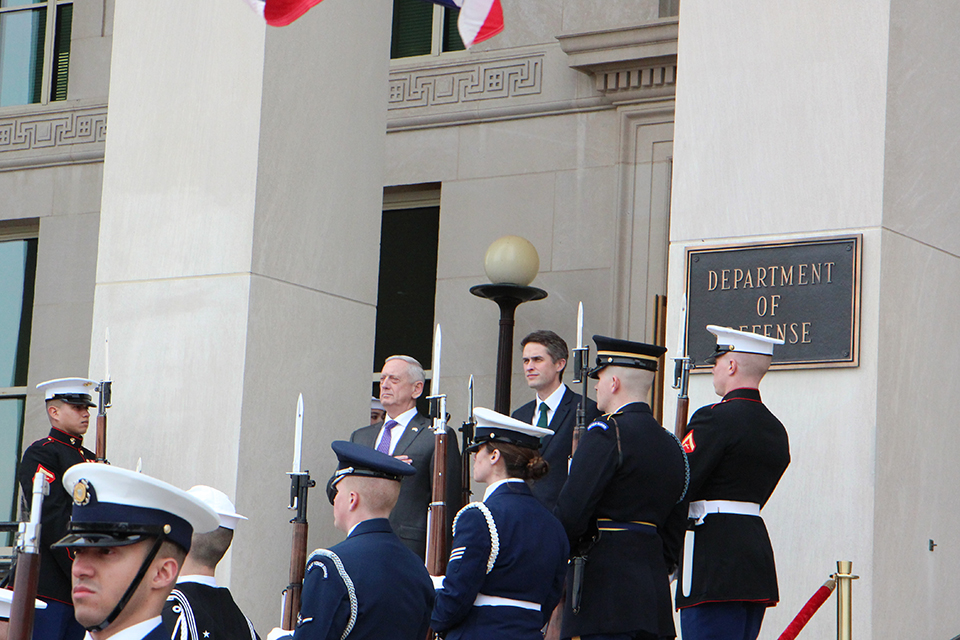 The Defence Secretary Gavin Williamson and his US counterpart, Jim Mattis, have been discussing how to tackle the increasing threats faced by both allies. Crown copyright.