Mr Williamson was invited to America to be a guest of honour at a Sunset Parade in the US capital. He also reinforced close ties between the UK and US during a Pentagon meeting with Secretary of Defense Jim Mattis.

This followed a keynote speech at the Atlantic Council think-tank, where he emphasised the vital role of NATO, the need for long-term planning and the depth of UK-US collaboration.


For more than a hundred years our Armed Forces have fought in defence of our common values and interests. From the turmoil of the Great War, through the dark days of World War II. From the heat of Korea, to the chill of the Cold War. From the mountains of Afghanistan, to the deserts of Iraq today.
​
Our two countries have developed the deepest, broadest and most advanced Defence relationship of any two nations. The United States has never had nor will have a more reliable ally than the United Kingdom. Others may pretend, but you will find no greater ally than us.
​ 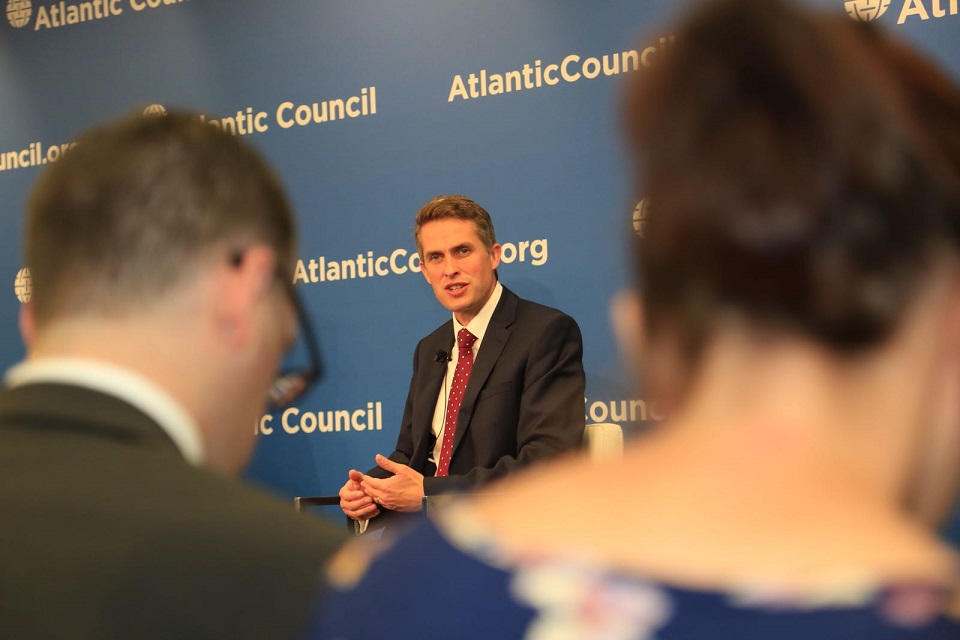 After giving his speech to the Atlantic Council, during which he also outlined the UK’s various deployments across the world, the Defence Secretary headed to the Pentagon to meet Secretary Mattis. Current threats to prosperity and safety, including Russia and the ongoing fight against Daesh, were among the issues that were high on the agenda.

Mr Williamson then attended an impressive Sunset Parade, where US Marines gave a skilled display of music from the United States Marine Drum and Bugle Corps and a spectacular silent precision drill by the Marine Corps Silent Drill Platoon. 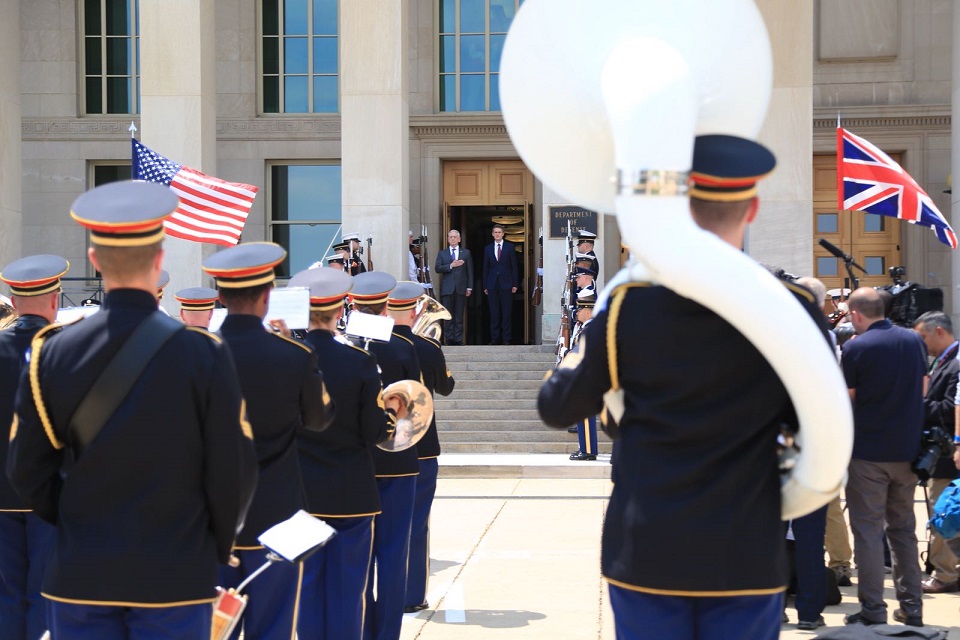 The UK and US are the biggest overseas suppliers to each other’s militaries and have worked closely on numerous key projects.

The most prominent of these is the F-35 fighter jet programme and a further five of the aircraft arrived at RAF Marham last week, two months after the first-ever RAF batch flew from the US. Unmanned Air Systems and a Common Missile Compartment for UK-US Ballistic Missile Submarines are other recent examples of collaboration.

Both nations play leading roles in NATO, which is vital to our transatlantic partnership. Both countries have been calling for other nations to invest more in security and to increase the readiness of their forces. By the end of 2018, eight members will be meeting the commitment of spending 2% of their GDP on defence compared with just three in 2014.

An even closer bond is expected after Brexit, as the UK establishes new relationships and trade deals outside of Europe.