The visit took place during Black History Month, a nationwide celebration of black history, arts and culture held every October.

Sir Michael Fallon met the unit’s engagement team, who have been specifically set up to build links with minority communities across London, and congratulated the Royal Navy’s longest serving female reservist Chief Petty Officer Evadne Gordon who joined 40 years ago and whose family moved from Jamaica to the UK in the 1950s.

The visit included a meeting with Commander Richmal Hardinge, HMS President’s second ever female Commanding Officer, and a chance to speak to a group of Sea Cadets, following this month’s approval of 31 new cadet units in state schools, five of which are in London and the South East.


We are working hard to ensure the Armed Forces, like our cadets, better represent the society they serve but there is still much more to do. We want more sailors, soldiers and airmen to come from minority and ethnic communities. More diverse armed forces are a stronger armed forces; that has to start amongst the junior ranks and work all the way up to chief of the defence staff.
​ 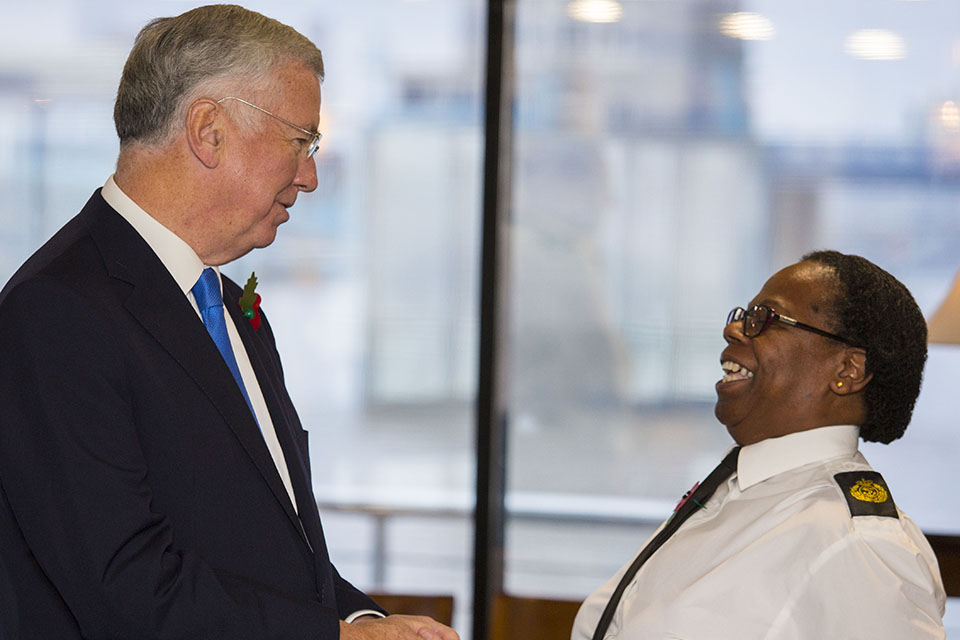 The Armed Forces have committed to ensuring that at least 10 per cent of all new recruits come from minority and ethnic communities by 2020, with intake levels currently at 7.2 per cent.

To achieve this a set of networks have been established within the Armed Forces, which is part of the diversity and inclusion strategy. 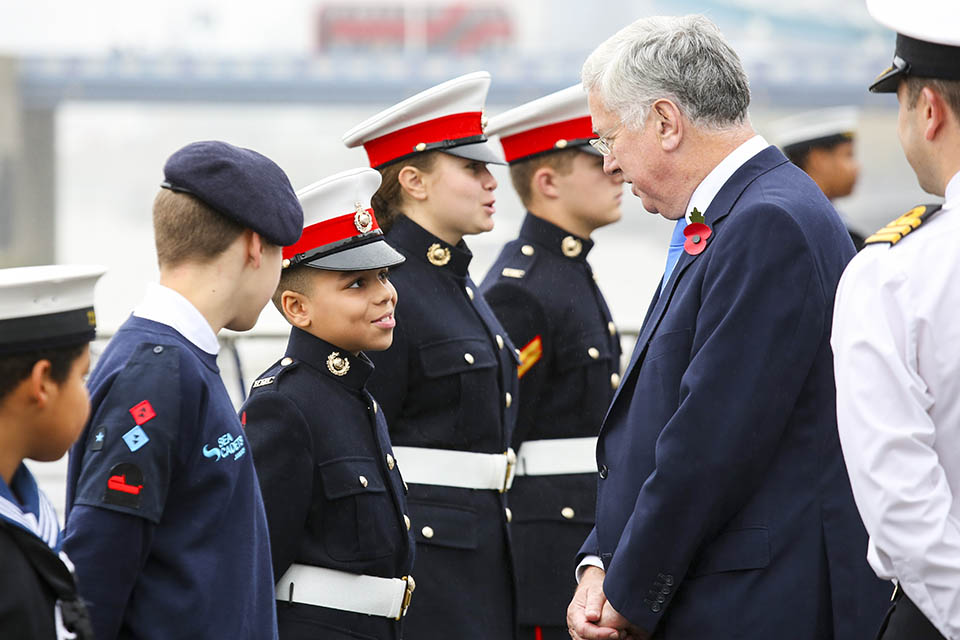 In June the Defence Secretary attended the unveiling of the first ever memorial to African and Caribbean servicemen and women during the First and Second World Wars.

55,000 men from Africa fought for the British during the First World War and hundreds of thousands of others carried out vital roles. They came from Nigeria, the Gambia, Zimbabwe, South Africa, Sierra Leone, Uganda, Malawi, Kenya and Ghana. It is estimated that 10,000 Africans were killed. African troops were awarded 166 decorations for bravery.