During an informal EU Defence Ministerial in Slovakia Defence Secretary Michael Fallon reassured European partners that the UK would continue to play a proactive role in tackling security threats.

In meetings with fellow European defence ministers in Bratislava today, Michael Fallon said the UK would work to address challenges ranging from mass migration to cyber-attacks.


We’re leaving the EU, not leaving Europe, but it’s in our national interest to strengthen security. We’re stepping up our efforts with the Royal Navy in the southern Mediterranean tackling illegal migration, people smuggling and arms trafficking.
​
Mr Fallon urged greater co-operation between the EU and NATO, building on the Warsaw summit which gave impetus to the NATO-EU partnership. He signed a Joint Declaration aimed at turning commitments into practical outcomes in areas such as maritime cooperation, cyber collaboration and stepping up efforts to counter hybrid attacks. 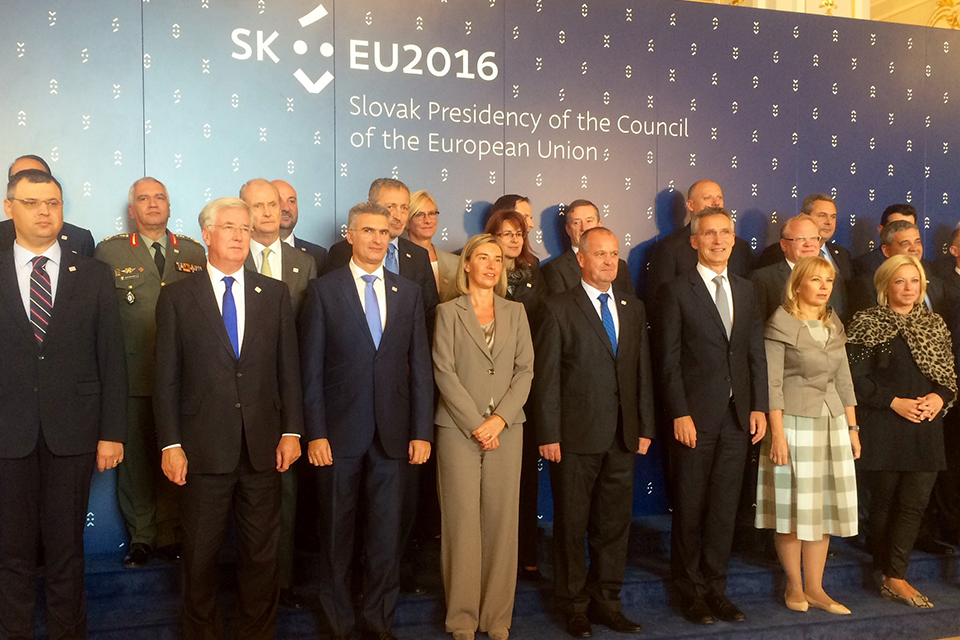 The Defence Secretary also spoke to partners in Bratislava to press for the competitiveness of the European defence industry, to promote innovation and economic growth. He discussed the UK’s Defence Growth Partnership which encourages UK-based companies to be more globally competitive.


Three months on from the EU vote, we’re doing more in the world, not less. Our F35 planes, the world’s most advanced fighter jets, made their debut at the Farnborough Air Show – alongside multi-billion pound investments in attack helicopters and maritime patrol aircraft. And in Warsaw at the NATO summit the UK committed 500 troops to Estonia to defend NATO’s eastern flank and pledged to continue transforming the Alliance to meet the challenges both from East and the South.
​
Continue reading...
You must log in or register to reply here.