Both the Morpheus battlefield communications contract with General Dynamics UK (GDUK), and Aston Martin’s investment in St Athan will create and support a thousand jobs across south Wales.

Visiting the General Dynamics UK (GDUK) site at Oakdale, the Defence Secretary spoke of the MOD’s new Morpheus programme, a £330 million investment in innovative new tactical communications systems for our Armed Forces, which will support 250 high-tech jobs in South Wales.

While in Wales, the Defence Secretary handed over the former MOD Super Hangar to Aston Martin at a special ceremony at St Athan. The redevelopment of the site into a state of the art manufacturing facility for the British luxury carmaker will directly create 750 new jobs in South Wales, and support thousands more as production starts in 2019. 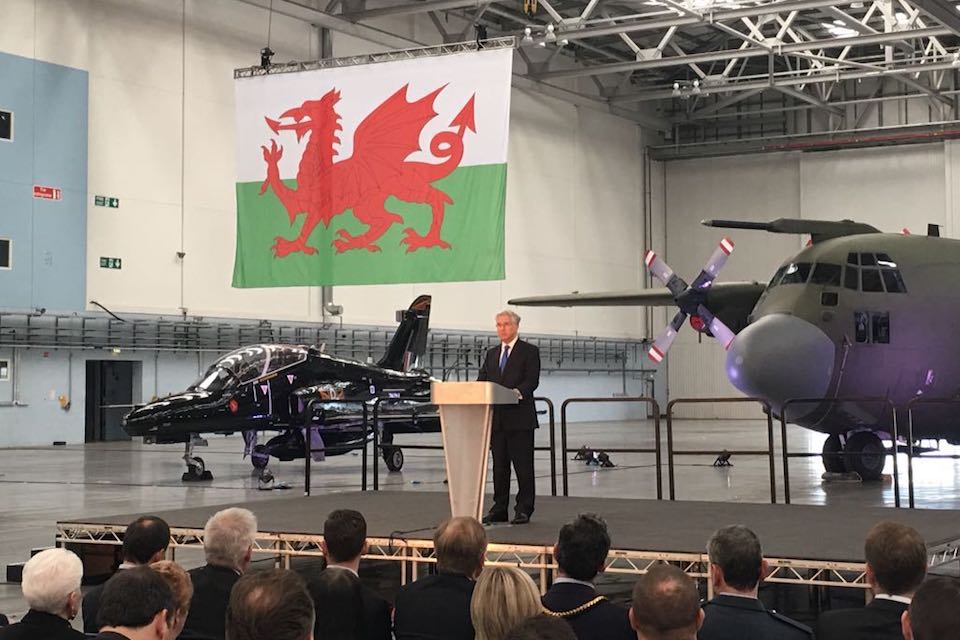 
This £330 million contact for the next generation of battlefield communications, supporting 250 high skilled jobs, underlines the importance of Wales to our Armed Forces.

As well as investing in new equipment we are also investing in a Better Defence Estate for our Armed Forces. Aston Martin’s decision to build a new facility on land we no longer need will bring more high skilled jobs to Wales.
​
This state of the art communications system will be integrated on to the Army’s new Ajax vehicles, currently under construction by GDUK, and allow British troops to rapidly deploy new radios and applications to connect with commanders and allies. The system will also be used by the RAF and Royal Navy on a range of platforms, and provide our personnel with modernised command and control networks they need to keep Britain safe.


Wales is quickly establishing a strong reputation as an important hub of high skilled manufacturing. General Dynamics UK has long been instrumental in putting Wales on the front line when it comes to supporting our country’s defence and security needs.

And thanks to the close partnerships between the UK Government and the prestigious Aston Martin brand, the St Athan site is springing back to life as a significant centre of employment, bringing with it valuable skills and a lasting legacy for the entire region.

Today’s announcements are testament to this Government’s determination to strengthen every part of the United Kingdom, and are a strong indicator that Wales is open for business, open for trade, and open for investment.
​
The MOD is investing £3.5 billion in Ajax, which will be in service with the Army from 2020. With new innovative equipment like Ajax and Morpheus, and new ways of working the Army of the future will be able to successfully tackle a wider range of threats and keep the UK safe.


Becoming the owner of architecture for MOD’s tactical command and control systems is critical to getting up-to-date, ever evolving, battle-winning technology into the hands of our soldiers, sailors and airmen on operations; this is a critical component of digital transformation in the Army and Land Environment.
​
The Defence Secretary also met with some of GDUK’s apprentices, who play an important role in the Defence Industry. The MOD is the largest provider of apprentices in the UK, enrolling 14,200 new apprentices across the Armed Services and in the civil service over the last year, and is committed to encouraging defence suppliers to support apprenticeships across their business.