In his first visit as Defence Secretary to Ukraine, Gavin Williamson announced that the UK will be extending its military training operation there for a further two years until 2020.

Mr Williamson met with Defence Minister Stepan Poltorak and General of the Army, Victor Muzhenko, to discuss the threats faced by Ukrainian Armed Forces. He also announced the expansion of the UK Defence Section in Kyiv and introduction of a permanent Naval Attaché to help build Ukrainian naval capability.

He also travelled to Marinka in the east of Ukraine to see the effects of the four-year conflict in the Donbas region, and received an operational update from the Joint Force Operation Commander Lt Gen Serhiy Nayev. The visit to Marinka highlighted the severity of the ongoing conflict, including its humanitarian and environmental impacts, driven by Russian aggression.


I witnessed first-hand the suffering caused by the brutal conflict in eastern Ukraine - a conflict that is being prolonged by the Russian-backed separatists.
​
By extending and expanding our training programmes, we are sending a clear message - we support the people of Ukraine and are firmly committed to its sovereignty as it faces down blatant Russian aggression.
​ 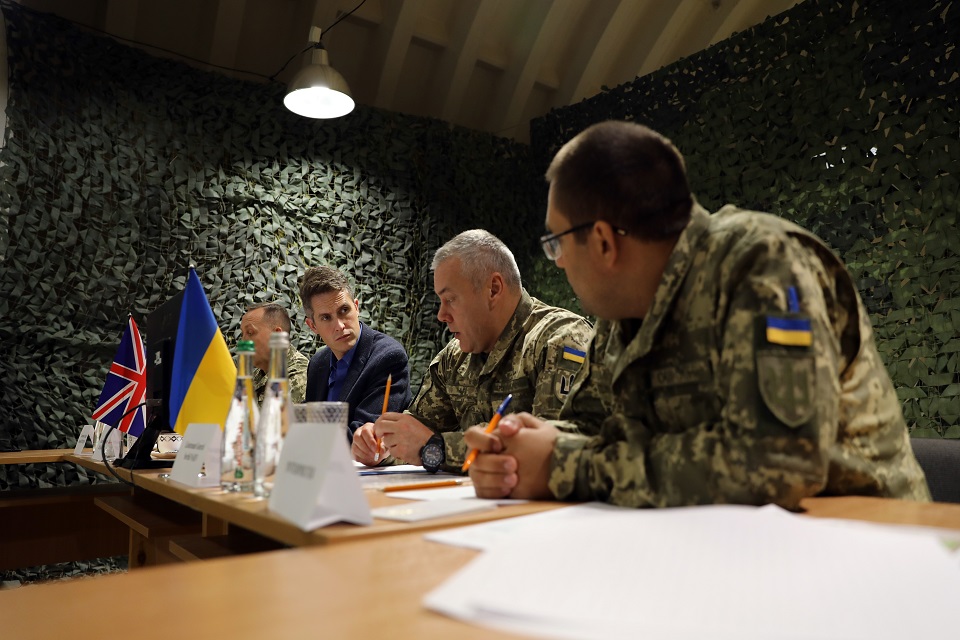 In his first visit as Defence Secretary to Ukraine, Gavin Williamson announced the UK will extend its military training operation for a further two years. Crown copyright.

The training, delivered through Operation Orbital, has been expanded in 2018 to include anti-armour, infantry skills, counter-sniping and mortar planning. This is in addition to the defensive skills programmes such as the identification of mines and improvised explosive devices (IEDs), medical care and logistics that UK personnel have been delivering since early 2015.

British personnel have trained over 9,500 of the Ukrainian Armed Forces since the start of Operation Orbital in 2015. The coming year will see a continuing growth in joint training activity with our Canadian allies as well as initiatives between UK personnel and other nations who have also committed themselves to supporting Ukraine.