The contract will ensure the continued availability of the battle-winning Long Range Radar (LRR) equipment on the UK’s six Type 45 Destroyers, including maintenance and repairs. The work will sustain 11 highly-skilled jobs with BAE Systems in Chelmsford, as well as four in Portsmouth.

The announcement was particularly personal to the Defence Minister, who had her first ever work experience placement at Marconi in Chelmsford at the age of fifteen, with the expertise in radar technology from that site still evident today.


It’s been great seeing the cutting-edge innovation of British industry today, especially as my first experience of British business was so close to this site. This multi-million pound contract will boost the future of both this high-tech hub and our Navy’s battle-winning radars.
​ 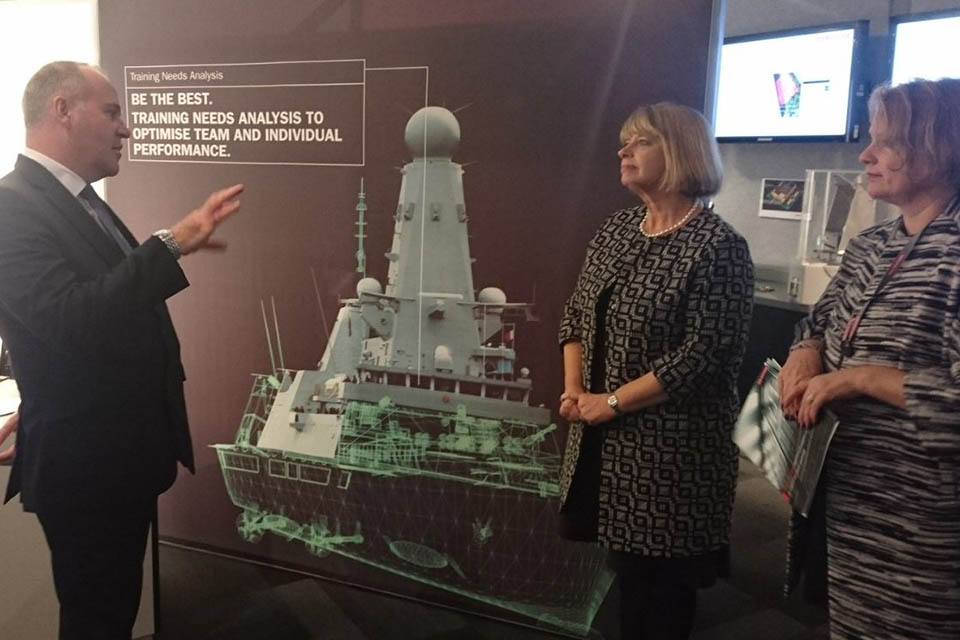 Formerly the Marconi Research Centre and Advanced Technology Centre, the BAE site continues to be a cradle of innovation where some of the best brains in the world of electromagnetics and antennas develop new digital communications technologies. It is credited as the “Birthplace of Radio” after Italian inventor Guglielmo Marconi started his business in Chelmsford.

Whilst at the site in Great Baddow, which homes BAE Systems’ research and technology hub AI Labs, the Defence Minister met scientists and engineers and discussed space opportunities as well as Long Range Radar technology.

The Long Range Radar provides the Royal Navy with a detailed air surveillance picture of the battlespace, capable of automatically detecting and tracking hundreds of separate targets simultaneously at ranges of greater than 200 miles.

It is a key element of the Type 45 air defence capability and is also employed on the new Queen Elizabeth Class Aircraft Carriers.


The UK’s Type 45 Destroyers are part of the backbone of the Royal Navy and this contract supports their primary air defence role, offering the best protection available to the ships and crew.


This support agreement is the product of the strong skills base we have in UK Defence. It will keep Royal Navy personnel safe at sea as they defend our interests all over the world.
​
The new contract, which will run for the next five years, will cover support for the entire Type 45 fleet as well as one shore-based facility in Portsmouth.


We are delighted to have been awarded this follow-on contract to support the Long Range Radars across the Royal Navy’s Type 45 Destroyer fleet, which will also enable us to explore further growth opportunities.
​
Continue reading...