As the largest provider of apprentices in the UK, the Ministry of Defence is celebrating the tenth National Apprenticeship Week by honouring its apprentices right across the country and across the services.

To kick start the week, the British Army announced they will host their first ever Apprenticeship Awards in 2018.

Announcing the awards at Gibraltar Barracks in Camberley, Defence Minister Mark Lancaster introduced some of the highest performing soldier apprentices who have recently qualified in their field, including Margate-born Lance Corporal Tristan Willis, who is pursuing a career in the infantry.


As the UK’s largest apprenticeship provider, we are delivering a huge range of training and skills right across defence, and it’s great to see the likes of Tristan taking advantage of that. I’m sure the awards launched today will motivate more like him to excel in their field and help the military to continue leading the way for British apprenticeships.
​
24 year-old Army apprentice Lance Corporal Tristan Willis of the 1st Battalion, Mercian Regiment said:


I came into the Army to gain some qualifications. So far I’ve done my level 1 and 2 in both Maths and English, have also gained a Public Services Apprenticeship and I’m currently enrolled to do an Engineering apprenticeship, despite not having any experience with cars or anything like that.
​ 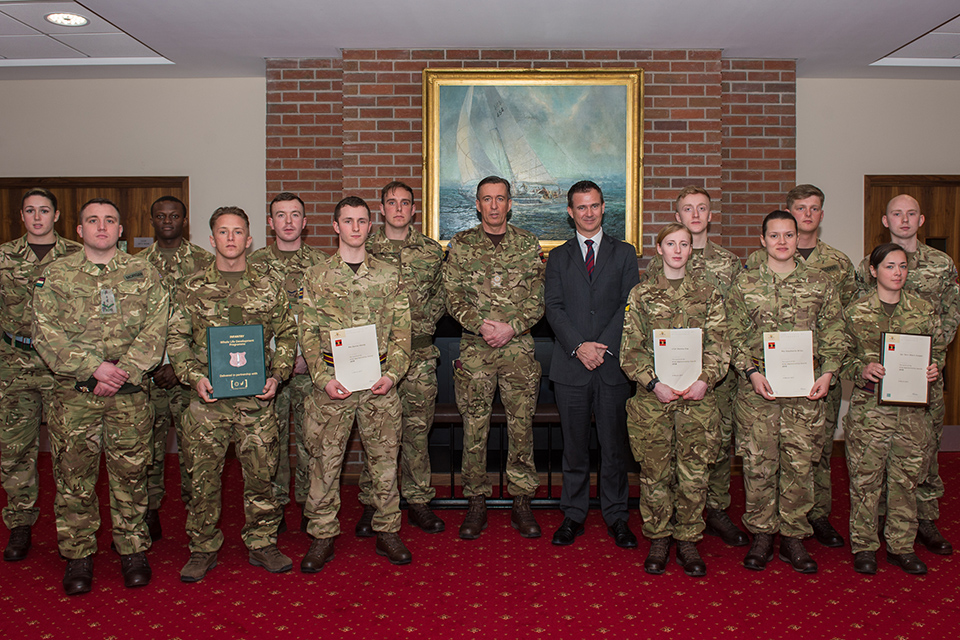 The RAF Apprenticeship Awards, now in its sixth year, will also take place today at RAF Honington. The annual event is a chance for the RAF to promote and celebrate the achievements of their valued apprentice mechanics, technicians and engineers.

Elsewhere, in London this week, the Navy will be celebrating their apprentices on-board the Type 23 frigate HMS St Albans which is docked alongside Thames Quay at West India Dock this week.

Two apprentices from each service, along with one of the MOD’s many civilian apprentices, will be attending an exclusive lunch reception at the House of Commons on Thursday in an event aimed at recognising the esteem in which apprenticeships are held.

Together with industry, the MOD is working to achieve three million apprenticeship starts by 2020 as part of the Government’s manifesto.

News story: HRH The Prince of Wales awards MOD Apprentice of the Year 2017