During a visit to the North East, Defence Secretary Michael Fallon announced that the supply of track for the Army’s heavy, medium and light armoured vehicles has been secured through a contract with Cook Defence Systems Ltd.

Mr Fallon toured Cooks’ facility in Stanhope, County Durham, where the track - the metal band around the wheels of an armoured vehicle which readies them for different terrains - is manufactured.

The four year deal will help sustain the jobs of 110 people while ensuring the UK has a critical battle winning system for its Armed Forces.


This contract is good news. It continues a long and proud tradition by the William Cook Group, which has been providing track and armour for British tanks since the Second World War.

It is part of our £166 billion plan to ensure Our Armed forces have the equipment they need. It will sustain jobs here in the North East and hundreds more within the wider UK supply chain.
​ 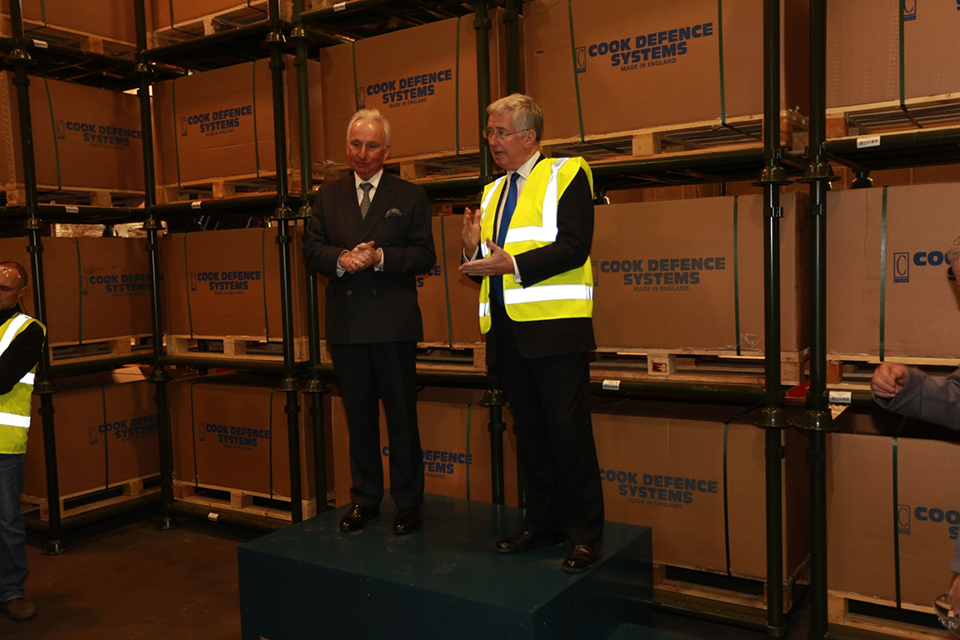 
William Cook factories have manufactured track for armoured vehicles for many years, providing track solutions with proven performance in the toughest environments.

This four year arrangement with Cook Defence will enable the re-provision of track and associated spares without which our armoured fighting vehicles could not operate.
​
Northern Powerhouse Minister James Wharton said:


Helping the north reach its potential for local people living and working here is exactly why we are committed to creating a Northern Powerhouse. Part of this is about northern companies competing to win business and investment, both from within the UK and overseas.

Therefore I am delighted that this contract, which will help provide jobs whilst supporting our armed forces, has been secured. Northern cities and towns have a long history in supplying our armed forces with the specialist equipment they need to keep our country safe, and it is encouraging to see this continue today.
​ 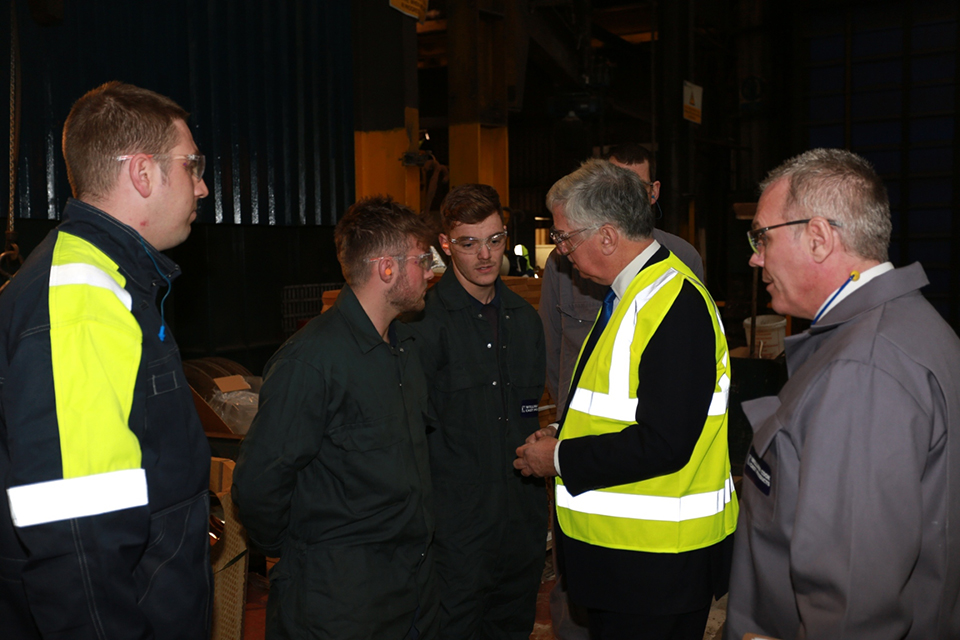 Following his time at Cook Defence Systems, Mr Fallon travelled to Pearson Engineering Ltd at the historic Armstrong Works, where the refurbishment of the UK’s Challenger 2 tanks is being undertaken. The facility, which reopened recently following a £20 million refurbishment, is another example of the invaluable role that northern Small and Medium-sized Enterprises (SMEs) are playing in the Defence supply chain.

Mr Fallon concluded his visit by meeting new Army recruits at Catterick Garrison in North Yorkshire. He met instructors at the School of Infantry, where innovative, dynamic and combat focused training is delivered. The school also leads in the development of mental resilience training and psychological skills in order to maximise training effectiveness.