The ceremony to open the new mess, known as the Glenart Castle Mess, was attended by the military’s Acting Surgeon General, Major General Martin Bricknell.

Service personnel at the RCDM, based at the nearby Queen Elizabeth Hospital Birmingham, provide care for the public and members of the armed forces returning from active duty around the world. They will be living in the new 6 storey building in Longbridge, which contains 180 ensuite bedrooms together with a dining room, gym and secure parking for military staff.

The work has been conducted for the MOD’s Defence Infrastructure Organisation (DIO) and Surgeon General’s Headquarters by national developer St. Modwen, and forms part of the ongoing £1 billion redevelopment of the former MG Rover site in south-west Birmingham.


We’re delighted to have completed the new accommodation for the military medics serving at the Royal Centre for Defence Medicine. These purpose built facilities will be a comfortable home-from-home during their posting to the hospital and will contribute to a positive work-life balance.
​
Major General Martin Bricknell, Acting Surgeon General, said:


The ribbon cutting marks an important step in the relationship between the Defence Medical Services and the City of Birmingham. The ceremony has been an opportunity to recognise some the key contributions which have made this project possible, with St Modwen, DIO and the military working together to create a new home for RCDM personnel.
​
Colonel Katherine Richardson, RCDM’s Commanding Officer, said:


The new accommodation at Longbridge, named the Glenart Castle Mess, provides excellent facilities for RCDM personnel. With all 3 Services and all ranks living under one roof, the mess will further enhance unit cohesion and community, an important part of being in the military.
​ 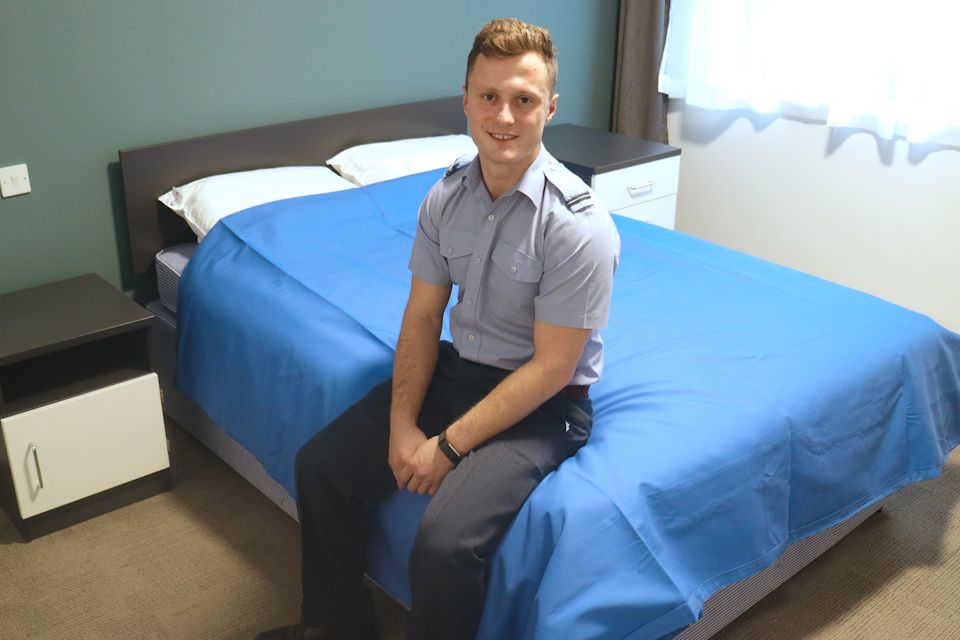 Flying Officer Niall Dowse in one of the new bedrooms provided for military medics at Longbridge. Crown Copyright MOD 2017. All rights reserved.


The decision to choose Longbridge for this incredible facility and the investment from DIO is testament to the success of the ongoing regeneration. We very much welcome DIO and the fantastic accommodation they have provided to help improve the lives of people working in incredibly serious and stressful situations.

We are soon to commence pedestrian footpaths and cycle links from The RCDM across the River Rae and under the A38 into Austin Park and the town centre, making for a more accessible and environmentally friendly community.
​
The opening of Glenart Castle Mess follows the announcement that St. Modwen was granted planning permission for a £20 million leisure scheme at Longbridge.

St. Modwen has been regenerating the former MG factory site since 2003, investing more than £300 million into the area, creating more than 4,000 new jobs.

News story: Work gets underway on Longbridge accommodation for Royal Centre for Defence...