The event blended the breaking of the fast at the end of the day during the Muslim festival of Ramadan with the commemoration of the centenary of the Battle of the Somme.

Tribute was paid to the 400,000 Indian Muslim soldiers who had fought gallantly for Britain from Mesopotamia to the Western Front during the First World War.

But the essence of the evening was also to recognise the important role that Muslim troops have played in the UK Armed Forces ever since.

Speakers reflected on the values of service, courage and respect that are shared by both the Islamic faith and by the UK Armed Forces.


When I tell people that the Armed Forces operate according to values such as courage, respect, discipline and loyalty they see how that is compatible with Islam and how a career in the Armed Forces is completely in keeping with their faith.
​
As a personal and poignant reminder of this sense of Service, a tribute was paid to Lance Corporal Jabron Hashmi, a British Muslim soldier who was killed in Afghanistan ten years ago on 1 July.

Minister of State for Defence, Earl Howe presented, on behalf of the Armed Forces Muslim Forum, a poppy tile to members of Lance Corporal Hashmi’s family, who had been invited as honoured guests. The presentation of the tile was a humble tribute, a token of thanks and a mark of remembrance.


Jabron and his family paid the ultimate sacrifice and we honour them all tonight. Jabron’s name and his legacy will live on, as we look to build a better future for our Armed Forces and our country.

A future in which we will seek to unite all of our communities further in the creation of ever more diverse Armed Forces.
​ 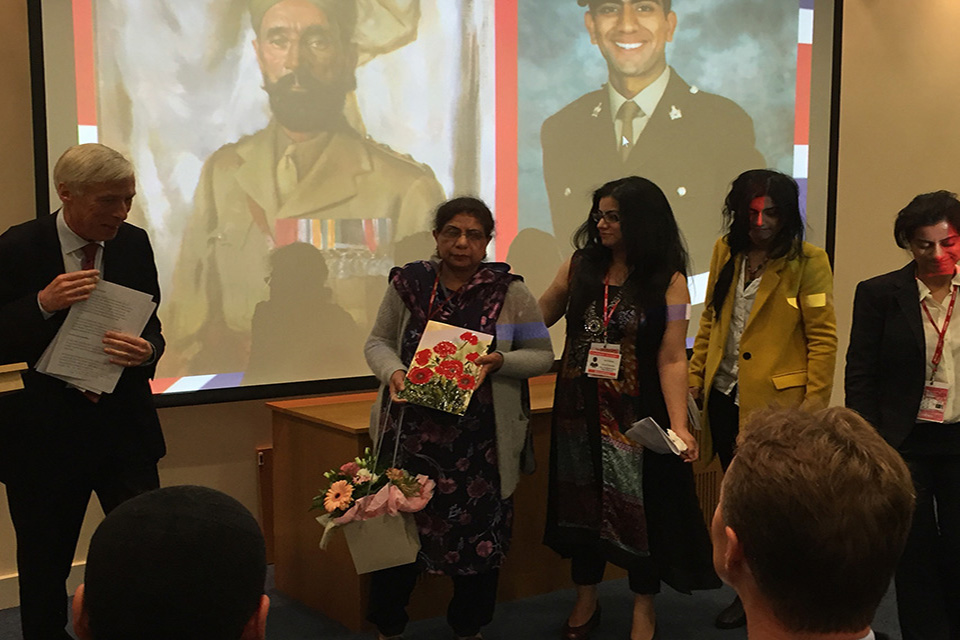 He never wavered in his conviction that our strength as a country comes from our diversity not from our differences.
​
Continue reading...
You must log in or register to reply here.

Independent: "Muslims In The Armed Forces: A Proud Tradition"
2