Sir Stuart’s exchanges centred on the continued growing defence relationship through the recently established Capability Partnerships, the joint threats of terrorism and extremism faced globally, upcoming exercises and UN Peacekeeping among other topics.


My interactions with the civilian and political officials have served to underpin our already strong bonds. Our shared values provide a platform on which, as partners, we can contribute to regional and global security and jointly develop cutting edge capabilities for our armed forces. Whether beating terror, securing peace and stability through better peacekeeping or sharing operational knowledge and technology, as defence partners, we are world beaters.
​
The Chief of the Defence Staff visited Delhi and Kolkata over four days. In addition to meetings with senior military and civilian officials, he laid a wreath at India Gate in commemoration of the 74,000 Indians who served and died in the First World War. 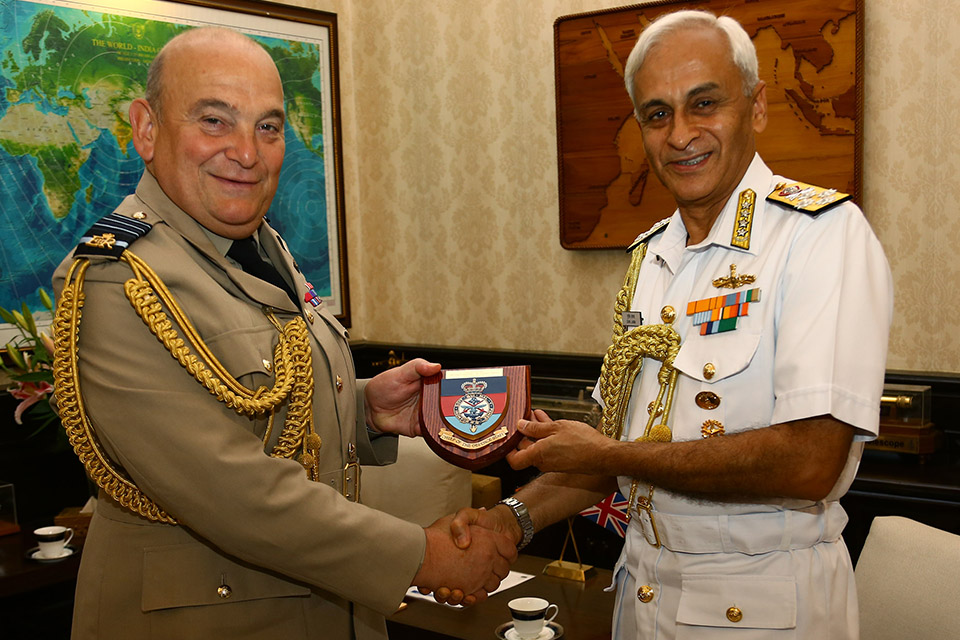 The UK’s and India’s Armed Forces continue to benefit from a close relationship and Sir Stuart’s visit fortifies this. Both countries’ Armed Forces are undergoing a transformation in some guise and the learning experiences from each other in areas like the joint aircraft carrier projects, to combatting terrorism, develops best practice between global partners.