19 unknown British comrades in arms who lost their lives on the battlefield during World War 1 (WW1) have finally been laid to rest in the New Irish Farm Commonwealth War Graves Commission (CWGC) Cemetery in Ypres, Belgium on Thursday 28 September.

Unusually for a single service the ceremony involved casualties from English, Irish, Scottish and Welsh Regiments. The service itself was organised by the MOD’s Joint Casualty and Compassionate Centre (JCCC), part of Defence Business Services and was conducted by The Reverend Iori Price CF, Chaplain to the 1st Battalion, The Royal Anglian Regiment. 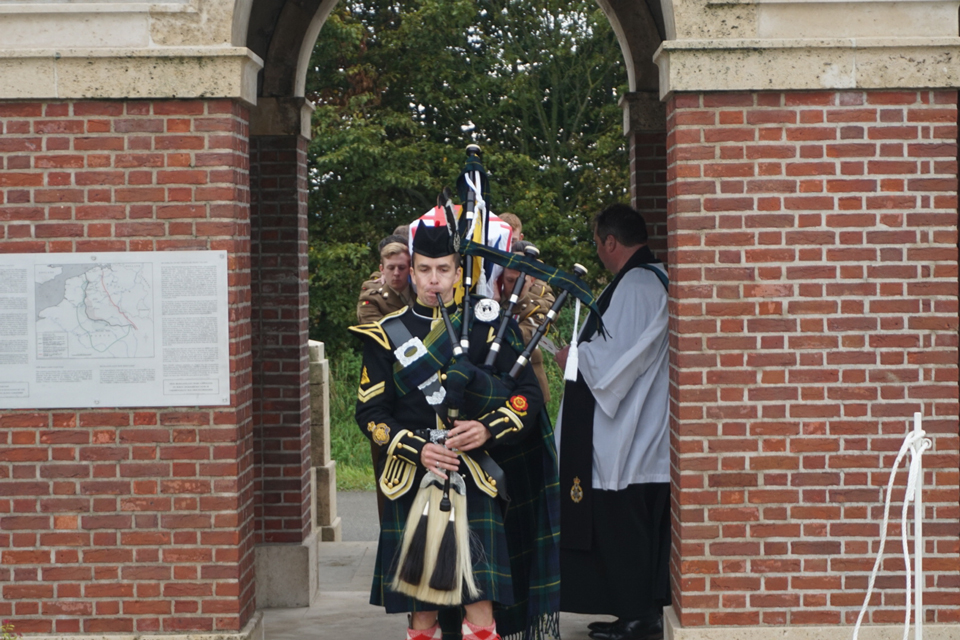 
It is very unusual for there to be 19 First World War soldiers from English, Irish, Scottish and Welsh Regiments buried in one ceremony. It has been a privilege for the Joint Casualty and Compassionate Centre to organise this service.
​
The soldiers were found following ground work at an industrial development at Briekestraat, Ypres in Belgium. The location, thought to be the original Irish Farm site, is an original war time cemetery created by the army under war conditions. It was believed that all those buried there had been transferred to the New Irish Farm Cemetery, some 300 meters away, but this discovery has proved that they hadn’t. 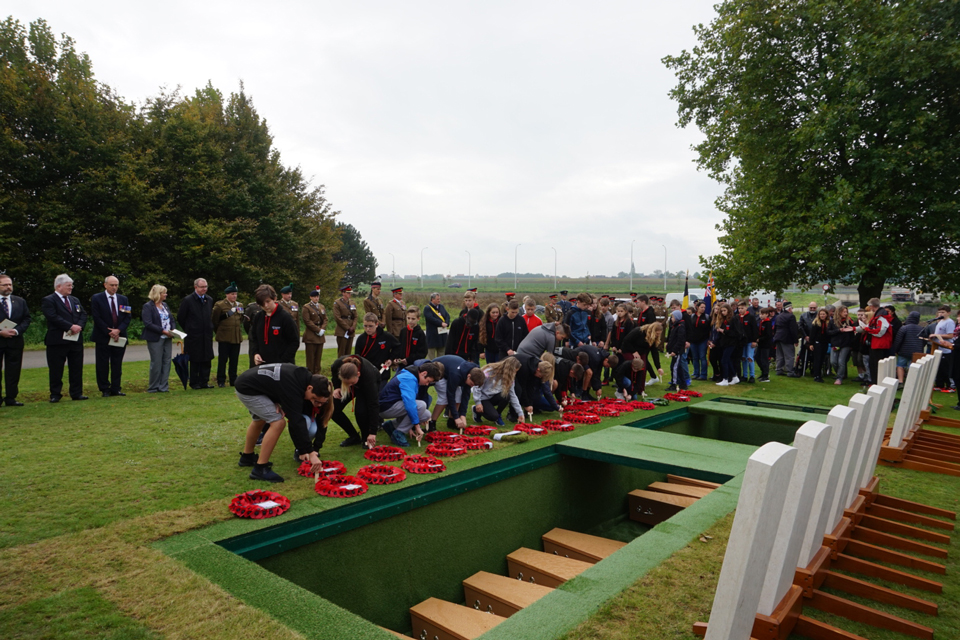 Investigations undertaken by the JCCC established that of the 19 soldiers:


As no regimental artefacts were found, the remaining 11 will be buried as ‘Known Unto God’. During the burial service all the coffins were in the burial plots with the exception of 1, which was carried in as the focus of the ceremony by the Essex Regiment, now the Anglians. 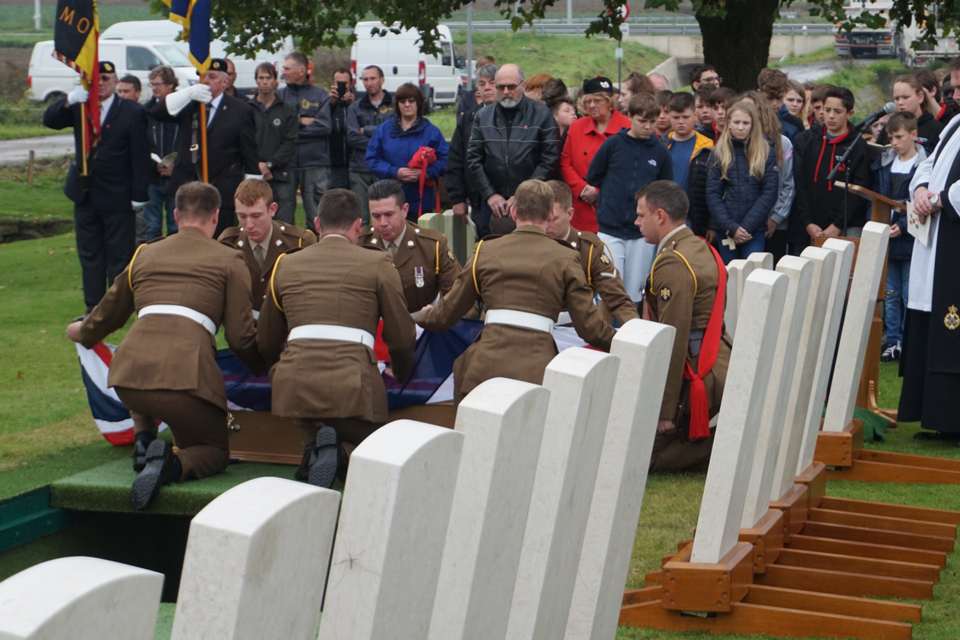 A bearer party prepare coffin to be lowered into the ground - Crown Copyright, All Rights Reserved


We are always mindful of the costs of conflict and the need we have to persue peace for all. At such a moment as this, when we have gathered to bury those fallen in conflicts, we reflect on the great price paid by our service personnel then and the motivation that encouraged them.
​
The headstones were provided by the CWGC and Liz Sweet, CWGC’s Director of External Relations in Western Europe said:


We, at the Commonwealth War Graves Commission, are delighted that the sacrifice of these 19 soldiers has been recognised by today’s event and will now be cared for in perpetuity by the Commission.
​
Continue reading...