Armed Forces Minister Mike Penning yesterday visited Bentiu and Malakal, where UK military personnel are deployed, and met those carrying out engineering tasks in support of the UN Mission in South Sudan (UNMISS).

With around 100 already in country, Royal Engineers are carrying out building tasks in preparation for the main deployment of nearly 400 troops over the coming months – making this one of the UK’s largest operational deployments across the globe.

UK personnel are carrying out engineering tasks at the UN’s camps in both Malakal and Bentiu to enhance UNMISS’s efforts, and as more British troops arrive in South Sudan, focus will move to Bentiu where a temporary field hospital will be set up, followed by a permanent hospital.


The UN is working hard to protect civilians and promote stability in South Sudan, and the UK continues to support this important effort.

This will be the UK’s single largest deployment to a UN mission with almost 400 of our troops carrying out vital engineering tasks on the ground and a number of key roles within the UN headquarters.
​
This permanent field hospital will support over 1,000 UN peacekeepers and staff, enabling them to continue working to improve conditions in South Sudan. 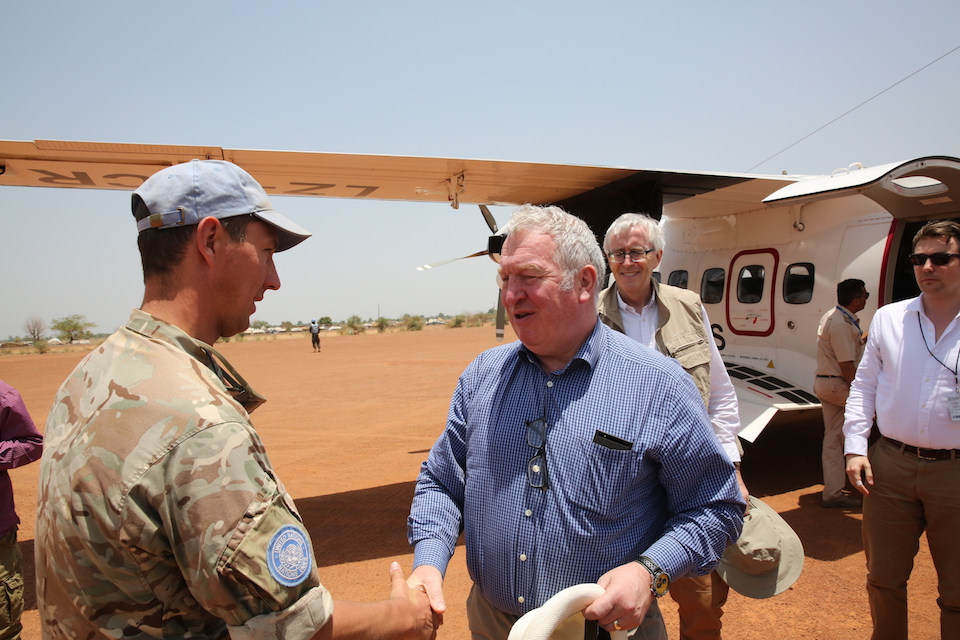 Engineering tasks carried out by UK personnel could include a helicopter landing site in Malakal, facilities to improve water supply, drainage to prevent flooding. In addition to engineering and medical support, the UK also has a small number of staff officers in UNMISS’s headquarters in Juba.


We are very proud to be part of UNMISS. We look forward to continued work with our military and civilian colleagues to support the mission, which aims to improve conditions for the people of South Sudan.

My engineers are working in a tough operating environment to ensure our mission will be a success.
​
As part of his visit the Armed Forces Minister also met Lt Col Ainley in Juba, as well as Defence Minister Kuol Manyang Juuk, and UN Special Representative David Shearer.

British military support in South Sudan follows a commitment made in 2015 by the then Prime Minister to double the UK’s commitment to global peacekeeping initiatives, including by deploying troops to South Sudan and Somalia.

Alongside the UK-hosted Peacekeeping Defence Ministerial in London in September, these contributions underline the UK’s leading role in support to peacekeeping operations. 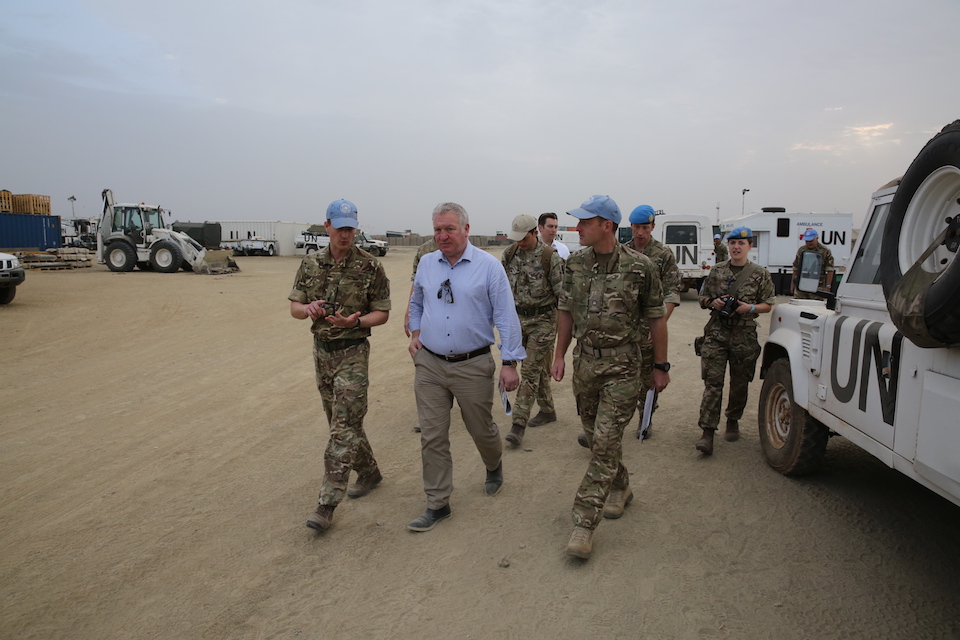 More widely, the UK Government has committed life-saving support to tackle the humanitarian crisis in South Sudan, including matching pound for pound public donations up to £10 million to the Disaster Emergency Committee’s East Africa Crisis Appeal.

The Government also recently announcement that £100m will be spent on life-saving support in South Sudan in 2017/18, including: