Ministry of Defence said:
The two-week exercise in Otterburn, Northumberland, will test 1,600 soldiers from 18 British regular and reserve regiments alongside members of the 35th Parachute Artillery Regiment.
The aim of Exercise Steel Sabre is to prepare units for future operations, including being part of contingency forces such as the Airborne Task Force or commando lead elements.
Commander Royal Artillery for the 1st (United Kingdom) Armoured Division, Brigadier Simon Humphrey, has responsibility for co-ordinating the exercise’s activities. He said:

The exercise aim is to bring all the components of an effective artillery group together to train in its core business - delivering firepower on the battlefield.
​
This includes soldiers from different nations and from the regular and reserve parts of the British Army employing artillery guns, rockets, mortars, radars and unmanned aerial vehicles. It has been a huge success.
​ 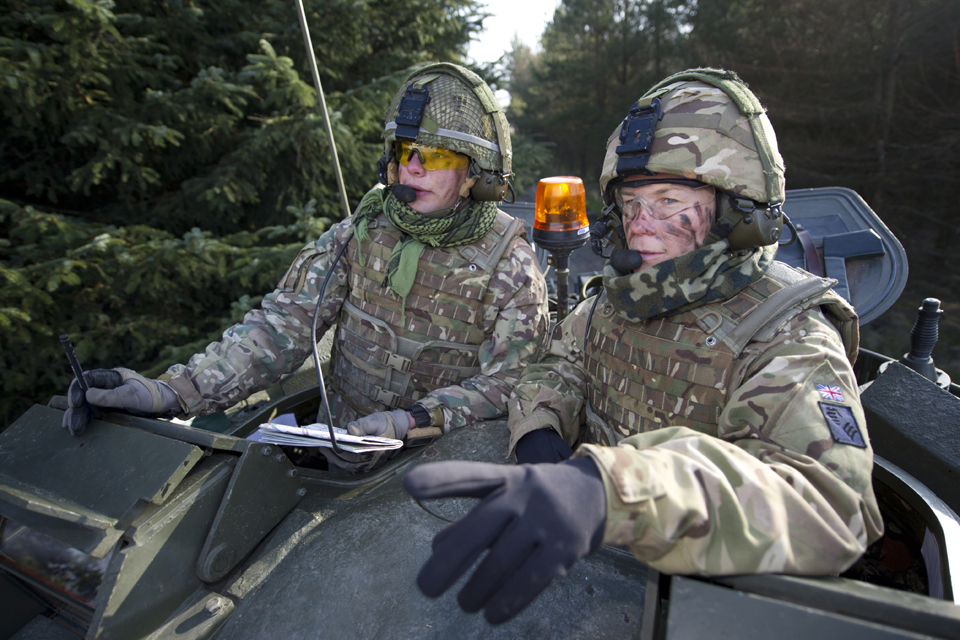 British and French soldiers on Exercise Steel Sabre [Picture: Sergeant Brian Gamble, Crown copyright]The exercise is an indication of how the Army will operate in future, with reservists integrated more than ever alongside their regular counterparts and in significant numbers. Bombardier Sam Fletcher, a Territorial Army soldier from Newport, said:

As a reservist I operate the Desert Hawk, a hand-launched unmanned aerial vehicle that can fly forward of the guns for unarmed surveillance of the area. I enjoy working with the Regular Army, everyone puts in the same amount of effort and we all get the same out of it.
​
Gunner Jamie Kettles is a reservist from 105 Regiment Royal Artillery. On working alongside his regular counterparts he said:

They have all been really good. I work as number two of a six-man team on the gun; I ram the shells and operate the breech. Everybody’s role is absolutely key to the functioning of the gun.
​
Regular soldier Gunner Samantha Lister of 3rd Regiment Royal Horse Artillery, aged 17, has only been in the regiment for 2 weeks. 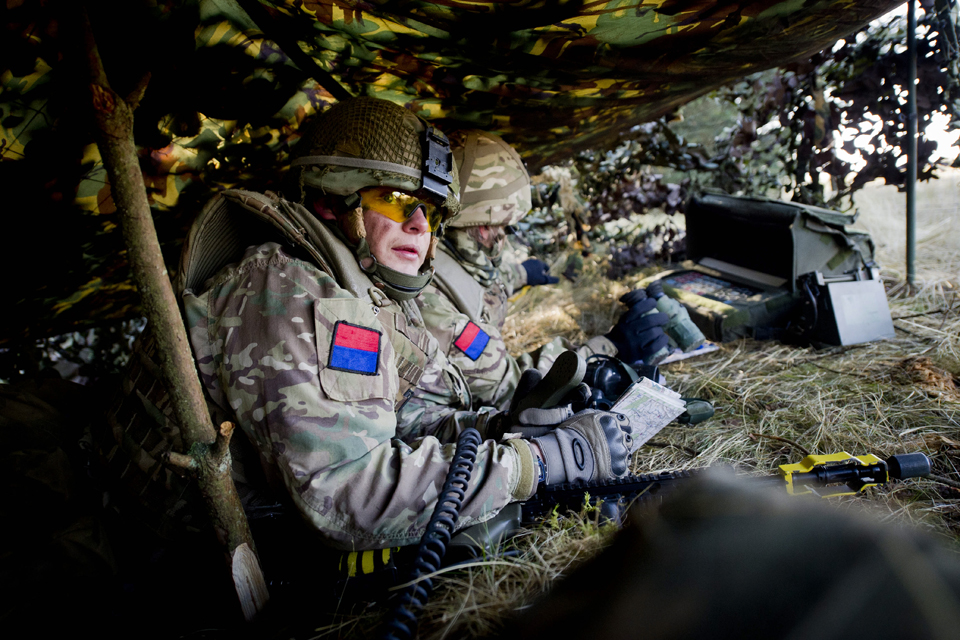 It’s my first exercise and it’s been great to get to know all the guys. I just get treated like any of the other lads but because I’m new people keep an eye on me to make sure I’m OK and doing the right thing. I’m looking forward to getting more experience and taking part in the firing of the guns.
​
Following the declaration on defence and security co-operation between the UK and France announced in November 2010, there is a greater focus on joint training between the British Army and their French Army counterparts, and this is one of several joint exercises between the 2 nations running this year.
Staff Sergeant Thomas, from Toulouse in south-west France, said:

This is my first time in the UK and the first time I have worked with the British. The exercise has been hard work; having marched 7 kilometres into position in the early hours of the morning I am here to call in the fire from the guns.
​
It is very cold; I’m looking forward to inviting the British back to France when it is sunnier.
​ 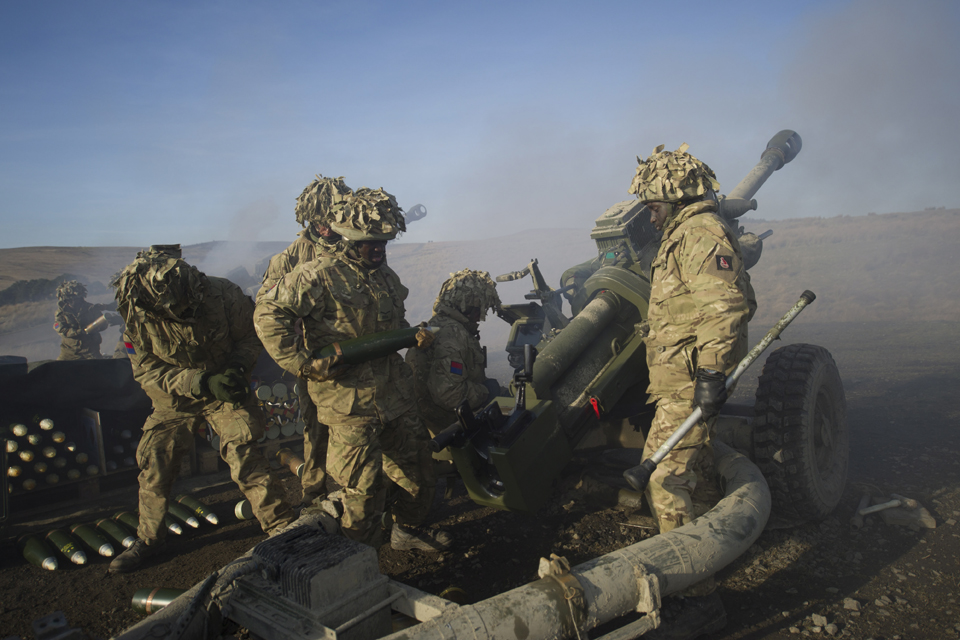 I’ve been impressed by the French soldiers working alongside the Brits. We enjoy them being here and judging by the smiles on faces they are happy to be taking part in this demanding and exciting training with us.
​ 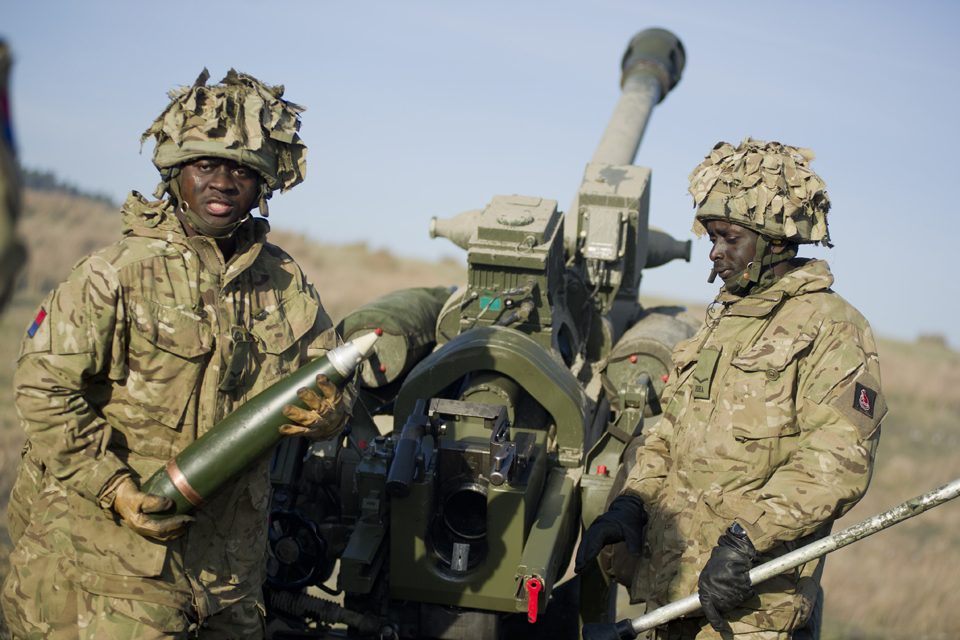 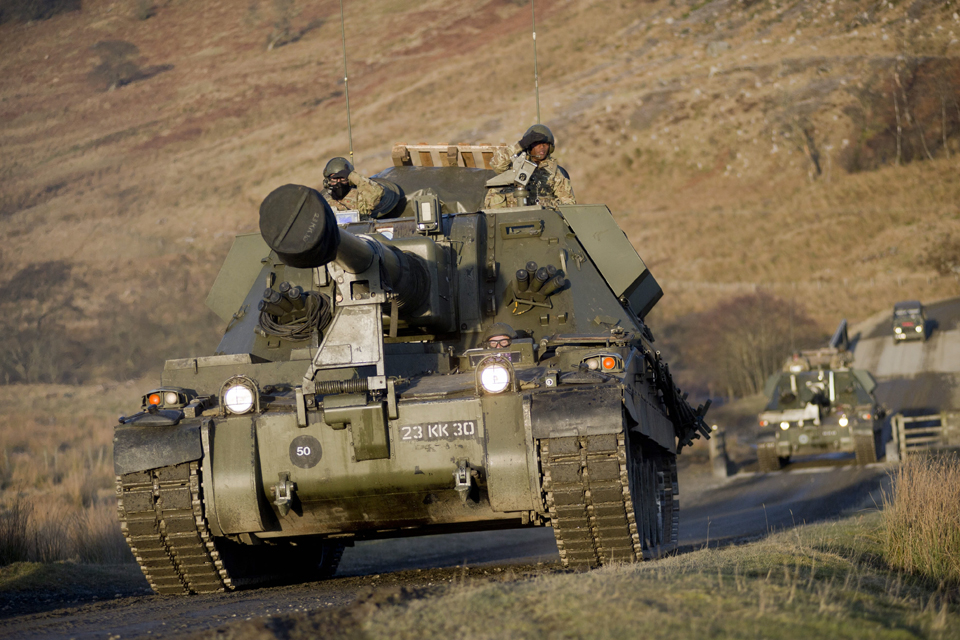 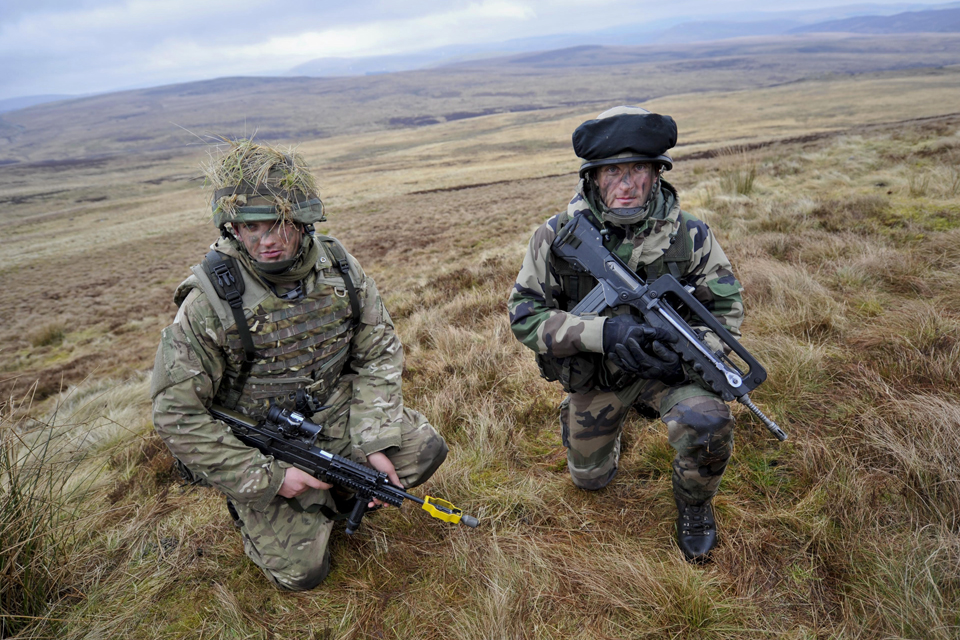 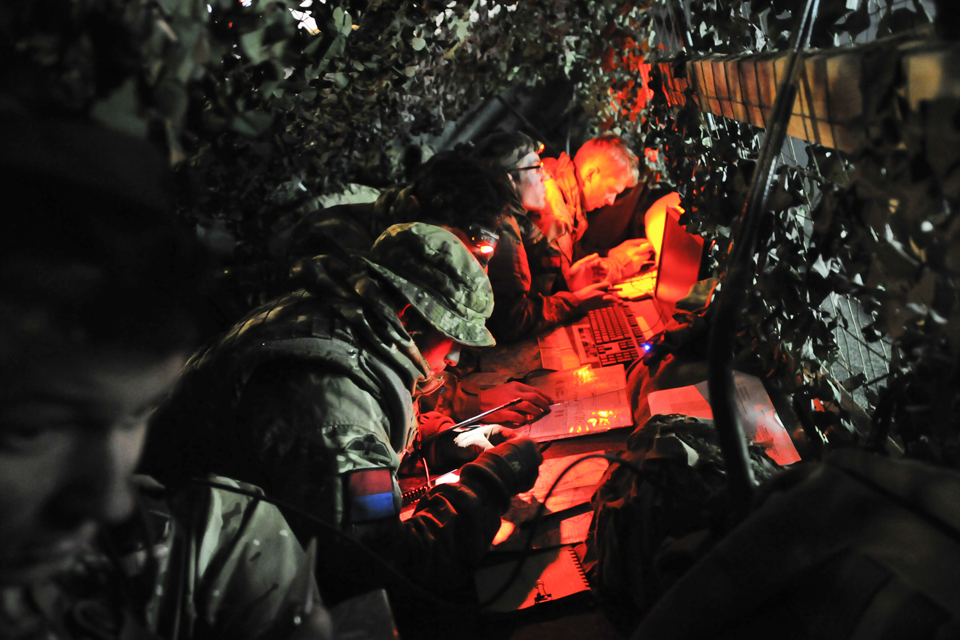 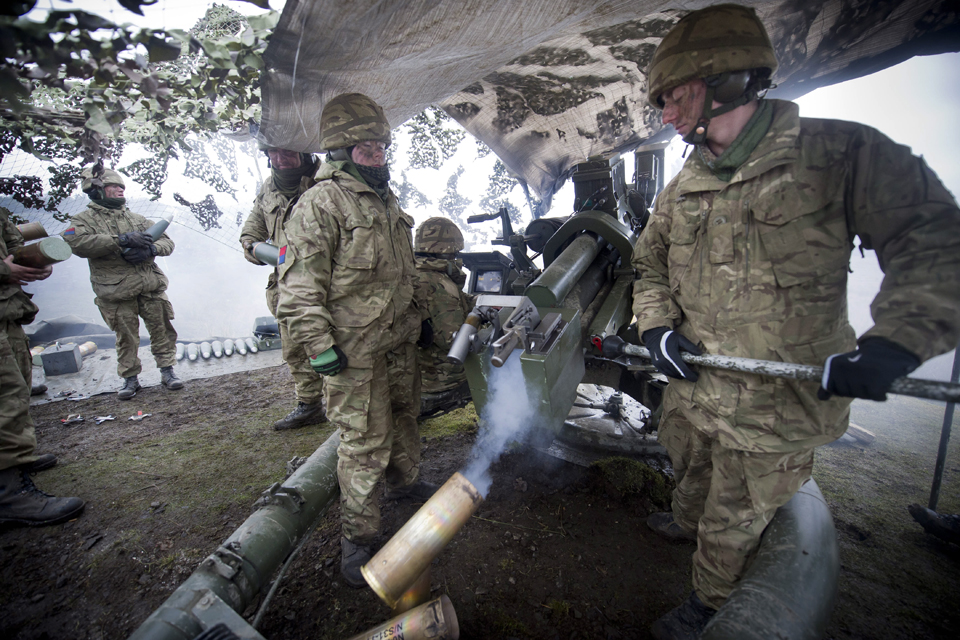 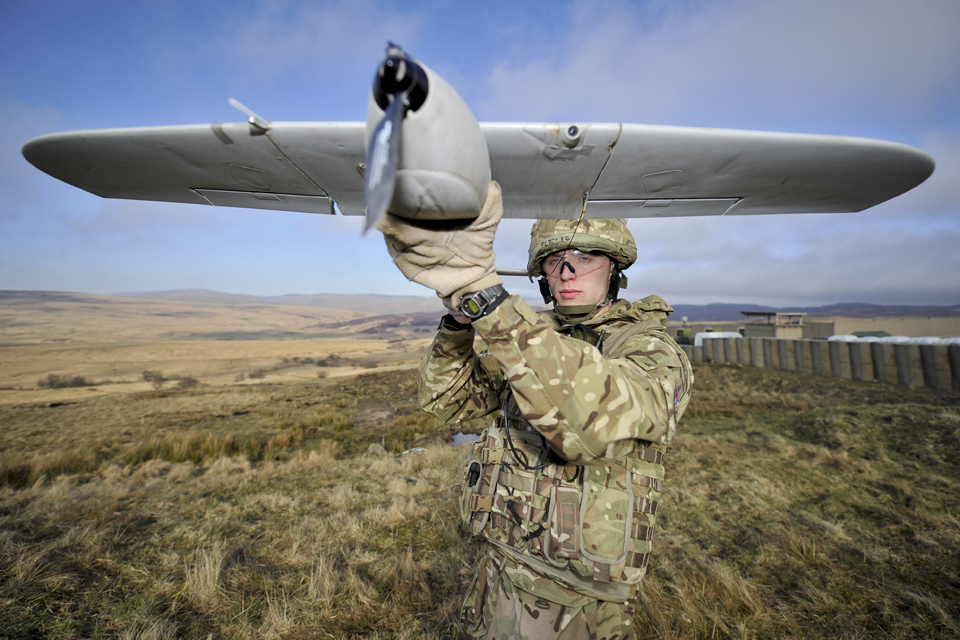 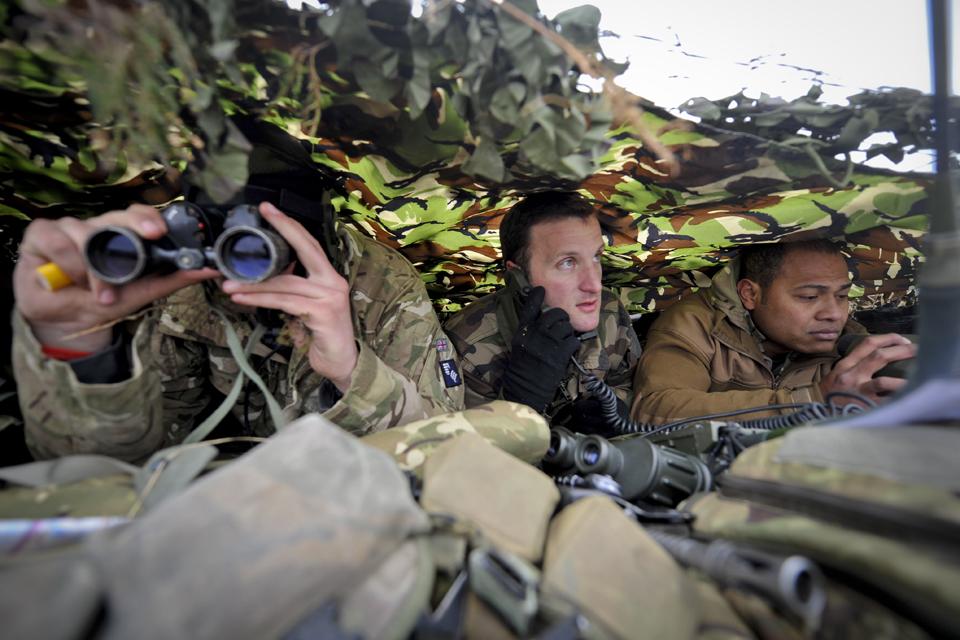 British and French soldiers man an observation post as part of a Fire Support Team on a hill in the Otterburn Training Area [Picture: Sergeant Brian Gamble, Crown copyright]

Congrats RSS, another story that has no relevance to the senior service!

Had another look and can't even see royal mentioned, surely though the crabs must have been there somewhere?

Bloody typical, Horse Artillery and not a horse in any of the pictures.....wonder if the chefs are French?

trelawney126 said:
Bloody typical, Horse Artillery and not a horse in any of the pictures.....wonder if the chefs are French?
Click to expand...

And now you know why traces of horse DNA have been showing up in Findus Ready Meals!