Ministry of Defence said:
Apaches from the Army Air Corps and Gazelles from the French Army have forged an operational partnership during demanding training on Exercise Joint Warrior in the West Freugh area of Scotland.
The helicopters were taking part in joint training to prepare 16 Air Assault Brigade and the 11th Parachute Brigade, the British and French Army’s rapid reaction forces, respectively, to be able to deploy side-by-side on contingency operations ranging from disaster relief to war-fighting.
Two missions tested the ability of the attack helicopters to work together. Under British command, Apaches and Gazelles escorted helicopters carrying troops from 2nd Battalion The Parachute Regiment. The attack helicopters then hit targets on the ground with cannon and missiles to clear the way for the infantry to assault a position. 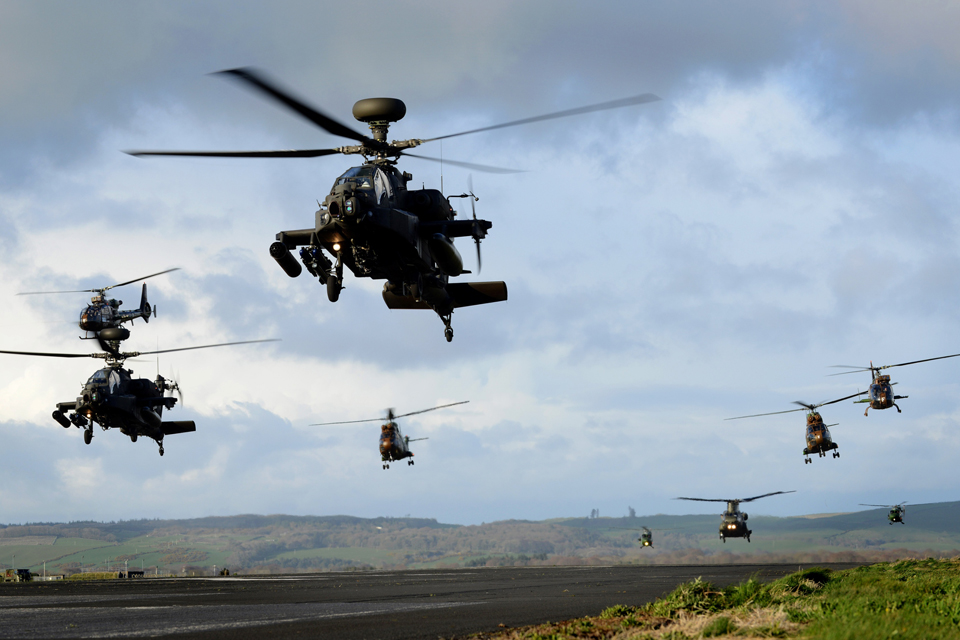 To be appointed as the air mission commander for such a huge air assault was both an honour and a challenge. How would we deal with target handovers, troop-lifts and relief in place all at once?
But what could have seemed either over-ambitious or tentative proved to be efficient. Our procedures are near identical, our aircraft have complementary capabilities and, last but not least, language hasn’t been a factor.
This training has shown that joint working between French and British attack helicopters is a hard fact, not just politics.
​ 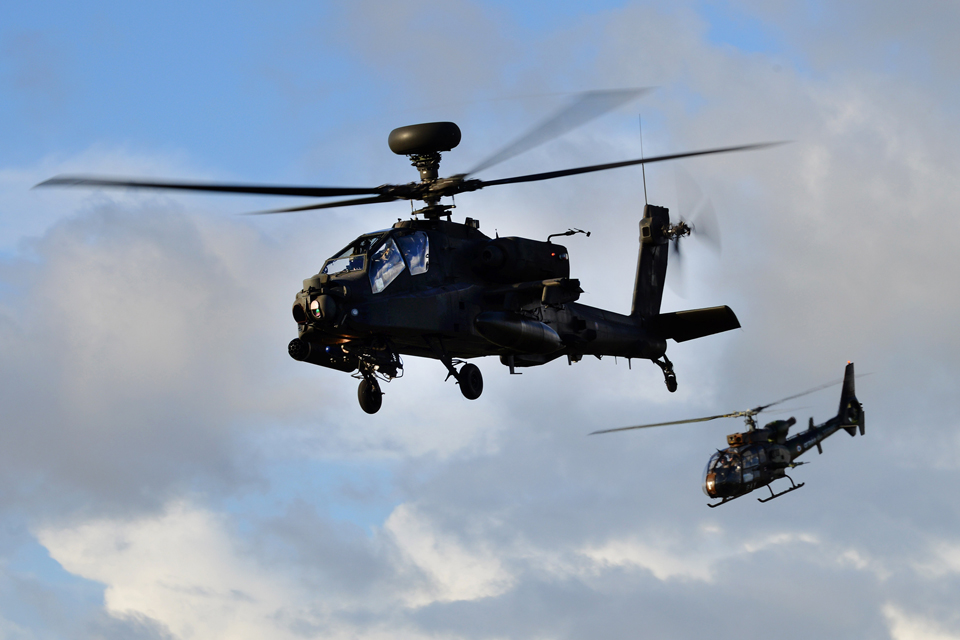 An Apache from the Army Air Corps and a French Army Gazelle in action [Picture: Corporal Obi Igbo, Crown copyright]The Apaches were flown and maintained by soldiers from 656 Squadron, 4 Regiment Army Air Corps, which is based at Wattisham in Suffolk.
Officer Commanding 656 Squadron, Major Piers Lewis, said:

This is the first time we have worked alongside French Gazelles and we’ve really taken forward the integration of our aviation forces. To fly side-by-side on missions and exchange targets between us on our first attempt at joint operations is a fantastic achievement.
There’s a natural affinity between pilots and we speak the same vocabulary in the air, which has really enabled us to work together fluently. This exercise has put us in a good place if we are called on to do a joint operation.
​