They were there for the Bastion Memorial Service of Rededication and to remember those who gave their lives during Combat Operations in Afghanistan between 2001 and 2014.

The congregation of bereaved families, veterans and current Servicemen and women were joined by the Prime Minister David Cameron, Defence Secretary Michael Fallon and HRH Prince Harry who gave a fitting and moving tribute to those who made the ultimate sacrifice. 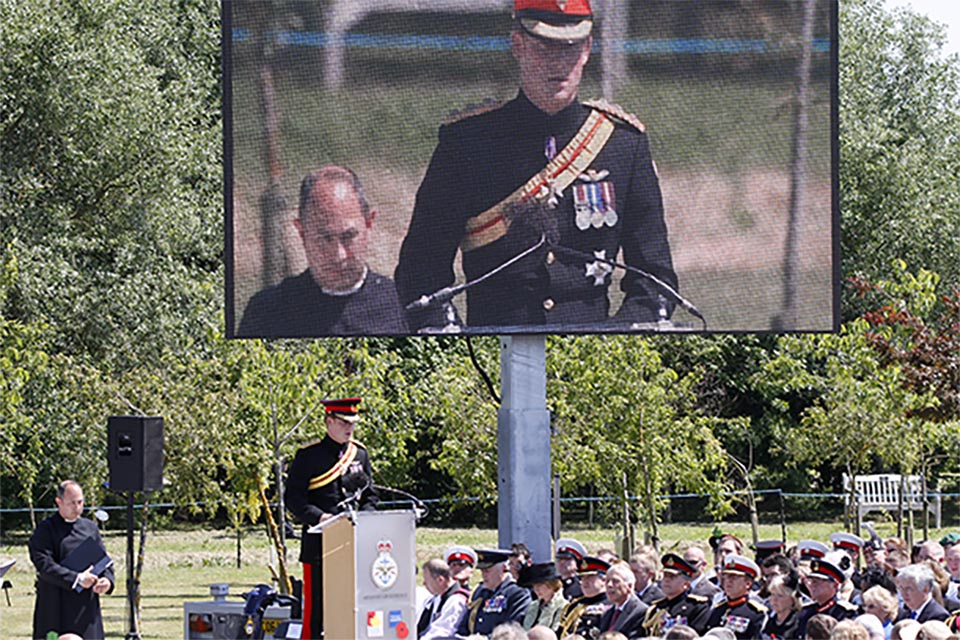 During the Service, the Reverend Peter Eagles, Deputy Chaplain-General, rededicated the Bastion Memorial which includes elements of the original memorial in Camp Bastion, including the poignant brass cross.

Major Kate Philp of the Royal Artillery read the Chaplain’s Reflection on the Camp Bastion Memorial, which was originally read during the Service of Commemoration, Afghanistan, held at St Paul’s Cathedral on 13 March 2015.


This cross before you today is now symbolic of more than just the Christian faith: it has been adopted by a wider community that seeks to remember and will never forget.
​
Kate was injured whilst serving on operations in Afghanistan in November 2008, when the armoured vehicle she was commanding was hit by an Improvised Explosive Device (IED), resulting in her left leg being amputated below the knee. The explosion also sadly took the life of one of her team.

After the Service she spoke of how it had been an important time to pause and reflect on the conflict in Afghanistan.


It was an honour to be asked to speak at the ceremony. Today truly has been a fitting and emotional time for all of us.
​
Lieutenant Oliver Richard Augustin who served with 42 Commando, Royal Marines, was killed by an IED whilst on patrol in the Loy Mandeh area of the Nad’Ali district in Helmand Province in 2011. His father Sean Augustin-Wood attended the Service. Speaking after the Service, he said:


As a family we feel the memorial is a fitting tribute to those that made the ultimate sacrifice. It stands as a focal point for all those whose lives changed dramatically through injury and is a place of reflection for the thousands of service people and their families who lost friends and family, but only time will heal their scars.
​ 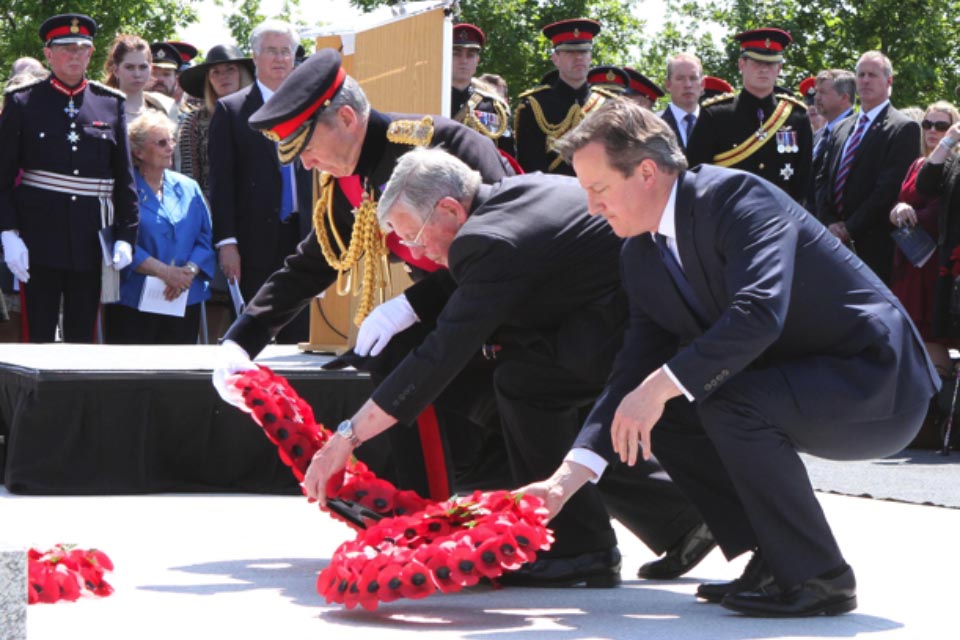 The occasion was marked by a one-minute silence to remember the Fallen and the family and friends they had left behind.

After the ceremony the congregation was invited to attend a reception hosted by The Royal British Legion, where Prince Harry was able to meet the friends and families of those he had served during his deployments to Afghanistan. 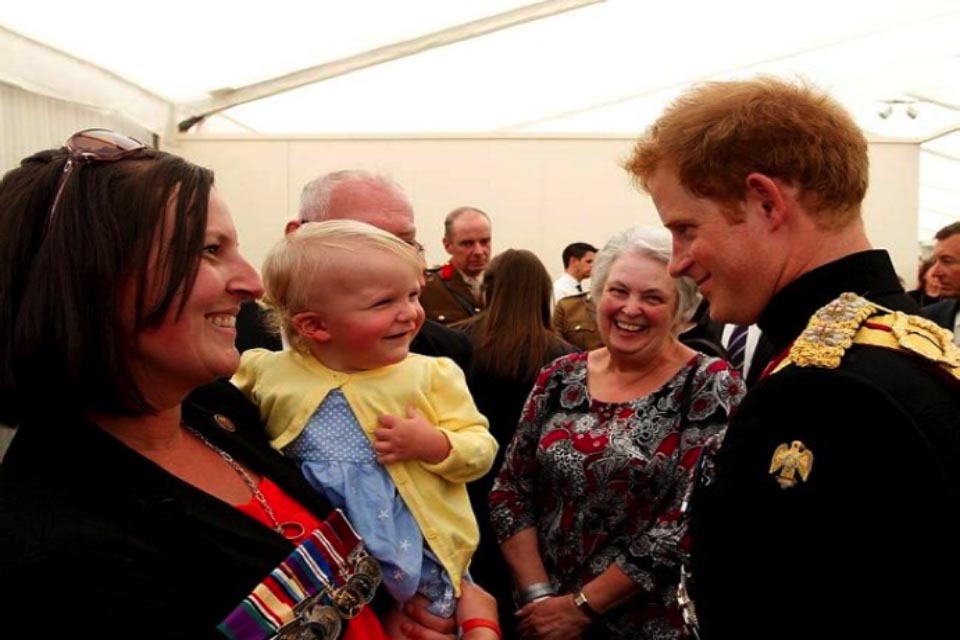 Prince Harry with Tracey and Lainey Walters, wife and daughter of the later Corporal James Walters 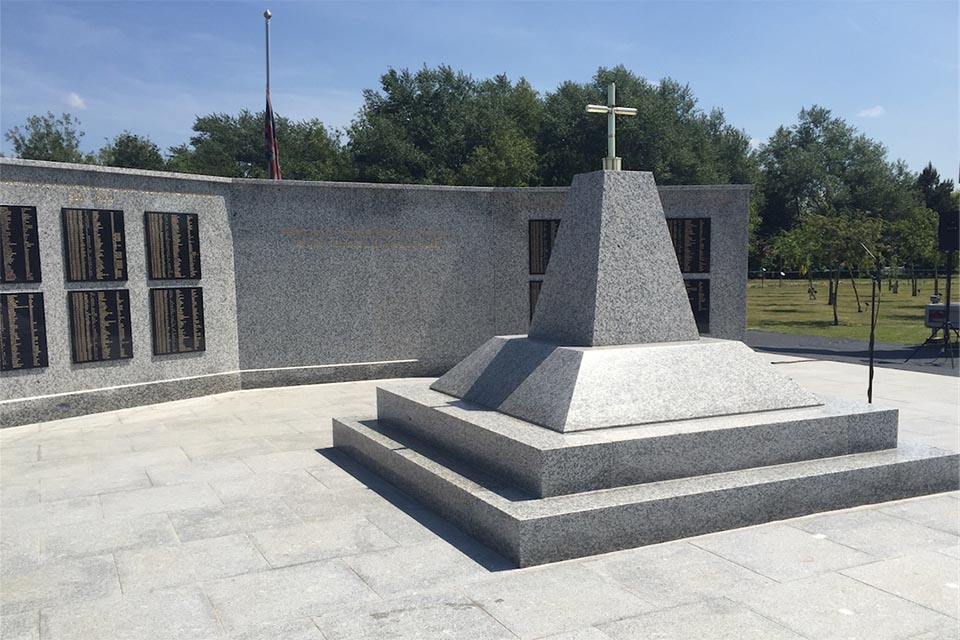 The public can visit the Bastion Memorial all year round at the National Memorial Arboretum. The Arboretum is also home to the Armed Forces Memorial, the UK’s tribute to all Servicemen and women killed on duty or by acts of terrorism since 1948.


Once this ceremony is ended and all the trappings of the day have been cleared away, this will become a place of pilgrimage; a quiet space for remembrance, just as it was in Camp Bastion all those miles away. But those named on this memorial will forever be in our hearts and prayers.
​
Continue reading...
You must log in or register to reply here.