Ministry of Defence said:
This money comes from fines levied on banks for attempting to manipulate the London Interbank Offered Rate (LIBOR) benchmark.
The government allocated £1 million of fines revenue to the Fisher House project at Queen Elizabeth Hospital Birmingham in December 2012, alongside £1.5 million from Help for Heroes and £1.3 million from the Fisher House Foundation. Fisher House is a purpose-built 18-room facility for military patients and their families within walking distance of the Queen Elizabeth Hospital. 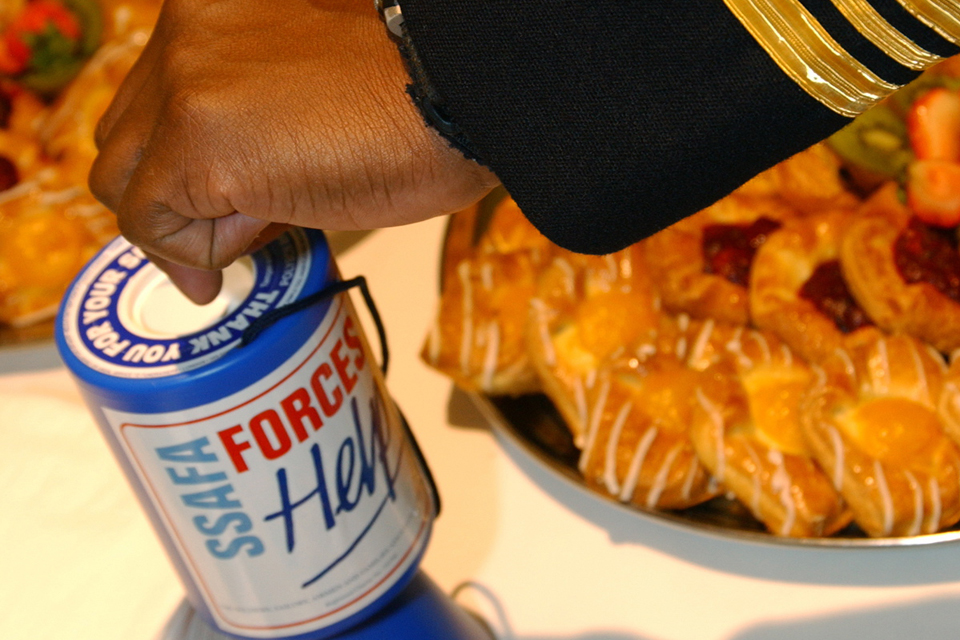 The Soldiers, Sailors, Airmen and Families Association (SSAFA) is one of the charities to benefit from the extra funds (library image) [Picture: Crown copyright]The following selected causes and charities will receive a share of the £1.3 million of extra funding:
• the Soldiers, Sailors, Airmen and Families Association (SSAFA) will receive £1.1 million to fund support groups for families dealing with loss or struggling to cope with an injured loved one
• the Felix Fund will receive £65,000 to provide normalisation breaks for all 32 explosive ordnance disposal teams expected to return from Afghanistan in the next 12 months - these breaks reunite the teams after their post-tour leave for 5 days and include outdoor pursuits such as rock-climbing, abseiling and caving
• Tickets for Troops will receive £160,000 to provide free tickets to musical, sporting, entertainment and cultural events for distribution to Service personnel and those who have been medically discharged
Speaking at the Fisher House project in Birmingham, George Osborne said:

Our servicemen and women make huge sacrifices on behalf of our country and represent the best of British values. That’s why it is right that money received from fines banks are paying, for attempting LIBOR manipulation, will be used to provide our Armed Forces and their families with the support they need.
​

Press release: £2m for thousands of Royal Navy personnel in Argyll and Bute

News story: New homes for veterans in time for Christmas