Ministry of Defence said:
Commander Andy Lamb received his OBE for ‘the delivery of operational effect and the contingent readiness of an important UK facility overseas at a time of considerable regional tension’.
[h=3]Royal Navy mine countermeasures operations overseas[/h]For the past 6 years the Royal Navy has maintained a continuous minehunting presence overseas. HMS Ramsey and her sister ship HMS Blyth were the first vessels to commence this enduring activity from 21 December 2006.
Routinely ships spend 3 years on station, with the crews changing over every 6 months. At the end of the 3-year period, the ships swap with others of the same class and then sail home. 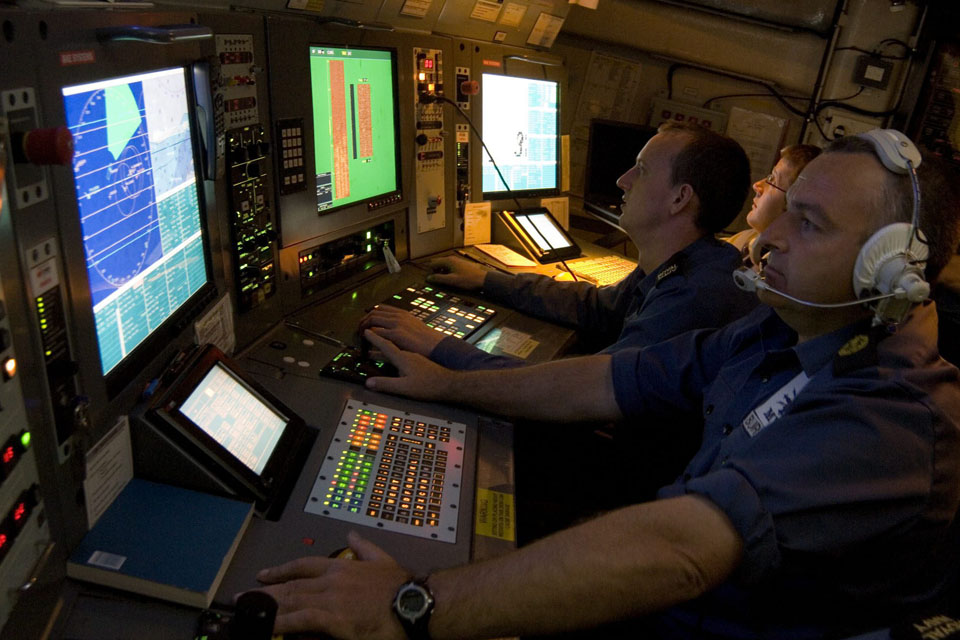 Royal Navy mine countermeasures personnel at work on board Sandown Class vessel HMS Shoreham (stock image) [Picture: Leading Airman (Photographer) Kaz Williams, Crown copyright]When operating overseas, the minehunters are co-ordinated and operations managed by the UK Mine Countermeasures Force using a Royal Fleet Auxiliary vessel as command ship.
It was for his work with the Mine Countermeasures Force that Commander Lamb picked up his award.
Speaking of the honour, Commander Lamb said:

I am thrilled and humbled to receive the award of an OBE. It follows a very busy period in the Middle East and extends to all the excellent people I worked alongside during my time as Commander of the UK’s Mine Countermeasures Force.
​
The sailors and families endured a great deal of professional and personal hardships during the deployment and it was a privilege to be amongst them all; I am extremely grateful for their support and in particular to the families at home.
​
[h=3]More awards for Clyde’s minehunting community[/h]Separately, the Royal Navy fleet command recognised the First Mine Countermeasures Squadron (MCM1) maritime warfare battle staff with a trophy for their outstanding work during 2012. HMS Blyth also received an effectiveness trophy in communications, making it a double honour for the Clyde-based minehunting community. 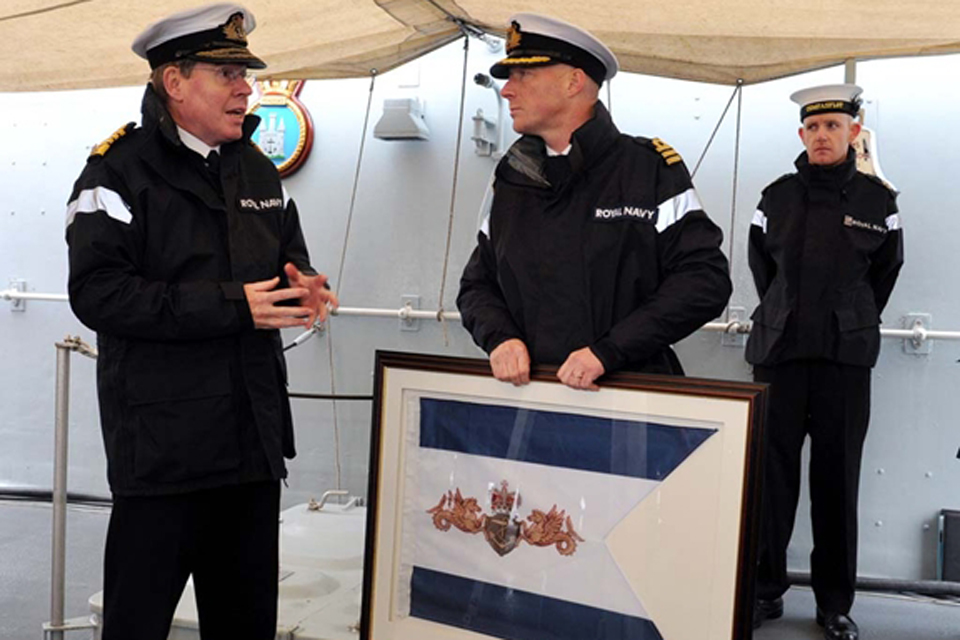 Admiral Sir Mark Stanhope presents Commander Andy Lamb with the Surface Flotilla Efficiency Pennant at Her Majesty's Naval Base Clyde [Picture: Crown copyright]On 22 March 2013, outgoing First Sea Lord Admiral Sir Mark Stanhope presented both MCM1 and HMS Blyth’s communications department with their awards during his farewell visit to HM Naval Base Clyde.
The prestigious awards are given to the best units in the fleet and means that both MCM1 and HMS Blyth now have the right to fly the Surface Flotilla Efficiency Pennant.
[h=3]Commander Andy Lamb OBE[/h] 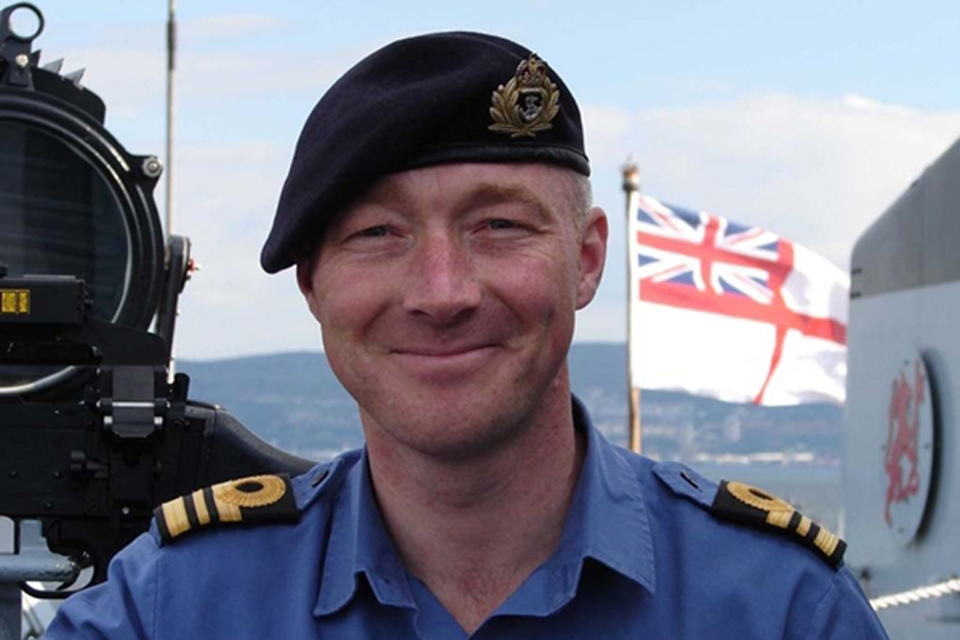 Commander Andy Lamb OBE [Picture: Crown copyright]Born in Aberdeen in 1971, Andy Lamb was commissioned as a Warfare Officer in 1989. His early career saw extensive sea service in a variety of surface ships, from a Ton Class minesweeper to the aircraft carrier HMS Illustrious.
He has been engaged in a broad range of maritime security operations in Hong Kong, the Adriatic, the Middle and Far East, Australasia, the Mediterranean and in UK fisheries protection. During this period he was selected to command the patrol boat HMS Trumpeter in Gibraltar, assisting with force protection of vessels transiting the Strait of Gibraltar following the terrorist attacks in September 2001.
He went on to command 3 Sandown Class mine countermeasures vessels - HMS Ramsey, HMS Pembroke and HMS Shoreham, operating in home waters and overseas.
In 2006, Commander Lamb was seconded to 3 Commando Brigade Royal Marines for deployment to Afghanistan. Based in Lashkar Gah, he was awarded a Commander-in-Chief Fleet commendation for his service. He took command of MCM1 in November 2011.