It won’t surprise air aware readers that, whilst deployed on or supporting an exercise, an increased level of risk is often found in relation to normal home base activities. An internal Military Aviation Authority (MAA) study into joint exercises in early 2016 concluded that the MAA should conduct detailed analysis of available exercise data - to further investigate why hazards are increased when conducting exercise activity.

A military exercise can be defined as the employment of military resources in training for operations, either exploring the effects of warfare or testing strategies without actual combat. In recent years Aviation has been critical to the success of such exercises whether supporting Counter Insurgency operations in Iraq and Afghanistan or, more recently, supporting defence as it returns to more contingent style operations. The aim of military exercises is the creation of professional resilient aircrew and support staff who can successfully perform in the complex battlespace of the 21st Century; whilst also ensuring the combat readiness of deployable forces prior to deployment. Exercises provide the means to practice, develop, and validate, within constraints, the practical application of a common doctrine: from small single aircraft individual training exercises, to Squadron collective training events right through to larger Tier 2 and 3 exercises such as the JOINT WARRIOR series, RED FLAG and COUGAR deployments. The MAA study found a healthy reporting culture from units deployed on exercise returning around 500-600 exercise related Defence air safety occurrence reports (DASOR) per year from 2010 to 2016. The analysis also found that the level of pre-exercise planning and preparation and first party assurance, whilst deployed, was of a high standard -with air safety risks captured and exploited in detailed post exercise reports across the three services. Nevertheless, aviation exercise planners and support staff should remind themselves of Regulatory Article (RA) 2305(6) ‘Air exercise planning and airspace integration regulation’. 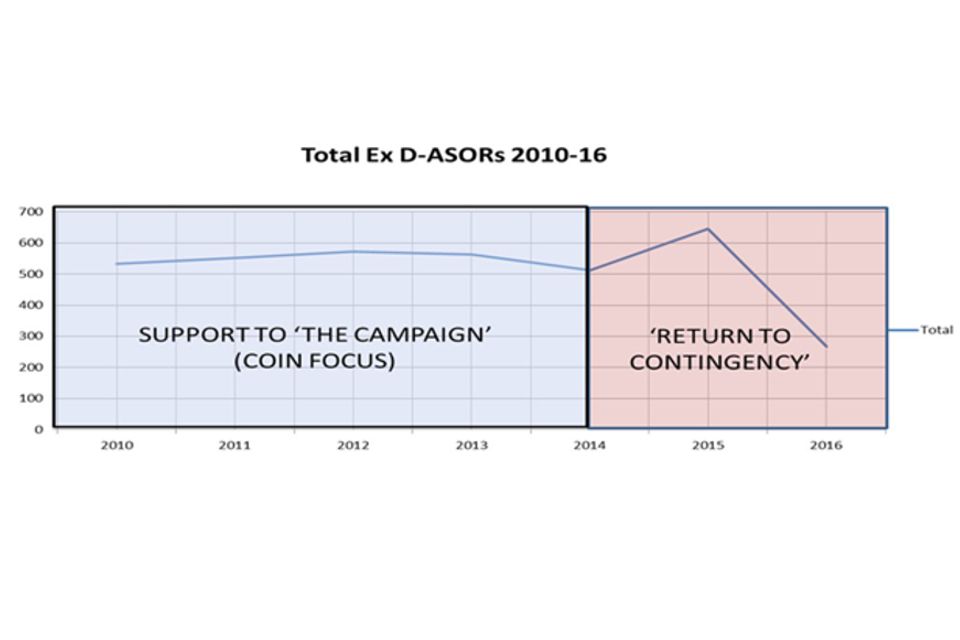 To capture and understand air safety issues on exercise it was decided to bracket the data by time, and to identify air safety issues from aviation exercises between 2010 and 2016. This time window is of particular interest as it focuses on both aviation exercises supporting Op HERRICK 2010-14 (MST and environmental) and aviation’s switch to more contingency era operations from circa 2014 to date. Given the increased importance of Air Land Integration (ALI) capabilities post Op HERRICK, Op ELLAMY, Op TELIC and a focus on the ‘whole force’ approach to operations (CJIM-Combined Joint, Inter agency and Multinational), a broader and more complex set of exercise scenarios has developed which may suggest the spike in reporting form 2014. It was also noted that due to continuing operations such as Op SHADER not all forces have been able to return to contingency, which may account for gaps in exercise reporting from some force elements.

All readers will be aware that military exercises pose additional risks and hazards to personnel across the four worlds and the 3700 DASOR identified in this 6 year time bracket identified certain themes. The list below, whilst not exclusive, for those not already familiar across the aviation environment will serve as a useful refresher. 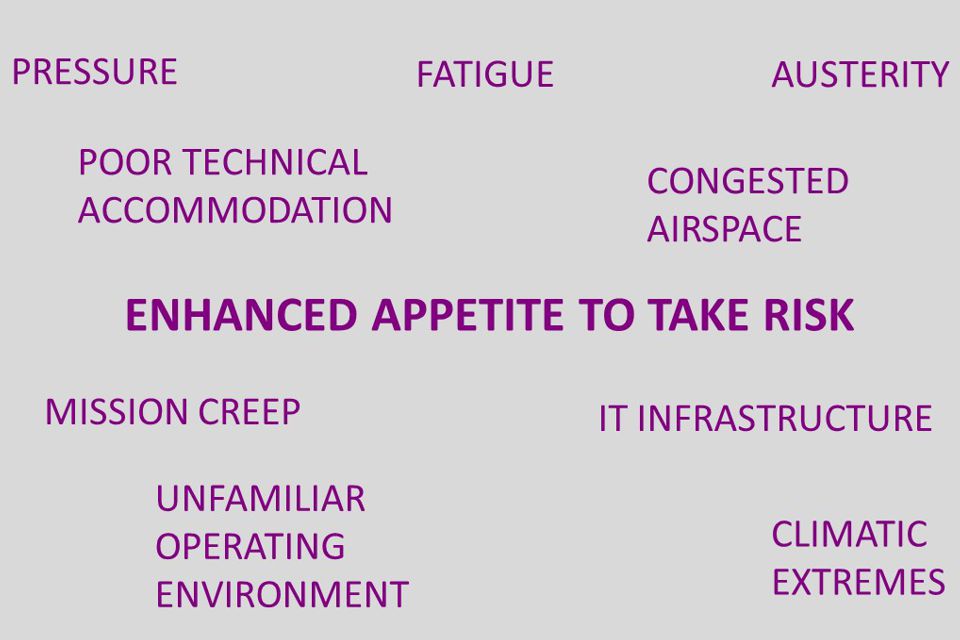