Pete is a specialist in GPS and navigation – a subject that has its roots in aerospace but is used by every part of Modern Defence operations. He teaches people from all over Defence, both military and civilian, about the complex workings of Aerospace technology.

Still a member of the Australian RAAF, Pete works as part of a UK RAF team. Training is very hands-on, with just a third of time spent in the classroom learning the theory, a third on a written thesis, and the last third devoted to visiting the industry to see new products in action.


This course requires a thorough understanding of the science behind the technology, but we also emphasise the importance of its practical use, to help make sure that our equipment is functional and fit for purpose. We try to demonstrate the very latest practices and developments so that people can compare what’s on offer in the market, and determine the best choice of supplies for their organisation.

My students usually graduate into trials, procurement, test and evaluation jobs, so seeing what’s in the pipeline and at the very cutting edge of modern technology helps prepare them for that.
​
Pete made his first trip to the UK with his wife in 2009 to study his Masters degree - an MSC in Aerospace Systems - in an exchange between his own service, the Royal Australian Air Force and their British counterparts.


I came to the UK because they’re recognised as a top trainer around the world, so it was an easy choice.
​ 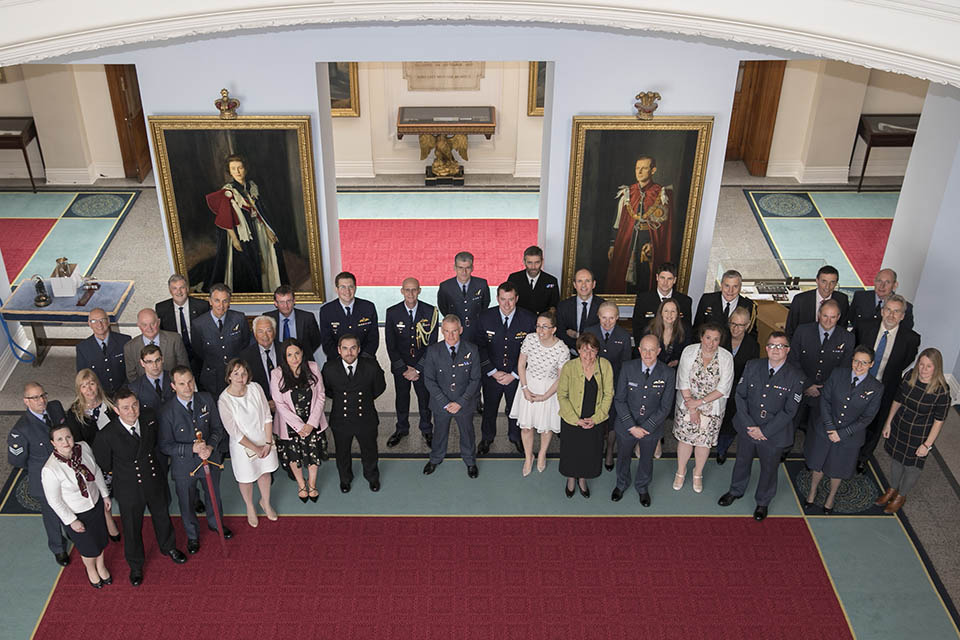 When he qualified, Pete returned to Australia, and spent the next four years on the frontline testing RAAF aircraft systems.


Among other things, I worked on a team developing countermeasures in aircraft – mechanisms that can be used to protect the aircraft and pilot against enemy attack whilst in flight. And I was deployed to Afghanistan to test how new equipment would function on the ground.

My job was to make sure that the equipment we wanted was fit for purpose. Creating useful equipment in a lab or a factory is only half the battle. If it doesn’t work in the environments it’s designed for, with all the extra challenges they bring, then it’s not a useful tool for the men and women who are expected to use it day to day.
​
But Pete and his wife had loved their time in the UK. So when the opportunity arose for Pete to return in 2016 as an Aerospace trainer they both jumped at the chance.


I’m giving back to the course that shaped my career. I love being able to pass on my knowledge and front line experience - I’ve put my skills to use in Australia and around the world, so I know what it’s like to do the job and now I’m teaching the next generation.

When my students graduate they are specialists who understand the inner workings and use of very complex equipment - so they’re in high demand. Members of the Armed Forces find that when they become veterans, the Aerospace industry are snapping them up!
​
Pete loves being in England and teaching with the RAF – but he still works for the Royal Australian Air Force and keeps strong links with his Australian colleagues - part of his job to act as an interface between the Australian Air Force and the British Air Force.

Reflecting on his Commonwealth roots he said:


There’s a large group of Australians on exchange here at and when I was working at the Air Warfare school recently it was completely normal to see one or two international students being trained by UK military.

My Aussie colleagues and I hosted an Australia day function earlier this year. It was great to see lots of people from the UK and from other nations getting into the spirit of it. And the international links go much further than the Commonwealth, with Pete gaining extra benefits from the UK’s reputation for first class training.

Working here as an adopted Brit and representing the RAAF opens a lot of doors with other European countries such as the Danish, French, Estonians and Latvia – who I wouldn’t be able to build a relationship with if I were based in Australia. There’s a huge amount of international co-operation when it comes to purchasing equipment and finding the best way to use them on operations, so every little helps.