More than 40 personnel from 5 Armoured Medical Regiment deployed on 21 October to train Sierra Leonean healthcare workers and hygienists on how to protect themselves from the Ebola virus and how to prevent it in others.

During their deployment, military personnel successfully trained 4,019 Sierra Leonean medical personnel at the Ebola Training Academy Centre at the National Stadium in Freetown.

In the same time frame it was expected the team would train 3,200 personnel.

The trained Ebola healthcare workers will now take their place across the country in one of the many Ebola response Community Care Centres or Ebola Treatment Centres. 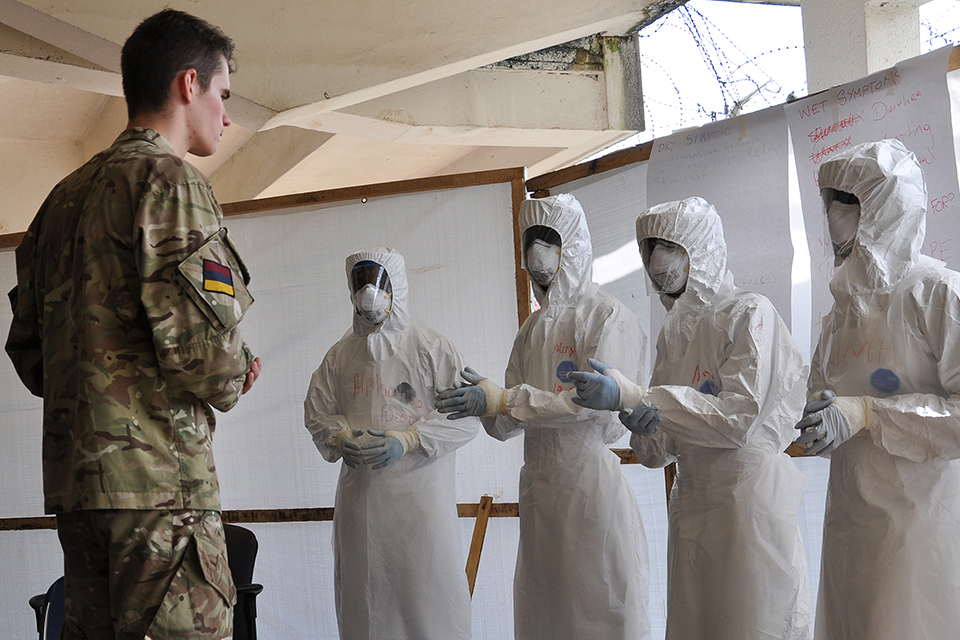 The training role is now being handed over to the International Organisation for Migration, a non-governmental organisation, and will continue to run for at least another 6 months.

The return of 4 and 5 Armoured Medical Regiment therefore represents the conclusion of a successful tasking completed by the UK armed forces.


The hard work by 5 Armoured Medical Regiment demonstrates Britain’s commitment to the fight against Ebola in Sierra Leone, where UK personnel have also recently completed the infrastructure to support 700 treatment beds at six treatment units across the country.
​
While in Sierra Leone, members of 5 Armoured Medical Regiment also supported the Republic of Sierra Leone armed forces personnel in the training of prison officers in the fight against Ebola.

Prison officers underwent a similar 3-day training course to that delivered to the healthcare workers, learning life-saving techniques and procedures on how to correctly use protective clothing when handling prisoners who are suspected or confirmed cases of Ebola.