Reconnaissance teams from 21 and 32 Regiment of 170 Engineer Group at Chilwell are conducting technical assessments on at-risk and damaged bridges. More engineers are on standby.

Around 90 troops from 2nd Battalion Duke of Lancaster’s Regiment are still providing assistance and have today been taking supplies to remote areas such as Patterdale and Glenridding. Around 350 personnel are available to rotate as required. 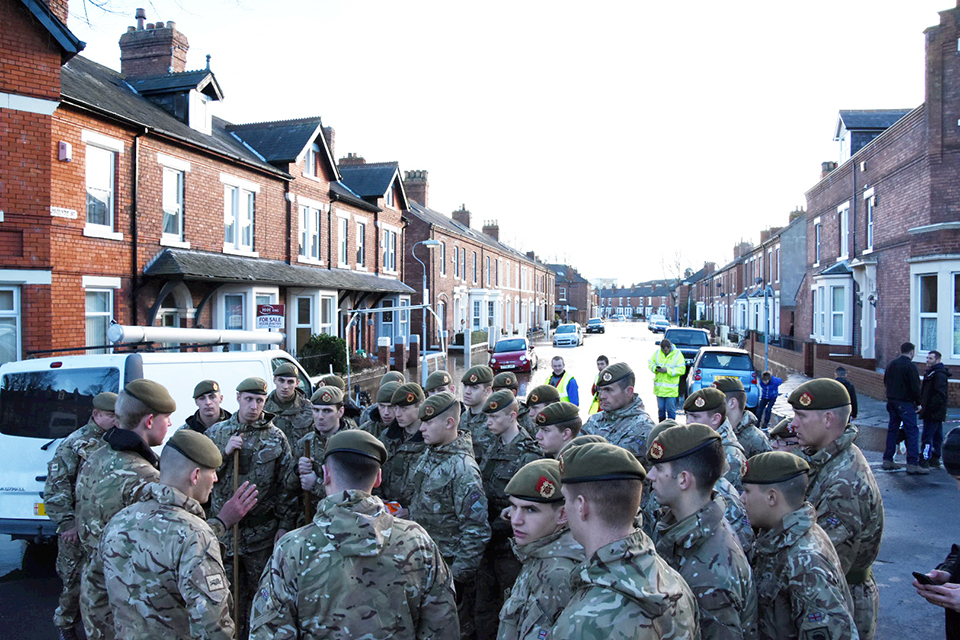 Within hours of being tasked early on Sunday morning the soldiers based in Weeton Barracks were in Carlisle and Hutton to support other services under pressure from the flooding. Ten personnel assisted with the evacuation of part of Lancaster Hospital.

Alongside the soldiers’ work, military vehicles have been deployed to assist and there is a Chinook helicopter on standby to assist with heavy lifting if needed.


Once again our Armed Forces have shown that they are ready and willing to do whatever it takes to keep the British people safe.

While so much recent attention has focussed on their actions overseas in defence of our nation, this weekend showed they are equally as prepared for domestic emergencies when they arise.

I would like to express my sincere gratitude to all those involved, and am sure I echo the sentiments of everyone affected in doing so.
​ 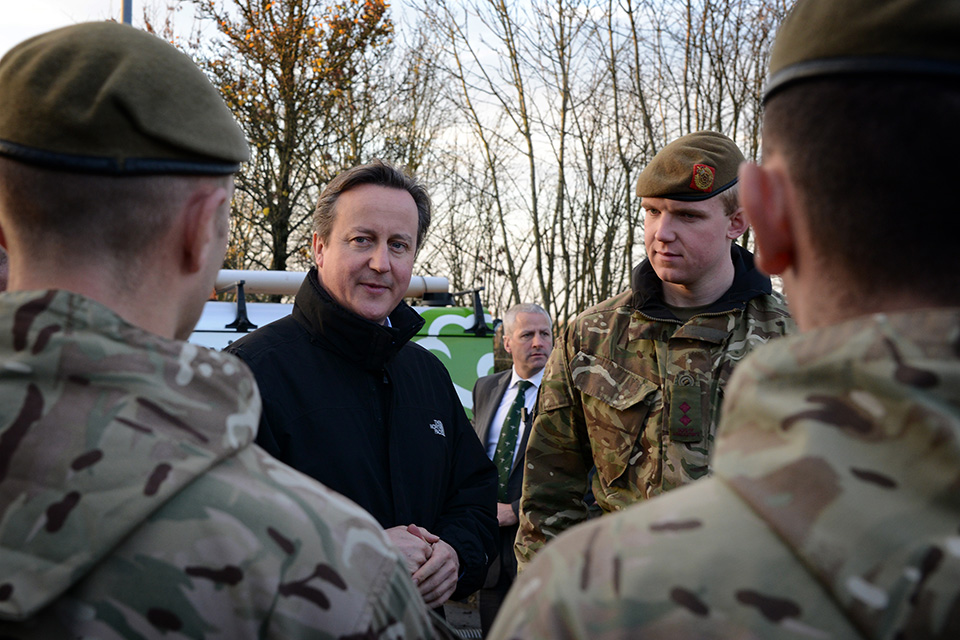 On Monday the soldiers were visited by Prime Minister David Cameron who thanked them for their efforts. After the visit, Lieutenant Colonel Hamish Cormack, Commanding Officer of 2 LANCS, said:


It’s a great morale boost whenever we get a visit like this. It meant a lot to us that the Prime Minister should come up here and see first-hand the kind of work we have been doing in and around Carlisle in support of the civilian authorities. I think it shows that we have been hugely successful in delivering the help that has been asked for.
​
The Regiment at the heart of the response recruits from across the North West of England, including Cumbria. Corporal Joseph Greenwood, 30, and from Carlisle said it’s been good to be able to support his hometown community:


We all want to help and do what we can here. We’re really happy to be asked to assist, we’re soldiers and that’s what we do.
​ 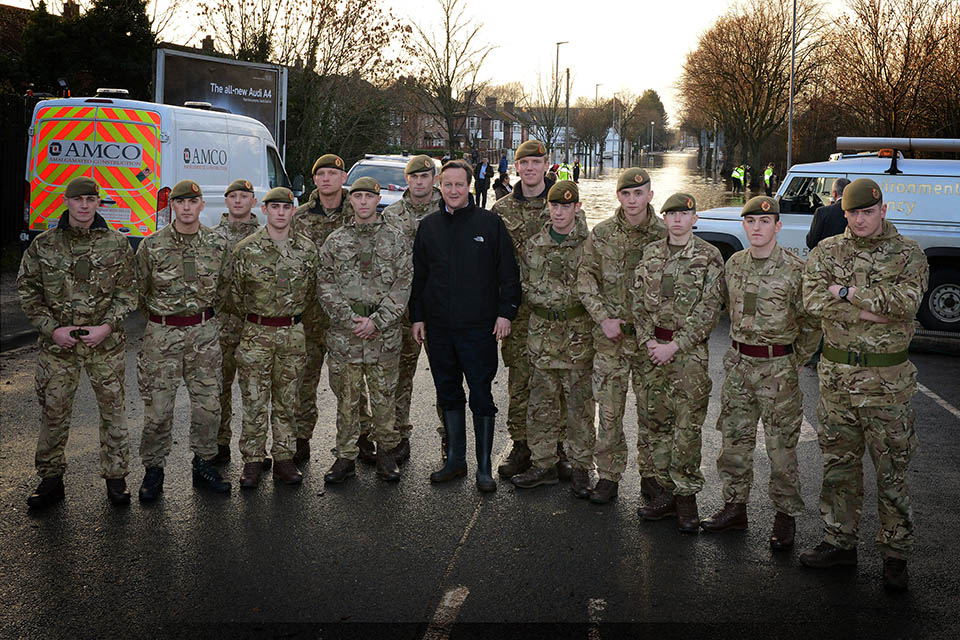