Ministry of Defence said:
Exercise Urban Warrior 5 uses advanced science and computer technology as part of a cutting-edge experiment designed to help the Army better understand the battlefield of the future.
Using virtual computer simulation technology at the Land Warfare Centre in Warminster, more than 200 soldiers from 2nd Battalion The Royal Welsh have been playing out battlefield scenarios in a virtual environment based on the real-world Urban Warfare Training Centre (CENZUB) in France.
In the experiment soldiers control avatars and vehicles in a similar way to popular video games such as ‘Call of Duty’.
By changing certain variables, such as the number of troops on the ground and the amount of surveillance and communication available, the experiment seeks to discover how best to equip and command the British Army in possible future conflicts.
The experiment follows a previous real-life simulation exercise in December 2012 at CENZUB where soldiers worked with Warrior armoured vehicles and Challenger 2 tanks in one of the most realistic battlefield scenarios ever created.
Combining the real-life exercise with the virtual experiments and other computer modelling is offering commanders and MOD scientists a level of detailed and objective analysis of possible force variables hitherto unseen in the British Army. 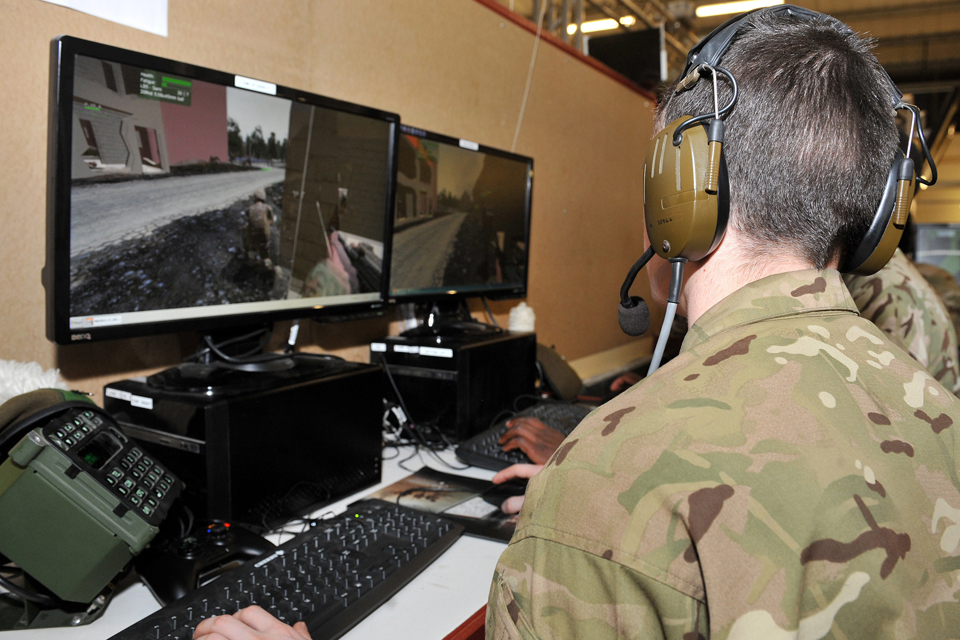 A soldier from 2nd Battalion The Royal Welsh taking part in Exercise Urban Warrior 5 [Picture: Corporal Steve Blake, Crown Copyright/MOD 2013]All the information captured from the experiment is being collected for further analysis by the Defence Science and Technology Laboratory (Dstl) in partnership with Niteworks who developed the simulation programme together.
Colonel Tim Law, Assistant Director of Concepts and Experimentation at Army HQ, explained:

It is all about the Army looking to the future. We have established this experiment to determine what we need in order to win the battles that we will face.
​
He said that the final analysis will not be completed until July this year, but already several lessons have been learnt. For example, that placing Intelligence Corps personnel in the battlefield HQ and feeding information down to front line commanders is preferable to embedding those personnel with combat units.
Brigadier Simon Deakin, Director Army Force Development, said:

This experiment gives us a unique view into what is required for the British Army to operate successfully on future operations. By testing our soldiers in a number of demanding scenarios we can determine the optimum tactics, equipment and training that are required for us to shape the Army of the future.
​ 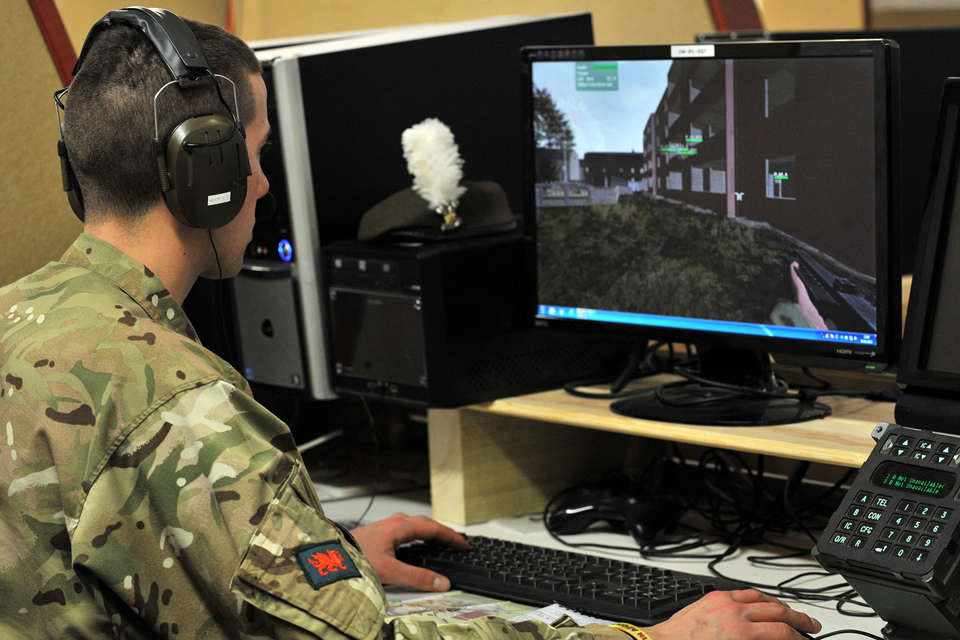 Science and technology has a crucial role to play in growing our understanding of the battlefield. Evidence gathered from this experiment will be used to guide decisions on the type of equipment we need to fight conflicts on all terrains.
​
Simulation is playing an increasingly important part in delivering cost-effective training solutions across all our defence domains.
​
The analytical results of this programme will provide evidence-based advice to the Army on the critical capabilities required in order to operate in the future urban battlefield, and the most cost-effective approaches to developing the Future Force.