Servicemen and women have descended upon London today to lend their support to The Royal British Legion’s annual London Poppy Day.

Personnel from the Royal Navy, the Army and the Royal Air Force greeted commuters at around 50 underground and mainline railway stations across the capital this morning as part of a bid to raise more than £1 million for The Royal British Legion in 24 hours. 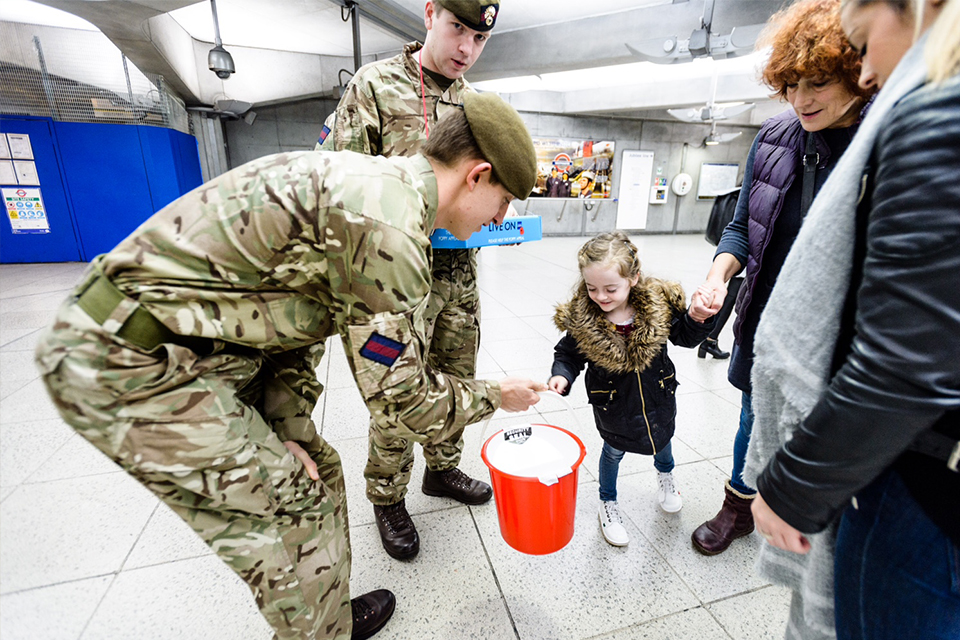 Military bands brought smiles to the faces of those heading to work while uniformed collectors gathered donations.

The day began with an official fundraising kick-off in Covent Garden where members of the Royal Air Force joined celebrity supporter Barbara Windsor.

Tri-service personnel then joined the actress on a Poppy-branded Circle line train from Westminster to Great Portland Street to collect cash from commuters and surprise travellers with themed announcements from the driver’s cabin. 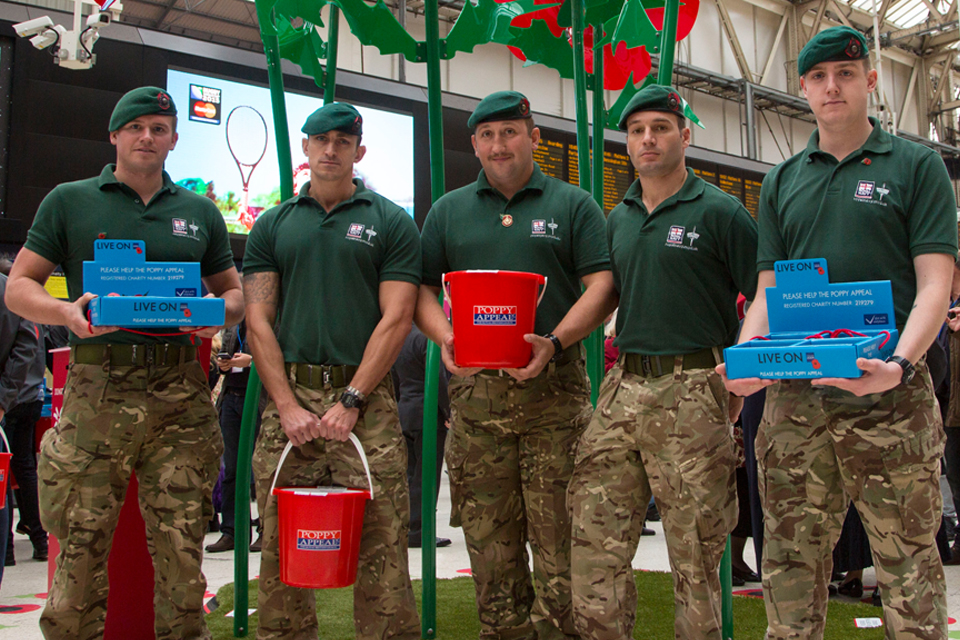 At Waterloo, men and women of the Royal Marines, the Royal Anglian Regiment and the Royal Artillery joined the Band of the Brigade of Gurkhas to liven up the busy concourse and support the appeal.

Major Simon Briggs, a Battery Commander with 32 Regiment Royal Artillery, was one of those who turned out at Waterloo Station. He said:


It has been a really good experience and the public have enjoyed seeing us at the station as they go about their day.

It’s always good to keep the military in the public eye and it’s good for the soldiers to take part in something so worthwhile.

Remembrance is a very important time of year and we are happy to be able to lend our support.
​
Events are set to last all day, including musical performances and fitness challenges, at locations including Leadenhall Market, Victoria Station and Canary Wharf.


Remembrance Sunday falls on November 8 this year and members of the Armed Forces around the world will mark the occasion.

Click here to take a look at the work they are doing across the globe.