Ministry of Defence said:
The ‘Forces in the Community’ centre will provide employment support as well as signposting advice on housing, health and finance for veterans and their families from across the East Midlands, including Nottinghamshire, Derbyshire and Leicestershire.
The launch of the Beeston centre was made possible through the Armed Forces Community Covenant Grant Scheme - a scheme that gives financial support to local projects which strengthen the ties and mutual understanding between members of the Armed Forces community and the wider community in which they live.
Support centre founder Rick Harrington said:

Without the grant we would not have been able to open the centre for at least another 2 years. It has given us a much needed financial springboard.
​
We can now concentrate on supporting veterans, some of whom left service many years ago; acting as a bridge to help them realise their potential within the local community and to highlight to local employers the undoubted qualities that ex-forces people possess.
​
The centre, open 5-days-a-week, offers veterans advice and guidance with qualified careers advisers and training as well as links to mentors who are veterans that have successful civilian careers. It also offers signposting to housing support, help with addiction, community legal services and other Service charities.

I left the Army in 1994 and I wish there had been something like this when I left,” said Rick. “Whilst time has moved on and there is a lot more help now for people leaving the forces, more local support is needed. It is a big step; many of those leaving have never attended a job interview.
​
Our aim is to help all ex-forces and their families make an easy transition into civilian life. Many people will manage without our help, but if they need to find out how to get support for housing, health, finding a job etc, then we can assist them.
​ 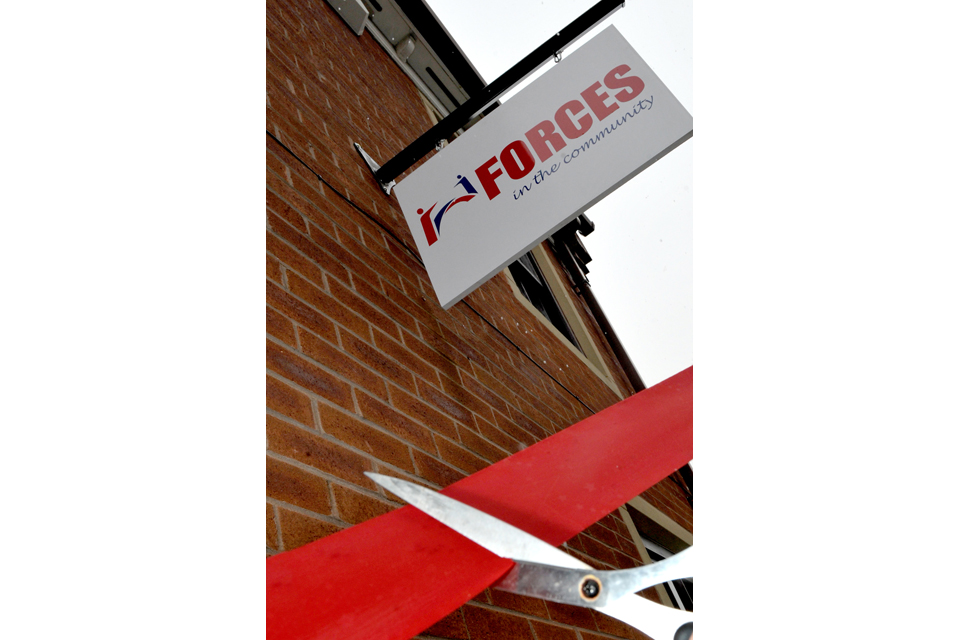 This centre had always been my aim, and having the community covenant grant has helped me achieve this a lot quicker than I would have done. I am grateful for all the support I have had from Broxtowe Council and the Army.
​
The ‘Forces in the Community’ project is one of four applications that have received funding from the Armed Forces Community Covenant Grant Scheme. Funding has also been given to the ‘Life beyond the Wire’ project and a bid for new play equipment at Manor Farm Recreation Ground in Toton, close to Chetwynd Barracks in Chilwell, was also successful.
In addition, the Nottinghamshire YMCA has received over £40,000 to engage and train 100 11 to 18 year olds from Chetwynd Barracks and the surrounding area in outdoor adventure, digital media and film projects.
Brigadier Harry Nickerson, Commander of 49 (East) Brigade, based at Chetwynd Barracks, said:

The signing of the Armed Forces community covenant is not just a public ceremony. If it is to succeed, it requires work to ensure progress is made year-on-year. Broxtowe Borough Council is clearly making this progress and we thank them for that.
​
They are a leading example of what can be achieved. I am delighted there has been such an interest in the funding available from the grant scheme and these grant-assisted projects will tangibly strengthen the ties between the military and local community.
​
The leader of Broxtowe Borough Council, Councillor Milan Radulovic, said:

Local people are rightly proud of the borough’s connections with the Armed Forces and it is so important that we remember and honour the sacrifices they make.
​
We are delighted to welcome ‘Forces in the Community’ to Beeston, which represents one of the best examples of the invaluable support the community covenant will offer to the local forces and their families.
​

News story: A new look for the Armed Forces Covenant