The service which was attended by The Queen and broadcast live on BBC One, marked the beginning of a weekend of events to celebrate her official birthday that all featured the military, including the annual Queen’s Birthday Parade (Trooping the Colour) on Saturday 11 June, and The Patron’s lunch, a street party on The Mall on Sunday 12 June to celebrate Her Majesty’s patronage of over 600 charities and other organisations.

More than eighty Service personnel, representing military units from around the UK that have a special connection with The Queen, were invited to line the steps leading to the West door of St Paul’s for Her Majesty’s arrival.

The step liners all then attended the service in the Cathedral. 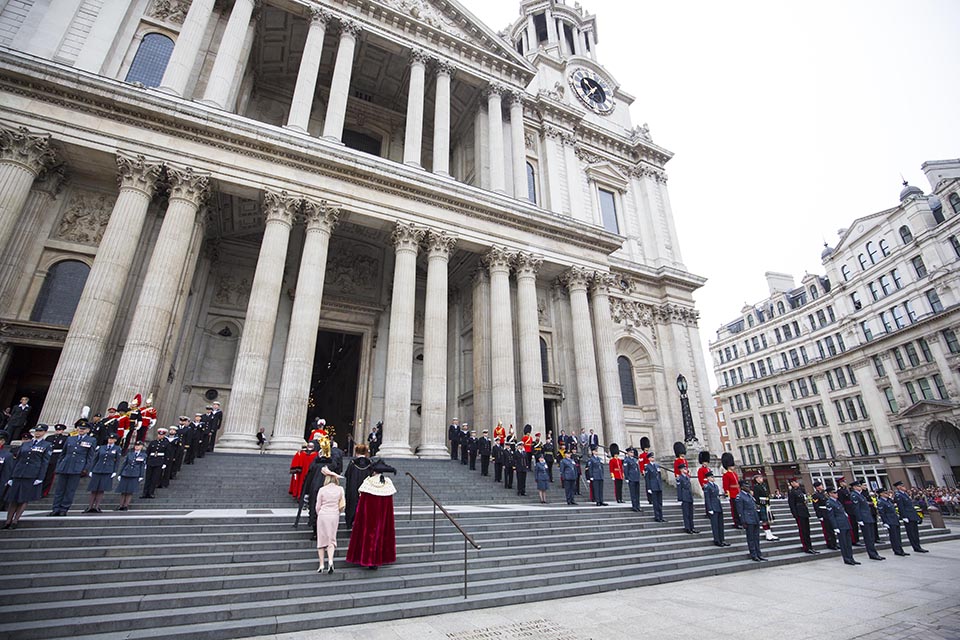 
It’s an absolute amazing privilege and an honour to be here, not just representing The Royal Navy, but representing HMS Queen Elizabeth, our brand new Air Craft Carrier.

It’s a proud day, we should be very proud of our Queen, and what she has done during her life. It’s a pleasure as a Serving member of Her Armed Forces to be here today.

A very happy Birthday from myself and everybody on board The Queen Elizabeth.
​ 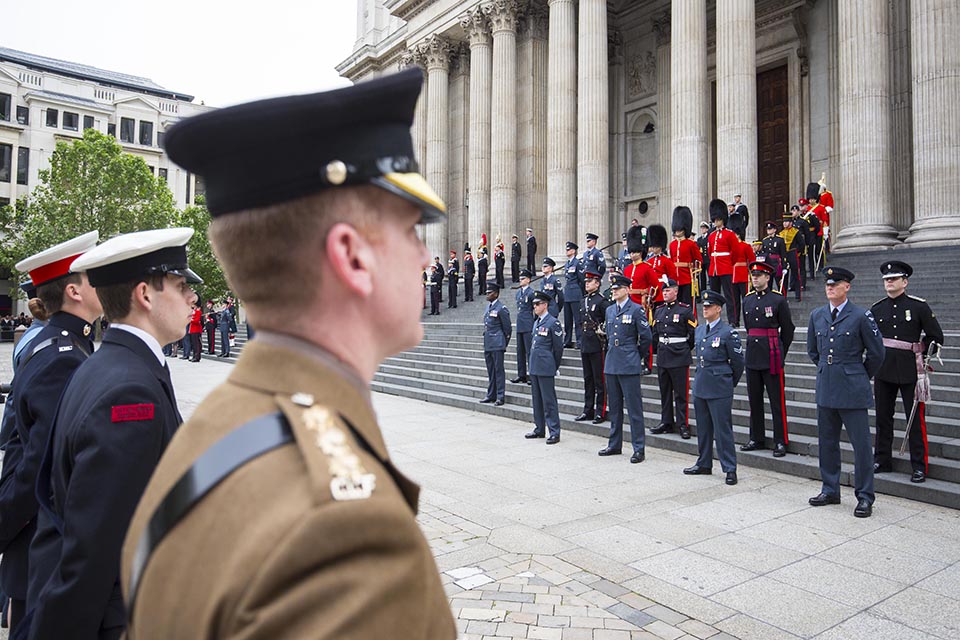 Fellow step liner Warrant Officer Norman Davenport, who serves with 603 (City of Edinburgh) Squadron, Royal Auxiliary Air Force, RAF Regiment, and is one of only a handful of still serving personnel to hold The Queen’s Silver, Golden and Diamond Jubilee Medals, added:


It’s a privilege to be involved in something like this with Her Majesty. She is our Honourary Air Commodore, so it’s great to be here as part of her birthday celebrations. It’s an incredible honour.
​
Musical support for the service was led by the Band of the RAF Regiment and also included eight Fanfare Trumpeters from Her Majesty’s Royal Marines Band Service and four State Trumpeters from the Band of the Household Cavalry.

Earlier in the day the three Services also released a special film featuring personnel around the UK and deployed overseas wishing The Queen a Happy Birthday.

Happy 90th Birthday to Her Majesty The Queen

There was also a Gun Salute in Hyde Park and at stations across the UK in honour of the 95th birthday of His Royal Highness Prince Philip, The Duke of Edinburgh.

Tomorrow the Coldstream Guards will ‘Troop their Colour’ on Horse Guards Parade in London, for The Queen’s Birthday Parade , attended by Her Majesty and other members of the Royal family, and featuring over 1,400 soldiers from the Household Division.

Following the parade 31 Royal Air Force combat, transport and surveillance aircraft including the famous Red Arrows will take part in a flypast over Buckingham Palace.

And bringing the weekend of celebrations to a close on Sunday, almost 200 military personnel from units with a special relationship to The Queen will parade down The Mall and around St James’s Park, as part of The Patrons Lunch.

The event will start with a spectacular parachute drop by the RAF Falcons, and will include musical support from The Band of Her Majesty’s Royal Marines Portsmouth, the Band of the Queen’s Division and the Band of the Royal Corps of Signals.