Across the nation, soldiers, sailors and air personnel have gathered to honour those involved in the mission to liberate Kuwait, codenamed Operation GRANBY, and to remember those who made the ultimate sacrifice.

In London, His Royal Highness The Duke of Kent and Defence Minister Lord Howe joined Gulf War veterans, their families, international representatives, and personnel from all three Services at the Chapel of St Faith within the Crypt of St Paul’s Cathedral for a service organised by the Ministry of Defence. 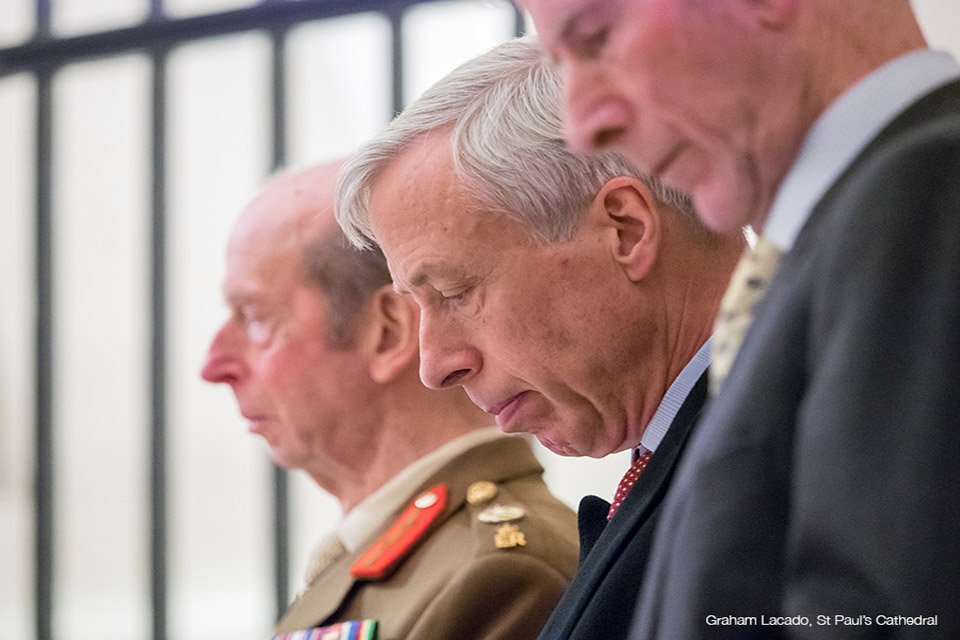 Those in attendance paid tribute to all those who fought in the British contribution to the First Gulf War, in particular the 47 British servicemen and women who gave their lives during the campaign, and whose names are dedicated at the Gulf War Memorial within St Paul’s Cathedral.


It was a huge honour to take part in this event to mark the 25th anniversary of the First Gulf War and a humbling experience to meet those who took part, including the families of those who made the ultimate sacrifice during the conflict.

They engaged a dangerous and unpredictable enemy, standing shoulder to shoulder with our allies, to liberate the nation of Kuwait and save countless lives. Our servicemen and women made us proud, and they continue to deserve our admiration today.
​
Wreaths were laid by The Duke of Kent and Lord Howe at the Gulf War Memorial in the crypt of St Paul’s, witnessed by the congregation as a Bugler from the Band of the Grenadier Guards sounded the Last Post and a minute’s silence was kept.

Following the service, a reception was held at the Tower of London. 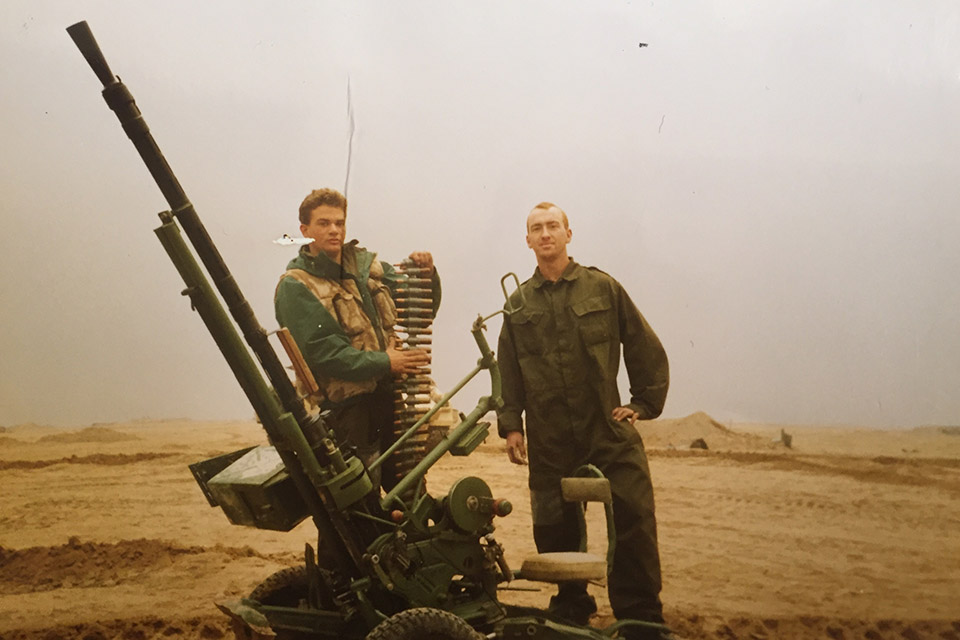 Jon Rider, left, in the desert during the Gulf War

Captain Jon Rider, of the Royal Regiment of Artillery, served on Operation GRANBY and took part in the service at St Paul’s. The 45-year-old, who currently serves with Headquarters Forces Troops Command in Uphaven, said:


I feel very privileged to have been able to take part in today’s events to mark the 25th anniversary of this conflict. It is right that we remember those who fought, and those who died, 25 years ago.

It was a pleasant surprise to reunite with old colleagues who were also in attendance – when you serve with these people you get to know them inside out and even after 25 years you can still remember all that you had in common.
​
Elsewhere, military units and associations connected with the operation held their own services to mark the anniversary. HRH The Duke of Edinburgh, in his role as Colonel of the Grenadier Guards, attended a special service at the Guards Chapel in London’s Wellington Barracks. 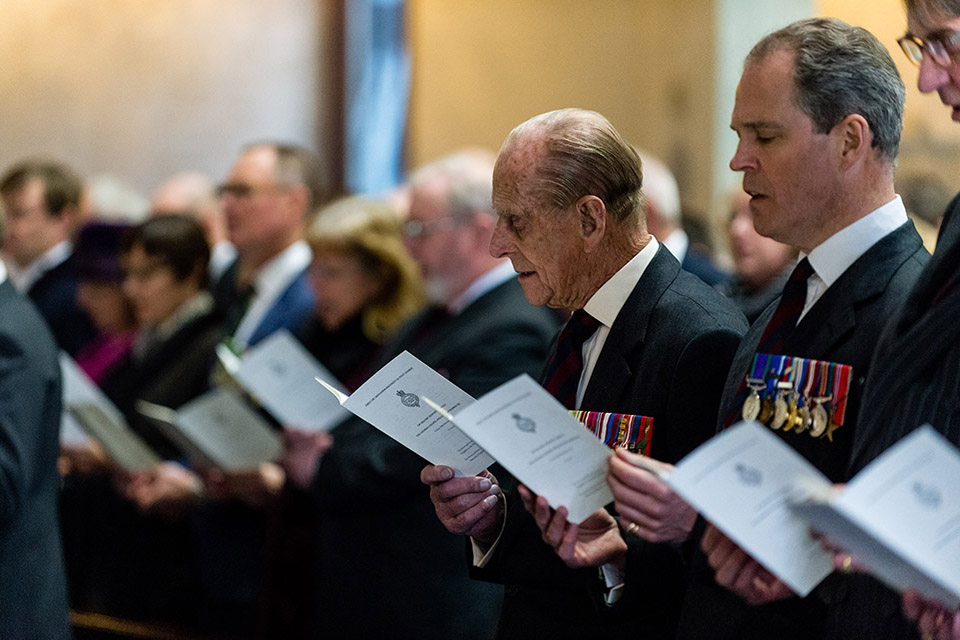 The Duke of Edinburgh attending a service at Wellington Barracks

There are also a series of commemorative events taking place, including one hosted by the Royal Regiment of Fusiliers and a gathering of veterans hosted by the Queen’s Royal Irish Hussars Association. In addition, more than 500 Staffordshire Regiment veterans and soldiers from its successor unit the Mercian Regiment will attend a series of commemorative events to mark their participation in Op GRANBY.