In her first visit to a Royal Marines establishment since becoming the Armed Forces Minister, she had a chance to meet Marines from the 650-man strong unit in Taunton, which is currently the ‘Standing Task’ Commando in 3 Commando Brigade. 40 Commando is therefore involved in a huge range of roles, both at home and abroad. These include providing ships’ force protection teams for Royal Navy and Royal Fleet Auxiliary vessels around the globe, contributing to UK domestic resilience tasks, and supplying short term training teams that build capacity in foreign Armed Forces.

The Minister was able to speak to the Marines who deliver the operational tasks she authorises and oversees, see for herself some of the training they receive in preparation for their deployments, and thank them for their service. 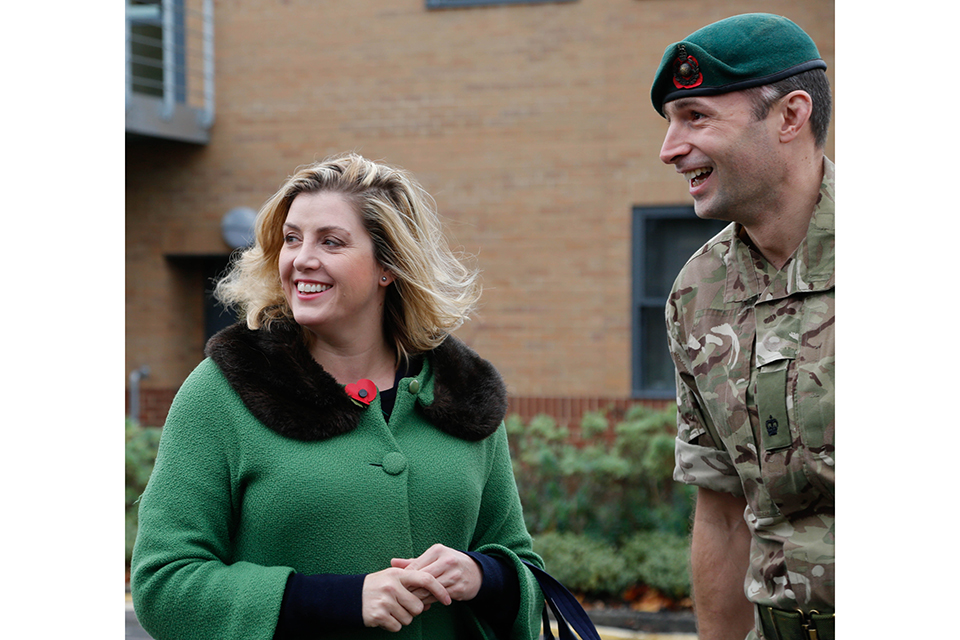 
I am always struck by the professionalism and dedication of the men and women of our Armed Forces whenever I meet them.

The breadth of tasks undertaken by the Royal Marines here at 40 Commando is truly impressive. I was able to present an operational medal to Corporal Olly Coulbeck for his service in Sierra Leone during the Ebola outbreak and also met Marines who have been helping to rescue migrants in the Mediterranean, demonstrating how personnel are contributing to building stability and security around the world. For all that they do in service of their country, I was grateful to have the chance to thank them personally.
​
Commanding Officer of 40 Commando Royal Marines Lieutenant Colonel Andy Watkins said:


While I only took over command of 40 Commando this summer, in that short time I have been incredibly impressed and proud of our people and their achievements, and I am pleased the unit has been able to show the professionalism, dedication, commitment and flexibility that defines the Royal Marines to the Minister.

She has met men who are about to deploy on, or have just returned from, a huge range of operational tasks across the Mediterranean, Africa and the Gulf. It was a great opportunity for her to see the Armed Forces in action, and to witness the world class training that underpins their excellence while on operations across the UK and around the world.
​ 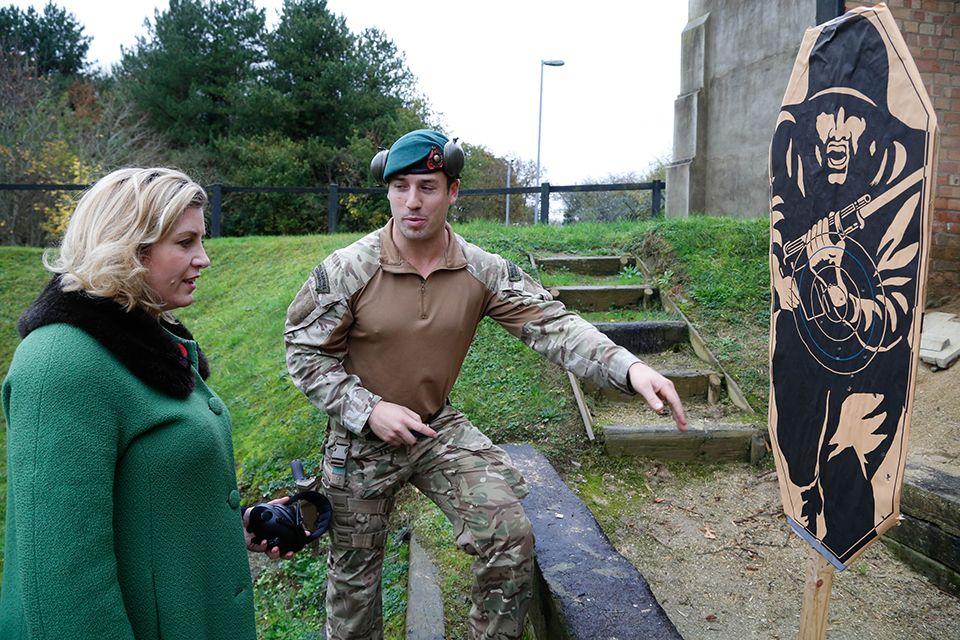