From engineering support to the UN in South Sudan, to helping counter the threat from terror in Somalia, the Minister was able to see the breadth of the UK’s role in Africa.

In Mogadishu, Mr Penning met British troops working with the African Union Mission in Somalia (AMISOM), which is building stability, and tackling the threat posed by Al-Shabaab.

Following travel to Bentiu and Malakal, the Minister was greeted by UK military personnel providing support to the UN Mission in South Sudan, which is working to achieve stability in the East African nation. Up to 400 personnel will deploy this year – making it one of the UK’s largest operational deployments in the world – enabling the building of a field hospital to support UN peacekeepers.

As the visit moved to Uganda and Kenya, Mr Penning watched pre-deployment training of their military personnel, many of who go on to serve in AMISOM.


It has been a privilege to see our Armed Forces operating across multiple countries, in different environments, in support of our African partners. The training and support provided by our dedicated men and women clearly demonstrates that Britain has genuinely global reach. This is no less so in South Sudan where we are playing a major role in the international peacekeeping effort, meeting the commitment made by the Prime Minister last year to double our support to the United Nations.
​ 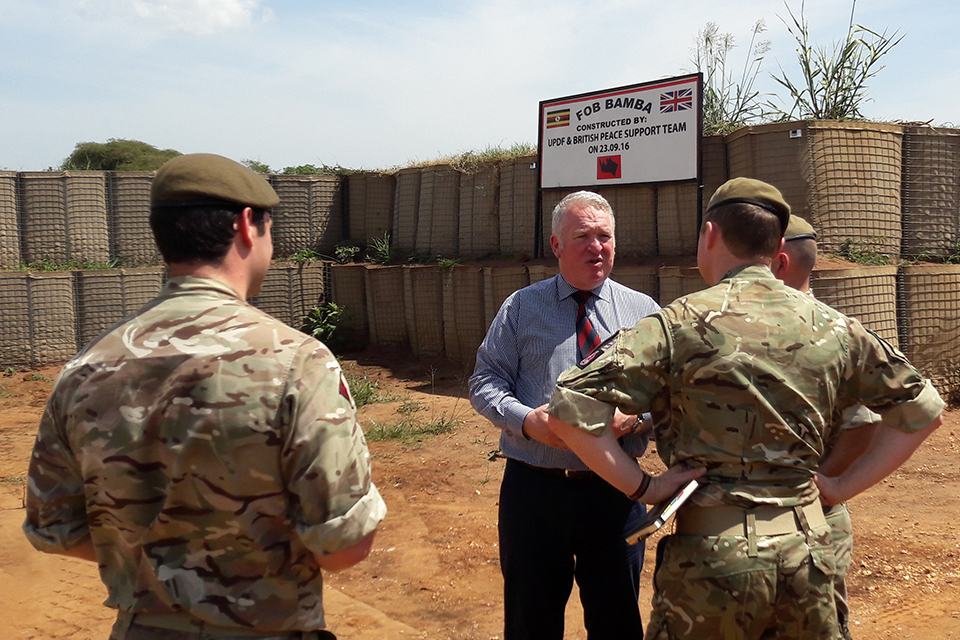 Throughout the visit the Armed Forces Minister met with Government ministers and UN representatives to help deepen Defence relationships, and discuss shared interests and regional challenges.

Finally, in Nairobi, the Minister met personnel from the British Army Training Unit Kenya, which trains thousands of UK troops every year. 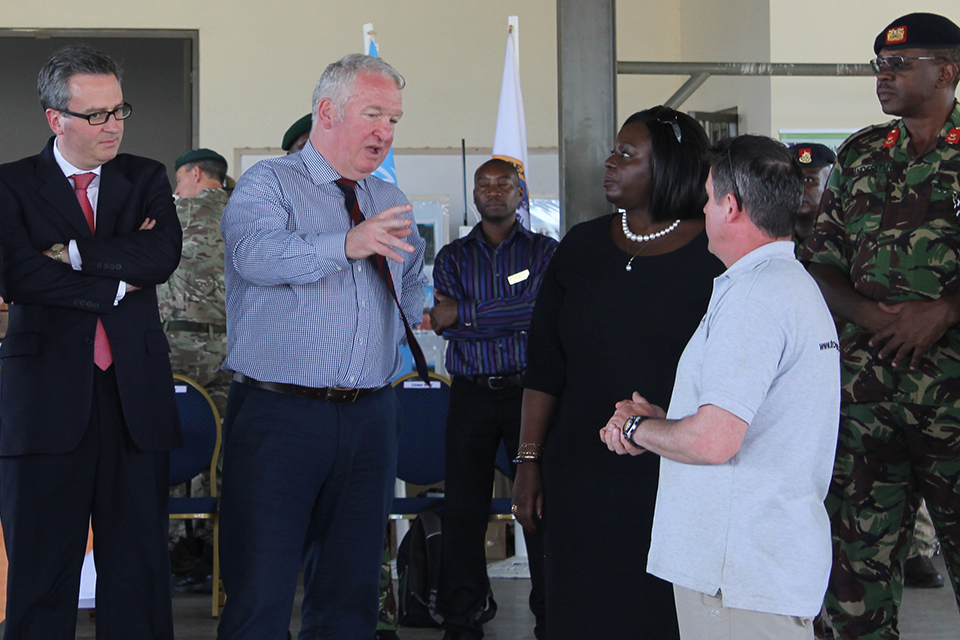