Armed Forces Minister Penny Mordaunt has praised the tireless dedication of the UK Armed Forces stationed abroad as they continue to degrade Daesh in Iraq and Syria.

For the first time the Minister has visited the UK headquarters for the combined counter Daesh operations, RAF Reaper launch and recovery element and the Combined Air Operations Centre (CAOC) in the Middle East.

While in the region Penny Mordaunt had the opportunity to visit the Combined Joint Taskforce – Operation Inherent Resolve HQ which oversees the UK element of coalition activity and discuss the progress of operations with its Deputy Commander, UK Major General Doug Chalmers.

The Minister also met personnel working at the RAF Reaper launch and recovery element, they are responsible for the take-off and landing of the Remotely Piloted Air Systems (RPAS) flying operations.

The final calling site for the Minister while in the region was the CAOC. This is the command centre for the entire coalition’s operations in Iraq and Syria, coordinating over 60 nations activity including the air strikes and surveillance conducted by the RAF. Amongst other UK personnel, RAF Air Commodore Martin Sampson holds a key position of responsibility at the CAOC.


The men and women based here are playing a vital role in the fight against Daesh and it is important we continue this intensity until the terrorists are eliminated from the region.

From the personnel in Cyprus to those stationed across the Middle East I want to express my sincere appreciation for your tireless commitment, not only engaging Daesh at source but ultimately keeping Britain safe.
​ 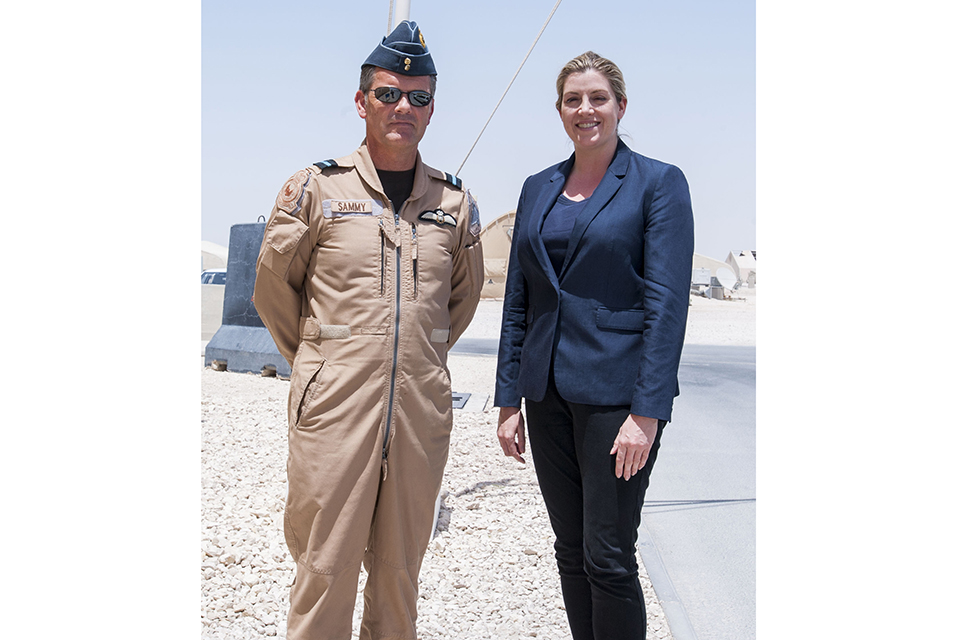 In total there are over 1,000 UK personnel contributing to the UK efforts to degrade and ultimately destroy Daesh. There are a number of military training teams in Iraq that have passed on key skills to over 17,000 Iraqi Ground Forces, including Kurdish Peshmerga.

RAF Akrotiri in Cyprus continues to be the main operating base for RAF assets contributing to the operation including Tornado, Typhoon, Hercules, Sentry, Sentinel and Voyager operating over Iraq and Syria.