Since the end of combat operations in October, the focus of the UK’s efforts in the country has been training and advising the Afghan National Defence and Security Forces (ANDSF), including leading the mentoring of Afghan instructors at the ANAOA.

Whilst today’s appalling attack on the Afghan Parliament shows that the security situation remains challenging, the Afghans are adapting to meet the demands they face as a country and we will continue to support them in that endeavour; the ANAOA is an important part of our work to help build a peaceful and democratic Afghanistan.

The new female and male officers are the third intake of cadets to graduate since the academy opened in October 2013. Demonstrating the strength of performance, a female officer received the Duntroon Sword award for best cadet.


As the first female Armed Forces Minister it has been my particular privilege today to watch history being made, as the first females graduate from the Academy. We now have newly qualified female Afghan Army officers who are ready to help shape the future of the country they love.
​
Since the end of combat Operations in 2014, approximately 470 UK service personnel have remained in Afghanistan in non-combat roles, assisting the Afghan government and Afghan National Defence and Security Forces (ANDSF). 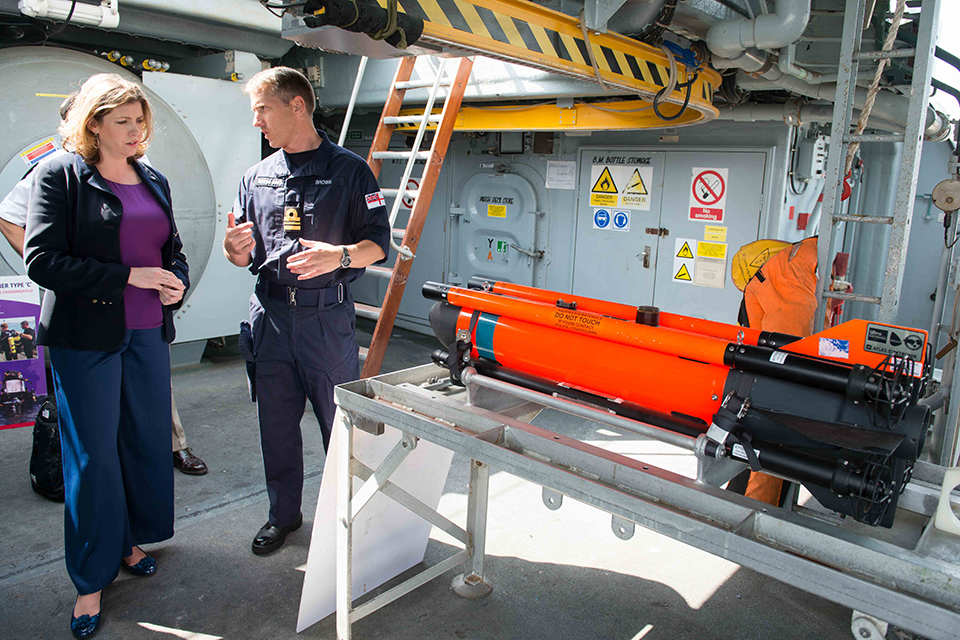 
Since I began my tour I have seen real progress. We are at a point where Afghan instructors are delivering all of the training here at the Academy. My role and the role of my mentors is now to provide advice and support to the Afghan instructors as they develop their instructional skills.

As mentors we have been impressed just how quickly and smoothly the integration of male and female cadet training has taken place. Just six months ago our mentors were instructing all female classes because their female instructors lacked the experience and confidence to do it themselves. Now we have male and female cadets training together and being instructed by their female Afghan instructors. This is a remarkable achievement in such a short space of time.
​
Sergeant Charmaine Whittaker, one of the female mentors at the ANAOA, said:


I have seen the officer cadets change so much as they’ve progressed through their training. These women are making history and I am extremely proud of them all. As a mentor you invest so much in them emotionally, it is a huge privilege to witness such a momentous occasion, particularly knowing I’ve played a part.
​
As well as meeting Captain Thomas Bevan, a mentor at the ANAOA from her Portsmouth North constituency, Ms Mordaunt met the female officers after the graduation and saw the new accommodation buildings they have been based in. Later she visited 1st Battalion the Royal Anglian Regiment personnel who are conducting security assistance duties in Kabul.

Before arriving in Afghanistan the minister visited Bahrain, where she met Royal Navy personnel aboard the Portsmouth based minehunter HMS Chiddingfold, currently deployed to the Gulf.

The crew has been deployed to the Middle East since December 2014. They are coming into their last few weeks before returning to HM Naval Base Portsmouth in July.


It was a great privilege and honour to host the Minister for Armed Forces. The crew were able to highlight their professionalism in contributing to maritime security and wider regional stability. As the crew is Portsmouth based, this also provided a great opportunity for the Minister to meet sailors from her constituency.
​
The Minister’s visit provided recognition for the hard work that the sailors have continually shown in the past six months of deployment away and she wished them well for the remaining weeks prior to their return home.