Continuing the government’s commitment to help tackle the Ebola outbreak in west Africa, Headquarters 11 Infantry Brigade will take on a central command role.

Usually based in Aldershot, they will take over from 104 Logistics Brigade who have been in country since September 2014. 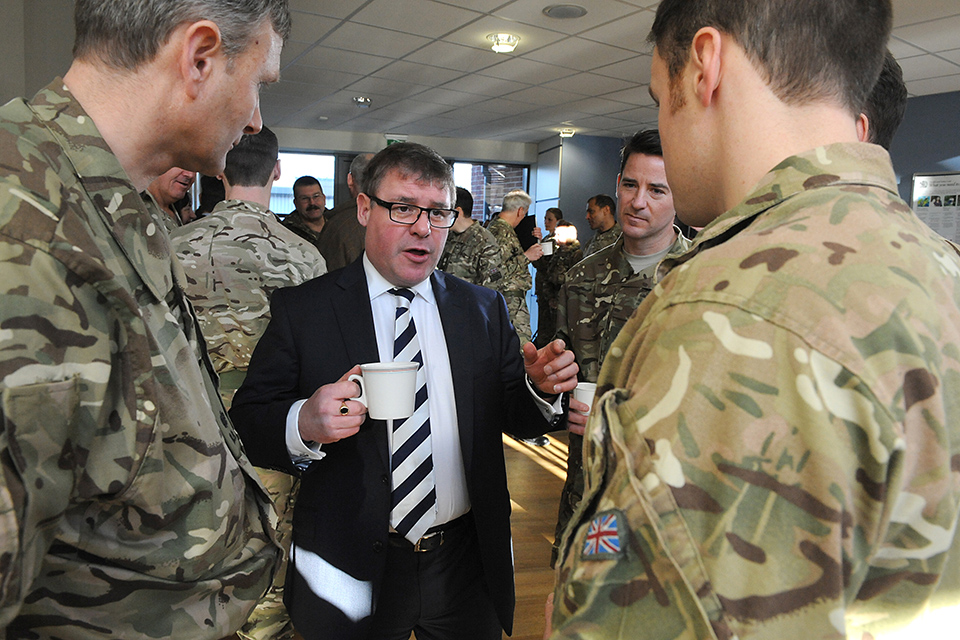 Minister for the Armed Forces, Mark Francois talking with troops from 11 Infantry Brigade prior to their deployment to Sierra Leone [Picture: Richard Watt, Crown copyright]

Headquarters 11 Infantry Brigade will make up the command element of the Combined Joint Inter-Agency Task Force which provides the command and control function in Sierra Leone.

Their main tasks will include planning, re-supply and logistics. Minister for the Armed Forces, Mark Francois, said:


On a recent visit to Sierra Leone I witnessed the vital role our armed forces are playing in helping to tackle the outbreak of Ebola in West Africa.

Our engineers, planners, logisticians and medics are providing a significant level of support to the people of Sierra Leone and the deployment of 11 Infantry Brigade is a continuation of the UK’s commitment.

We are very proud of the role our armed forces are playing.
​
Around 40 personnel will deploy to Sierra Leone at the end of this month.