Speaking on his first visit to Afghanistan the Minister reaffirmed the UK’s enduring commitment to the country.

Britain stepped up its support to Afghanistan this year, increasing by 50 the number of personnel in the country. They join personnel in country who are helping to train Afghan officers, advising the fledgling Afghan Air Force and working as advisors in the Afghan Security Ministries.

While UK and NATO combat operations drew to a close in 2014, Britain continues to support Afghanistan by training, advising and assisting the Afghan defence and security forces, as they continue to fight with increasing skill and capability. This year’s increase in support brings the total number of the personnel committed to the operation to 500; Britain’s second biggest overseas commitment after the campaign against Daesh.

During his visit, the Minister met with Afghan Cadet Behzad Hiedari, who won Sandhurst’s Overseas Sword of Honour. The prestigious honour is awarded to the best overseas cadet in each year’s class at the Royal Military Academy at Sandhurst. The award highlights the talent in Afghanistan’s security forces, which are being developed by the UK and our NATO Allies and partners.

One way in which British personnel are helping to develop Afghanistan’s security forces is through the Afghan National Officer Academy (ANAOA). Minister Penning visited the site during the visit and met with the UK personnel helping to ‘mentor the mentors’. Just as Afghan forces are in the lead for the security of their country, so are their UK-mentored officers, who are helping to train their country’s next generation of leaders. 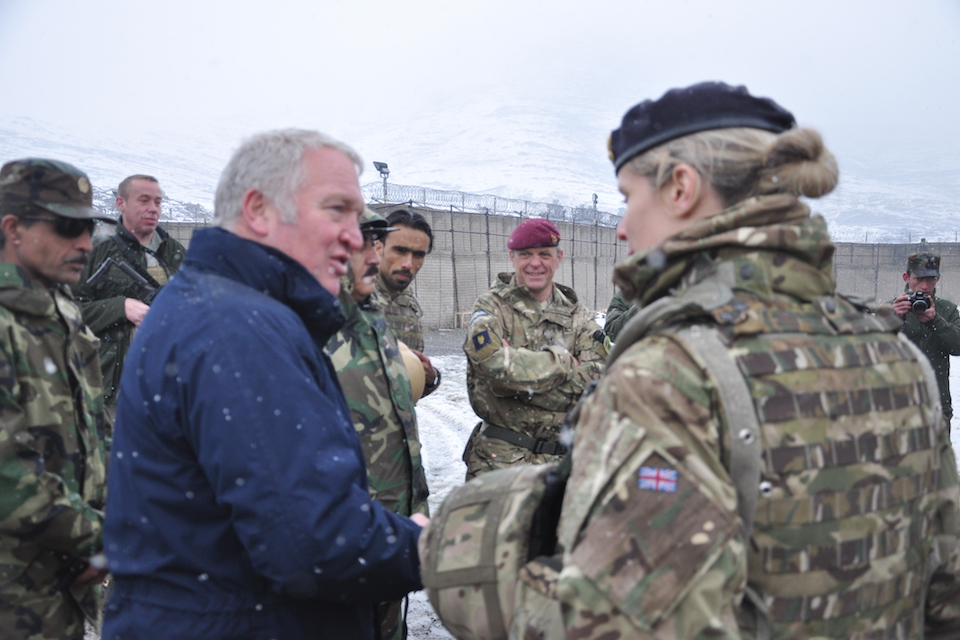 
Britain has an enduring commitment to Afghanistan. This year we’re stepping up our support to the country, and have deployed 50 extra personnel, some of whom I visited at the Afghan National Army Officer Academy, where the next generation of Afghan army leaders are being trained. The UK, along with our NATO Allies, is committed for the long term to developing the ever more capable Afghan National Security and Defence Forces to ensure Afghanistan is not a safe haven for terrorists.
​ 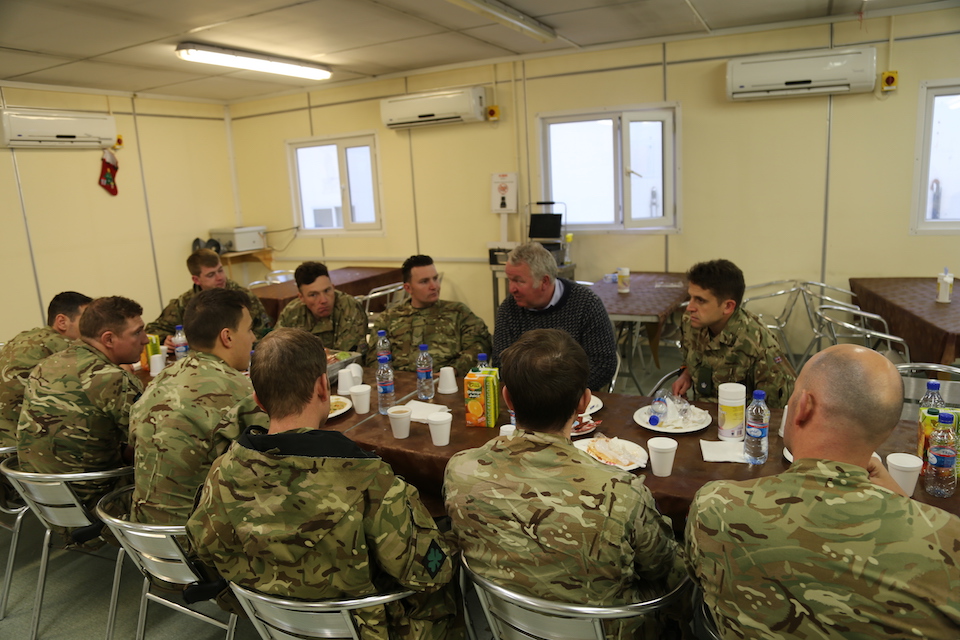 Lunch with UK personnel who mentor Afghan trainers at the Academy

Since 2014, UK mentoring assistance has helped the ANAOA train over 1500 high quality officers.

The Government committed last year to provide £210 million to the Afghan security forces, until 2020, giving around £70 million a year.