In 2014, over £100 million has been awarded through the Armed Forces Covenant to projects and schemes that benefit personnel, veterans and armed forces families.

The government is committed to ensuring that serving and former members of the armed forces, and their families, are not disadvantaged by their service and that they are given special consideration in some cases. The Covenant was enshrined in law in 2011.

This third annual report sets out the key achievements of 2014 and areas where more can be done.

It is encouraging that the value of the Covenant has continued to grow, and that every local authority in Great Britain and more than 370 businesses have signed up to the Community and Corporate Covenants respectively.


This is my first annual report since becoming Defence Secretary in July 2014, and I am extremely pleased with progress over the past year.

It once again demonstrates this government’s commitment to delivering our obligations under the Armed Forces Covenant.

We pledge to ensure that through the Covenant we will do the absolute best we can for our people.
​
The principles of the Covenant have delivered lasting change for the armed forces community. 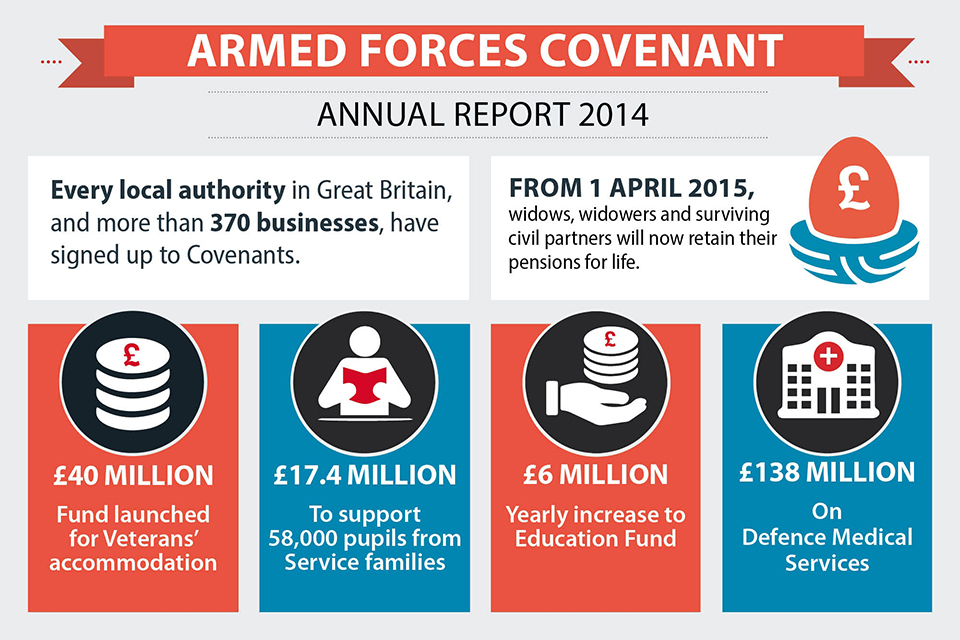 Key successes of 2014 include:

News story: Armed Forces Covenant to be extended as Annual Report is published