A dignified service of rededication was held for Petty Officer (PO) Charles McDonald yesterday, Thursday 10 May 2018, at the Commonwealth War Graves Commission (CWGC) Oostende New British Cemetery in Belgium, exactly 100 years after his death. PO McDonald, originally from Leith in Edinburgh, was formerly buried as an unknown British sailor. 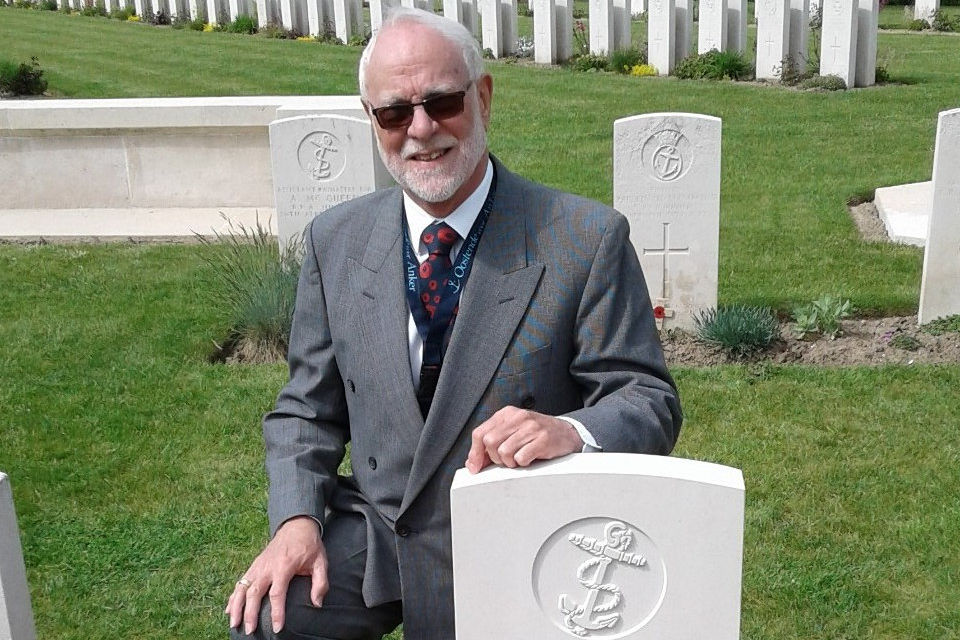 In May 1918, Charles McDonald was on loan to HMS Vindictive when it took part in the second Ostend raid, which was the second failed attempt to block the channels leading to the port. A successful blockade of these bases would force German submarines to operate out of more distant ports, such as Wilhelmshaven, on the German coast. This would expose them for longer to Allied countermeasures and reduce the time they could spend raiding.

In anticipation of a raid, the Germans had removed the navigation buoys and without them the Vindictive had difficulty finding the narrow channel into the harbour in heavy fog. When she did discover the entrance, a mechanical fault prevented her from turning fully broadside to block access; a German shell fired from a gun battery on shore hit the bridge, killing the commander and wounding or killing most of the bridge crew.

PO McDonald was climbing the stokehold ladder at the time, a shipmate confirmed that the ladder was shot away by the blast and Charles was never seen again. He was buried as an unknown British stoker, who died on 10 May 1918 whilst serving on HMS Vindictive. 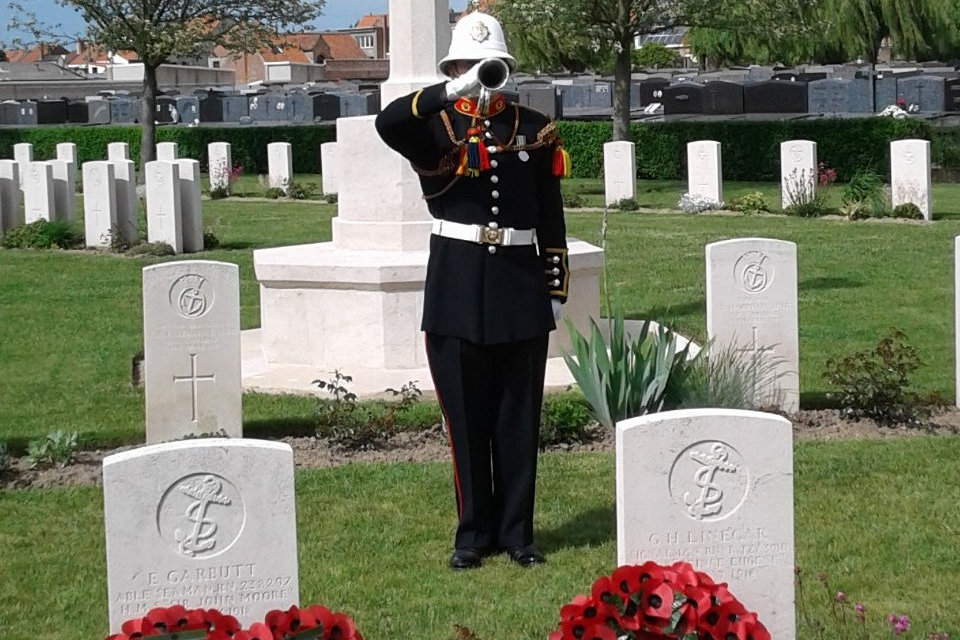 A bugler plays during the rededication service for PO McDonald, Crown Copyright, All rights Reserved

More recently, a historian with a firm interest in HMS Vindictive submitted clear and convincing evidence to the JCCC proving that the individual buried in Oostende new communal cemetery was Charles McDonald.


It is very poignant to be here today on the 100th anniversary of Charles’s death to be able to give him back his name and rededicate his grave to him.
​ 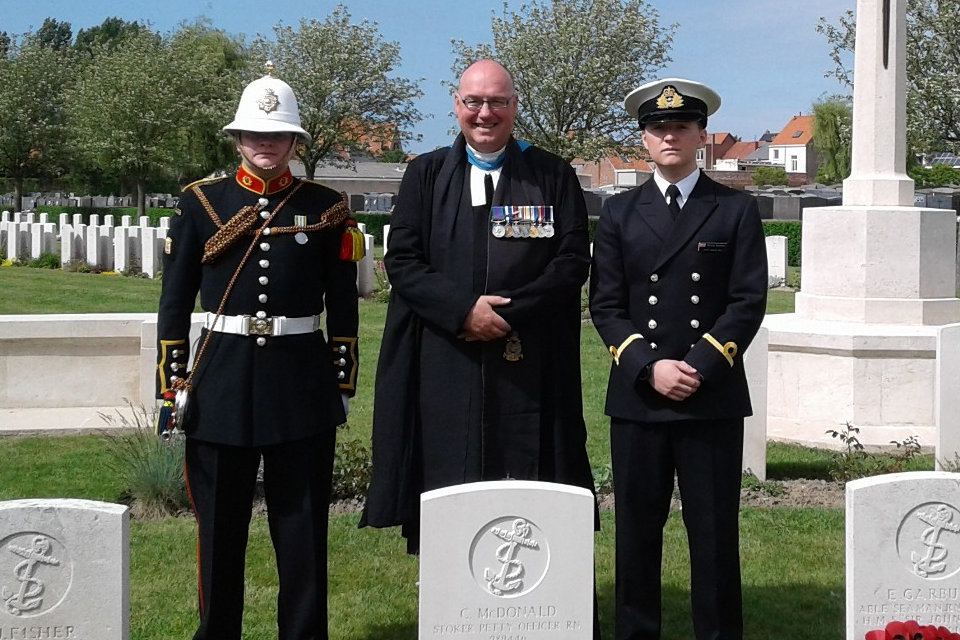 
PO Charles McDonald was clearly a sailor’s sailor having joined the Royal Navy in 1898 at the tender age of 18 years. He came from Leith, the port of Edinburgh and although we know little about him it is likely that the sea would in some way have been in his blood. The raid on Oostende on 9 and 10 May 1918 was a bold and brave assault which would have inevitably been costly in terms of lives. It is a privilege to lead a service today to commemorate PO McDonald as a fellow matelot and Scot. May his soul rest in peace and rise in glory and may we never forget the sacrifice of the few for the many.
​
David Avery of the CWGC said:


On the centenary of his death, we are privileged to be able to re-dedicate the grave of Petty Officer McDonald in the Commonwealth War Graves Commission’s plot in Oostende new communal cemetery. The CWGC are pleased that we are now able to pay tribute to this courageous sailor who had served his country for 20 years by marking his resting place with a headstone bearing his name.
​
Continue reading...